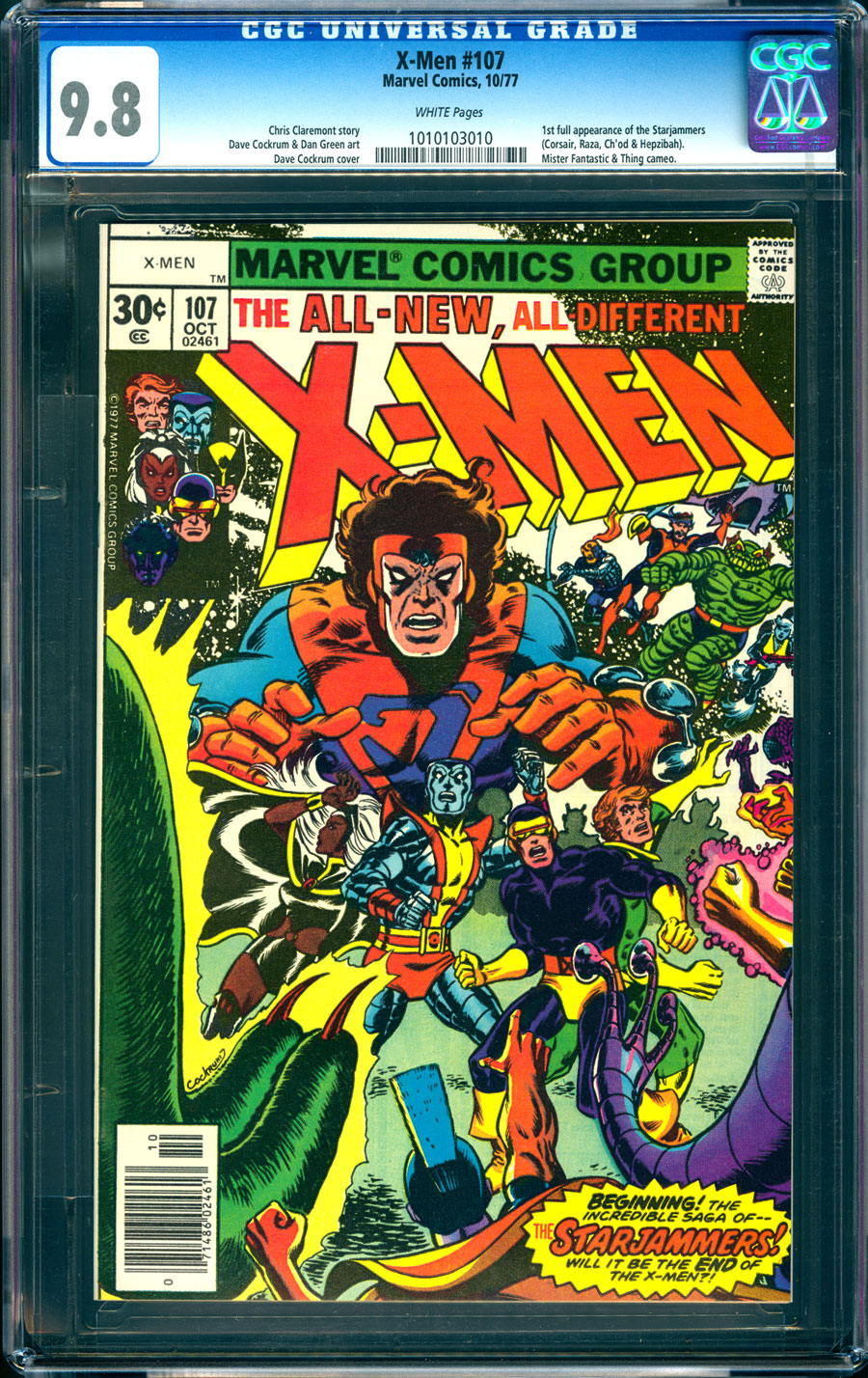 Watch
white pgs
1st full app. Starjammers
Key Comics Collection
Highest GradedThe Starjammers make their first appearance in X-Men #107, the space pirates bringing their variety of characters and bravado to the cosmic realm of Marvel, no doubt this team of intergalactic swashbucklers would be right at home in the MCU's current space opera wing. This book also features regular X-Men player Liliandra Neramini, and her brother D'Ken, who is determined to use the M'Kraan crystal to grant himself absolute power over his alien race, it is this crystal that ignites a chain of events that threathen to destroy the very fabric of the universe, and will forever alter the fate of the X-Men and Jean Grey.


This NM/M copy of X-Men #107 is one of the highest graded in the land which sustains its rich and chaotic palette splendidly with sharp edges, and inks that appear freshly printed.
Artist Information