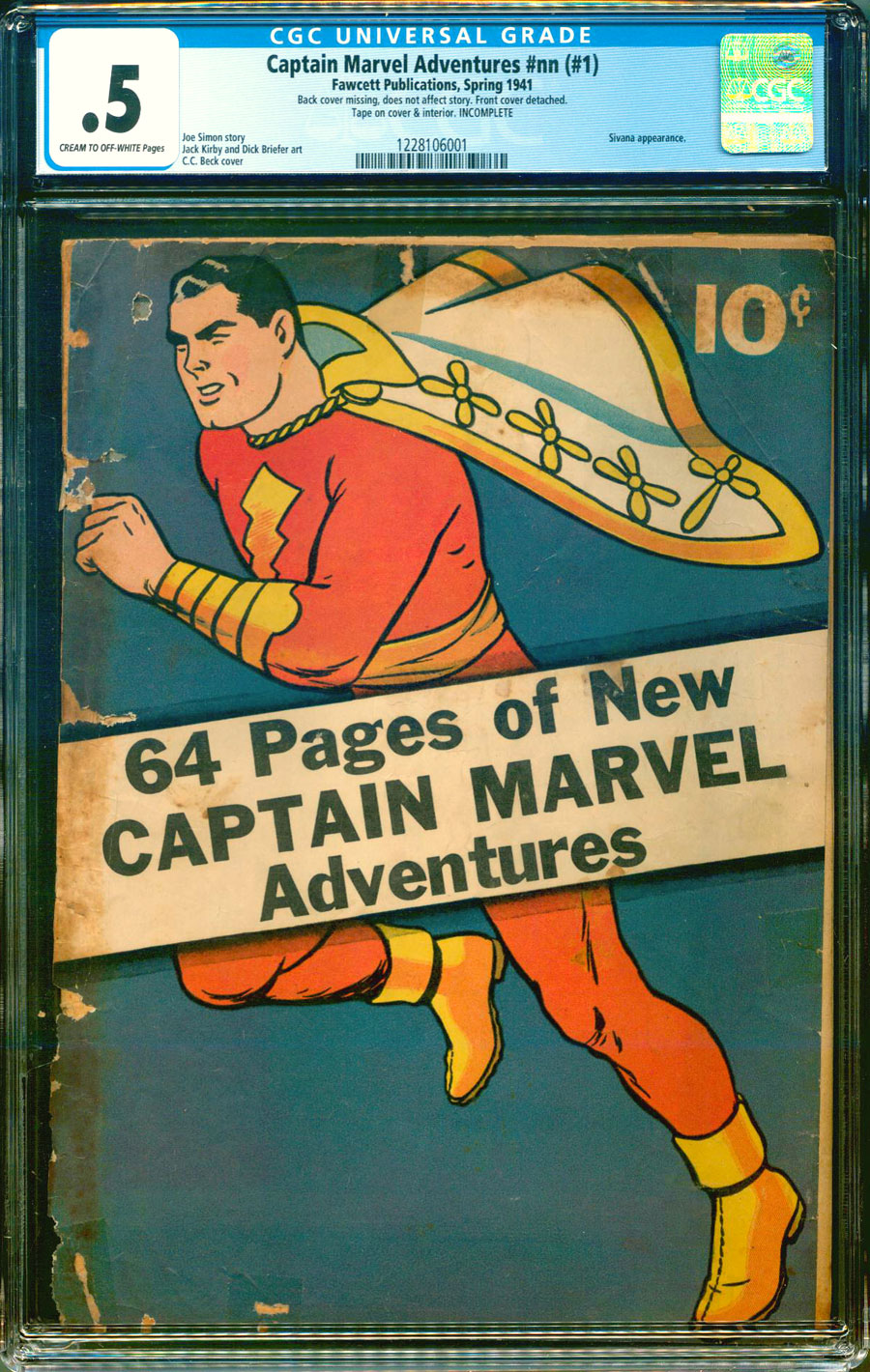 Highest Offer
3
Offers
FYI there's no need to include decimal points(.).
Offer Confirmation
You are about to submit an offer of . If accepted, you are legally obligated to purchase the book. Are you sure you want to continue?
FYI there's no need to include decimal points(.).
Buy Confirmation
You are about to buy this item for , and will be legally obligated under the terms of our User Agreement to pay for it in a timely fashion. Continue?
PUBLISHER: Fawcett
COMMENTS: crm/ow pgs, bc missing, does not affect story, fc dtch, tp on cvr & intr; Incomplete
C.C. Beck cvr; Jack Kirby, Dick Briefer art; 1st Captain Marvel in own title, Sivana app.
Read Description ▼
Sell One Of These Inquire About This

Watch
crm/ow pgs, bc missing, does not affect story, fc dtch, tp on cvr & intr; Incomplete
C.C. Beck cvr; Jack Kirby, Dick Briefer art; 1st Captain Marvel in own title, Sivana app.Believe it or not at one time Captain Marvel outsold Superman. DC was so threatened by the Big Red Cheese that they sued Fawcett for copyright infringement. Eventually DC won, but that is another story completely. This 1941 premiere of Captain Marvel Adventures contains art by none other than Jack Kirby.