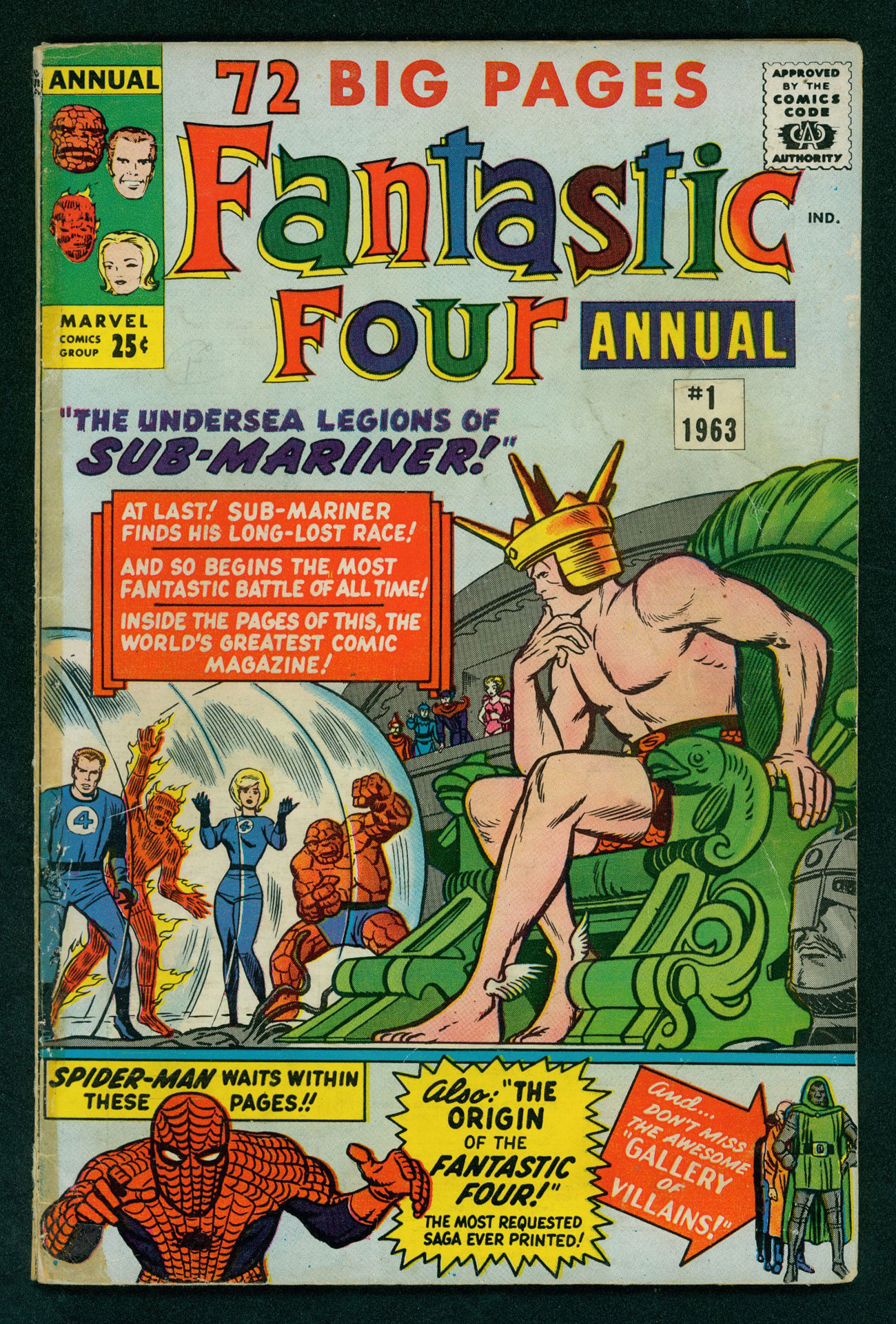 $85.00
Highest Offer
4
Offers
Offer Confirmation
You are about to submit an offer of . If accepted, you are legally obligated to purchase the book. Are you sure you want to continue?
Buy Confirmation
You are about to buy this item for , and will be legally obligated under the terms of our User Agreement to pay for it in a timely fashion. Continue?
PUBLISHER: Marvel
COMMENTS: tp stains at sp
origin of Fantastic Four; Spider-Man cover; origin of Sub-Mariner & 1st SA app. Atlantis
Read Description ▼
Sell One Of These Inquire About This

Watch
tp stains at sp
origin of Fantastic Four; Spider-Man cover; origin of Sub-Mariner & 1st SA app. AtlantisExpanding the Marvel Universe bit by bit, this annual featured the retelling of the FF origin and the deepening of the tug-of-war between the imperious Prince Namor and our surface-dwelling heroes. Whether this appearance was meant to build interest in the Spider-Man title, or meant to draw Spider readers into the Fantastic Four orbit isn't certain, but it's one more example of Lee and Kirby's determination to create a bustling, big world for their new heroes to play in, and for readers to become addicted to.
Artists Information