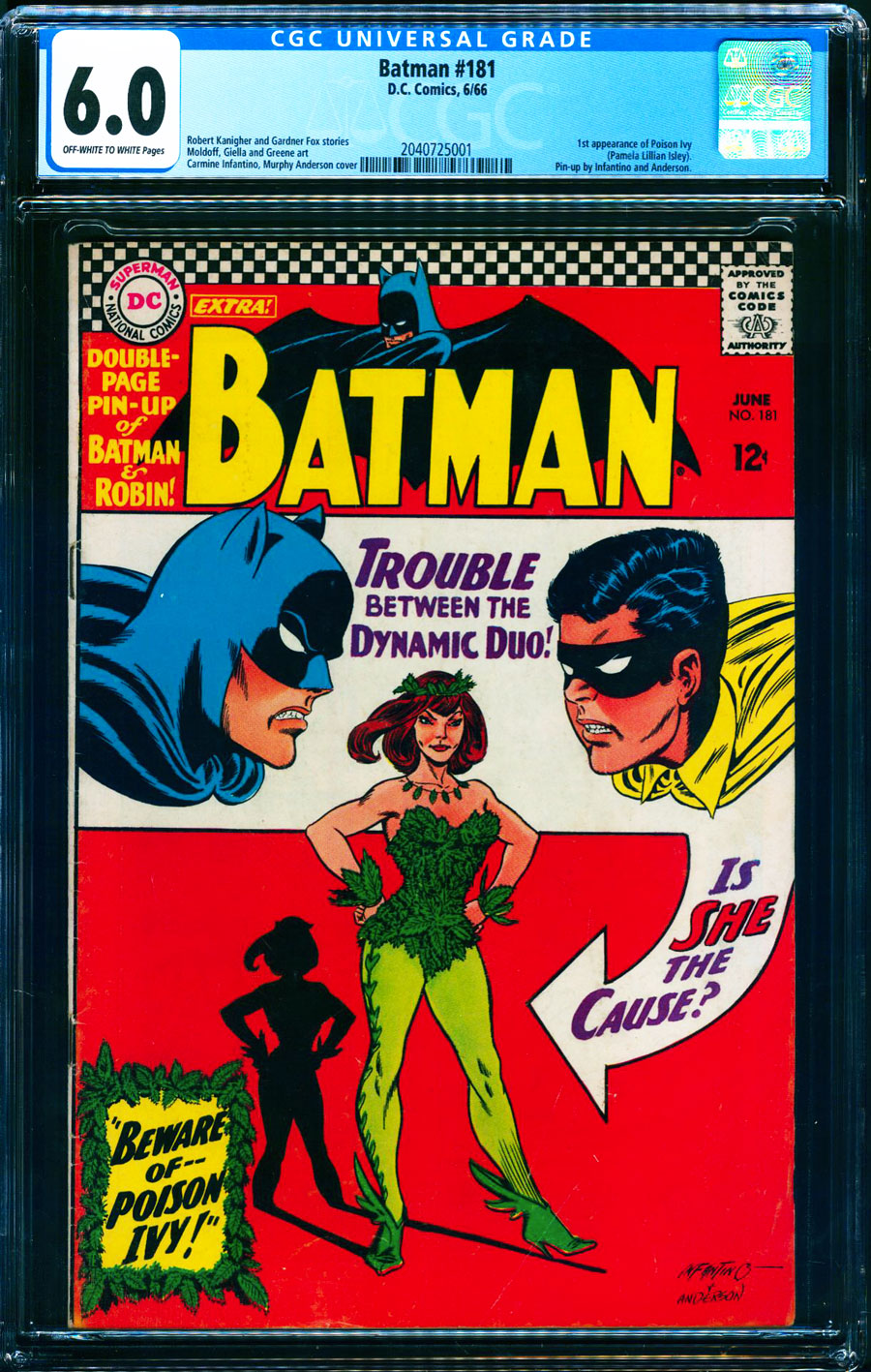 $585
Sold For
20
Bids
This auction has ended.
PUBLISHER: DC
COMMENTS: ow/white pgs
Infantino/Anderson cover; 1st app. of Poison Ivy
Read Description ▼
Sell One Of These Inquire About This

Watch
ow/white pgs
Infantino/Anderson cover; 1st app. of Poison IvyInspired by a Nathaniel Hawthorne story, Robert Kanigher and Shelly Moldoff created the femme fatale Poison Ivy, immune to all toxins and able to control plants with her mind, the character's designers would have had no clue how Ivy would grow in stature to become one of the Bat-Mythos' most popular figures. Her romantic entaglements with Batman are the stuff of legend, and this issue is where it all started. Serious fans of Poison Ivy need to own a copy of this book.
Artists Information