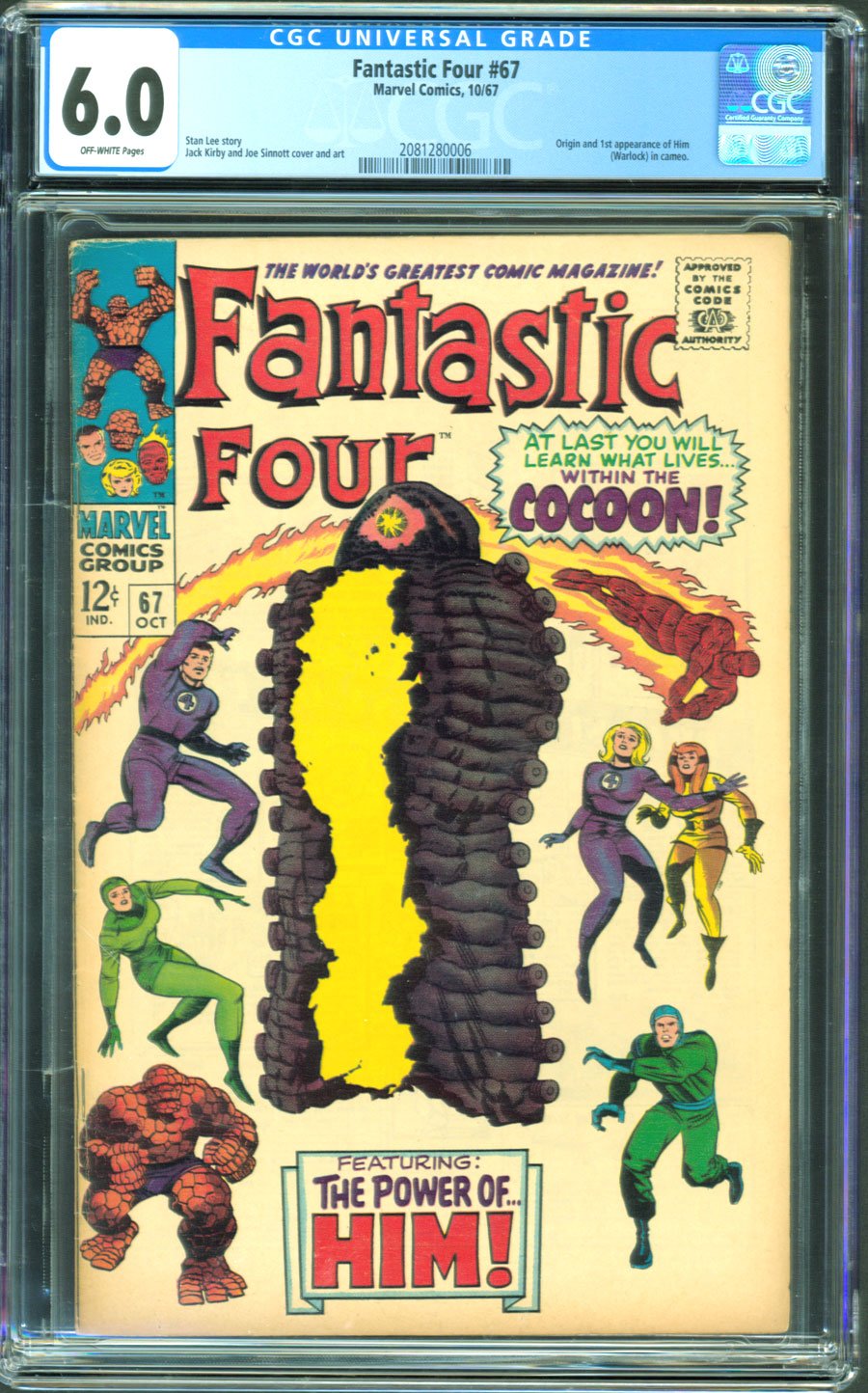 $138.00
Sold For
2
Offers
PUBLISHER: Marvel
COMMENTS: ow pgs
Kirby cvr/art; origin and 1st app. Him (Warlock)
Read Description ▼
Sell One Of These Inquire About This

Watch
ow pgs
Kirby cvr/art; origin and 1st app. Him (Warlock)Fantastic Four #67 features the first appearance and origin of Adam Warlock formerly known as "Him" following a brief cameo in issue #66. Initially the mysterious character had a minor role in Fantastic Four, but eventually, as Warlock, he would go on to flourish in the Marvel Universe after being revamped by writer/artist Jim Starlin as an allegorical messiah in Marvel Premiere #1. Later he would go on to star in several Strange Tales issues; as he was featured in more cosmic adventures, he would become an archenemy to the Mad Titan, Thanos, and subsequently play a key role in the notorious Infinity Saga. There the character would become beloved by fans and enjoy decades of success in the comics, as well being featured in several Marvel licensed video games and TV shows. Though he has yet to make a full appearance in the MCU, Warlock's cocoon made a brief cameo at the end of “Guardians of the Galaxy 2” amid rumors of Keanu Reeves portraying the character. With the Fantastic Four’s reboot in the production phase and rumors of Adam Warlock possibly joining the mix, the value of this book is likely to shoot up within the next few years.
Artists Information