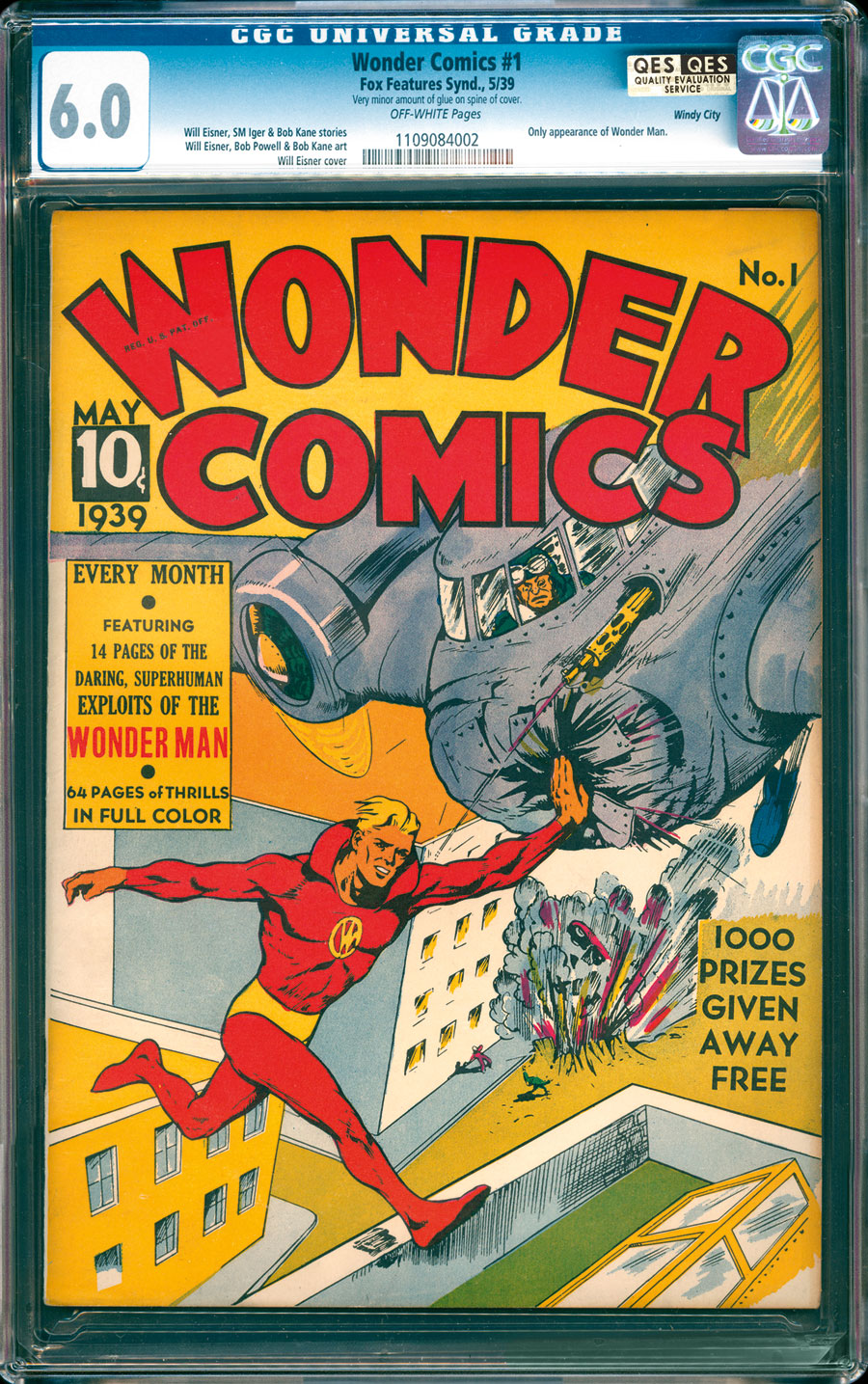 Watch
John Wise Collection; off white pgs; vry mnr amt of glue on spine of cvr; QES Certified - Criteria met: Preferred staple placement + Flawless staple area +preferred cover edges
Will Eisner story, cvr/art; Bob Kane art; 1st and only app. of Wonder Man
Windy City CopyWonder Comics #1 owns a special little piece of comicbook history, you see, this issue is the one, and only ever, appearance of Wonder Man. Why, you may ask, did this character only survive through the first issue of his self-titled book? Let's just say it has something to do with one Clark Kent aka Superman, and the obvious resemblances between the two super-beings. DC sued Fox Publications over perceived copyright infringement, and the Will Eisner character was forced into early retirement, but has remained forever in comicbook lore. Wonder Comics, however, persisted, then morphed into the respected Wonderworld Comics after a few issues, which became the home of another Golden Age hit, The Flame, who would then go on the become the inspiration for the Human Torch, but that, my friends, is another story.Golden Age books become increasingly difficult to find in high grades and a character as short-lived as Wonder Man leaves his singular appearance a rarer find still. This copy is in truly splendid condition with a neat and clean presentation. The edges are straight, the QES Certified cover clear and saturated, this brilliantly preserved Windy City pedigree copy is sure to be a major draw for rarity hounds.