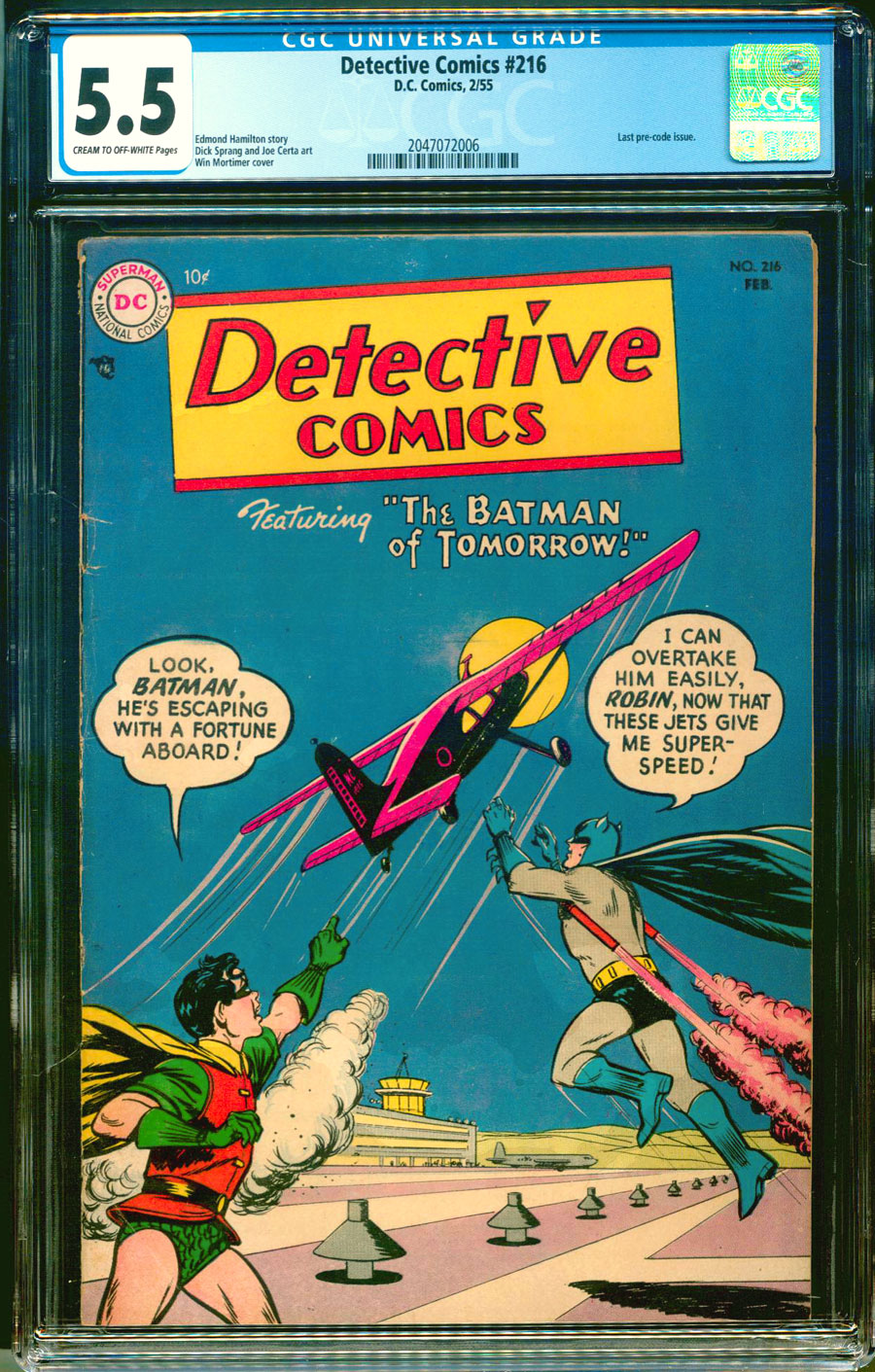 $230
Sold For
15
Bids
This auction has ended.
PUBLISHER: DC
COMMENTS: crm/ow pgs
robot story
Phantom Lady Collection
Read Description ▼
Sell One Of These Inquire About This

Richard W. Sprang was an American comic book artist and penciller, best known for his work on Batman during the Golden Age of Comic Books. Sprang was responsible for the 1950 redesign of the Batmobile and the original design of the Riddler, who has appeared in film, television and other media adaptations. Sprang's Batman was notable for his square chin, expressive face and barrel chest.