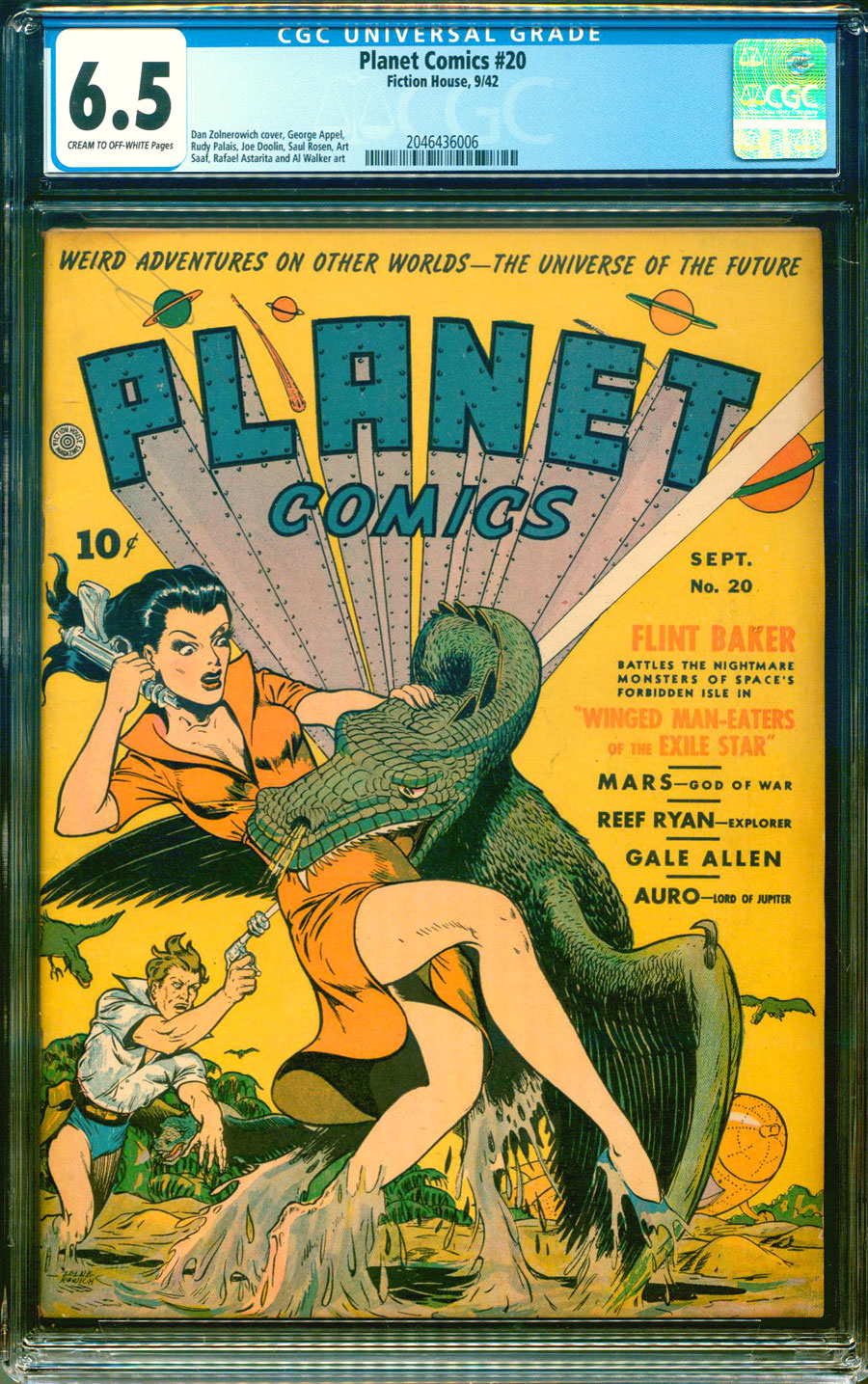 Joe Doolin was an illustrator for pulp magazines like Weird Tales, Air War, Thrilling Adventures, Texas Rangers and Planet Stories from the 1920s throughout the 1940s. He worked as a comic book artist for Fiction House in the 1940s, drawing features like 'Auro', 'Captain Terry Thunder', 'Crash Barker', 'Mysta of the Moon', 'Rangers of Freedom', 'Suicide Smith' and 'Simba'.

Dan Zolnerowich was an artist during the Golden Age of Comics. He started out at the Eisner-Iger Studio in 1939, and eventually worked through the Iger Studio until 1944. He is best known for his work for Fiction House, where his credits include 'Super American', 'Suicide Smith', 'Kaanga', 'Kayo Kirby', 'The Hawk', 'Captain Terry Thunder' and 'Captain Wings'.

Golden Age artist who worked in war comics during WWII, then worked at Timely, Dell and Real Life Comics, he found work in TV storyboarding and creating commercial art, came back to work at DC in the 70s on romance books before leaving comics for good to return to ad work.