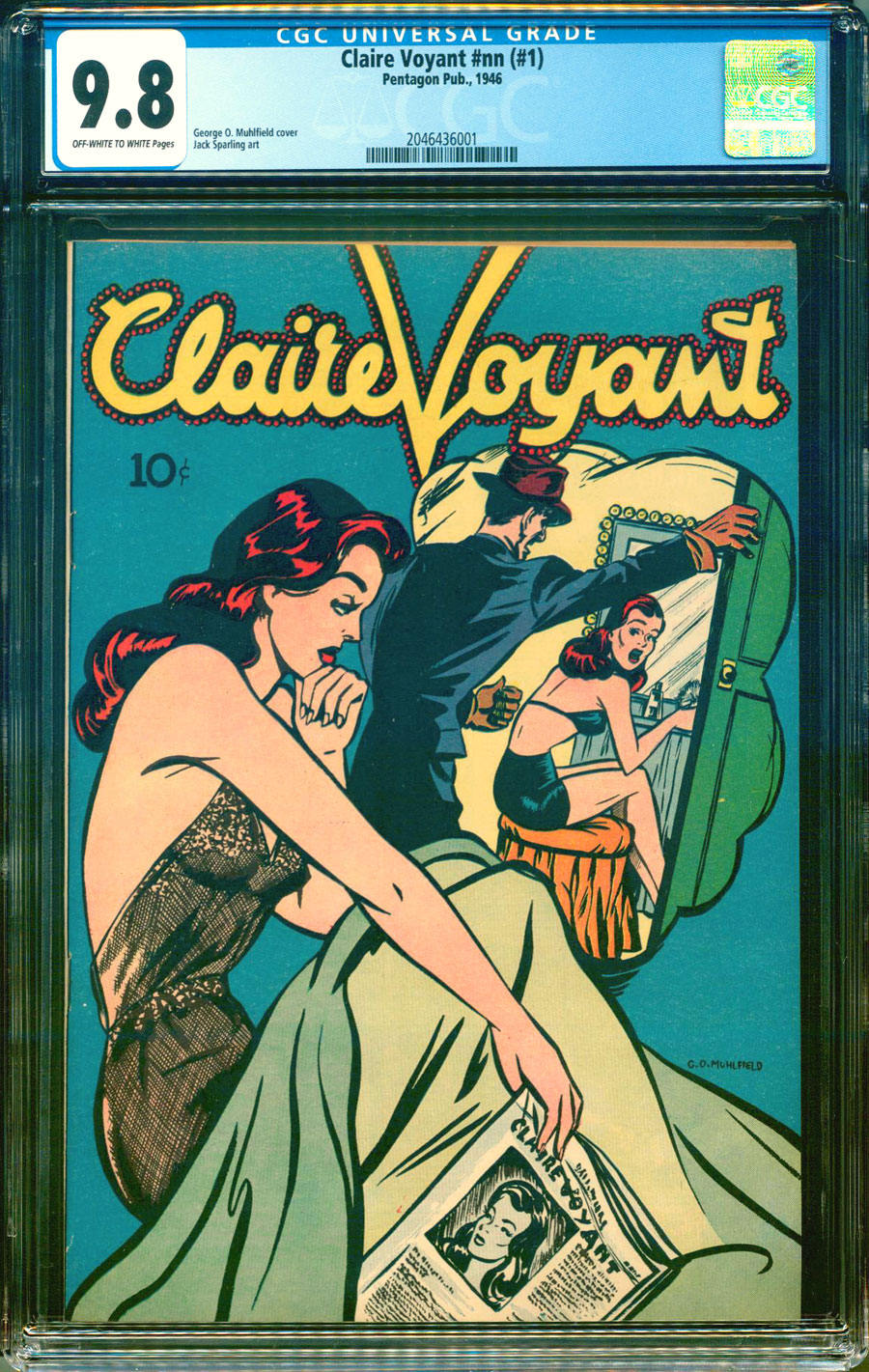 $4,077
Sold For
16
Bids
This auction has ended.
PUBLISHER: Standard
COMMENTS: ow/white pgs; 1 of 1 at the top!
classic lingerie cover
Phantom Lady Collection
Highest Graded
Read Description ▼
Sell One Of These Inquire About This

Watch
ow/white pgs; 1 of 1 at the top!
classic lingerie cover
Phantom Lady Collection
Highest GradedClaire Voyant began life as a comic strip that was illustrated by respected Golden Age artist Jack Sparling - found adrift in a lifeboat the heroine suffered from amnesia, but had obtained psychic powers, making her one of the earliest female superheros in comics. This racy cover is a wonderful example of GA Good Girl Art, and the addition of crime elements makes this book doubly desireable. A real treat from the Standard imprint, the first comic book appearance of Claire Voyant is popular amongst GGA collectors.


The highest-graded copy on the census, a stunning 9.8 uncovered in the new-to-market Phantom Lady collection, this is another esoteric and important comic that has survived in impossible condition.
Artist Information