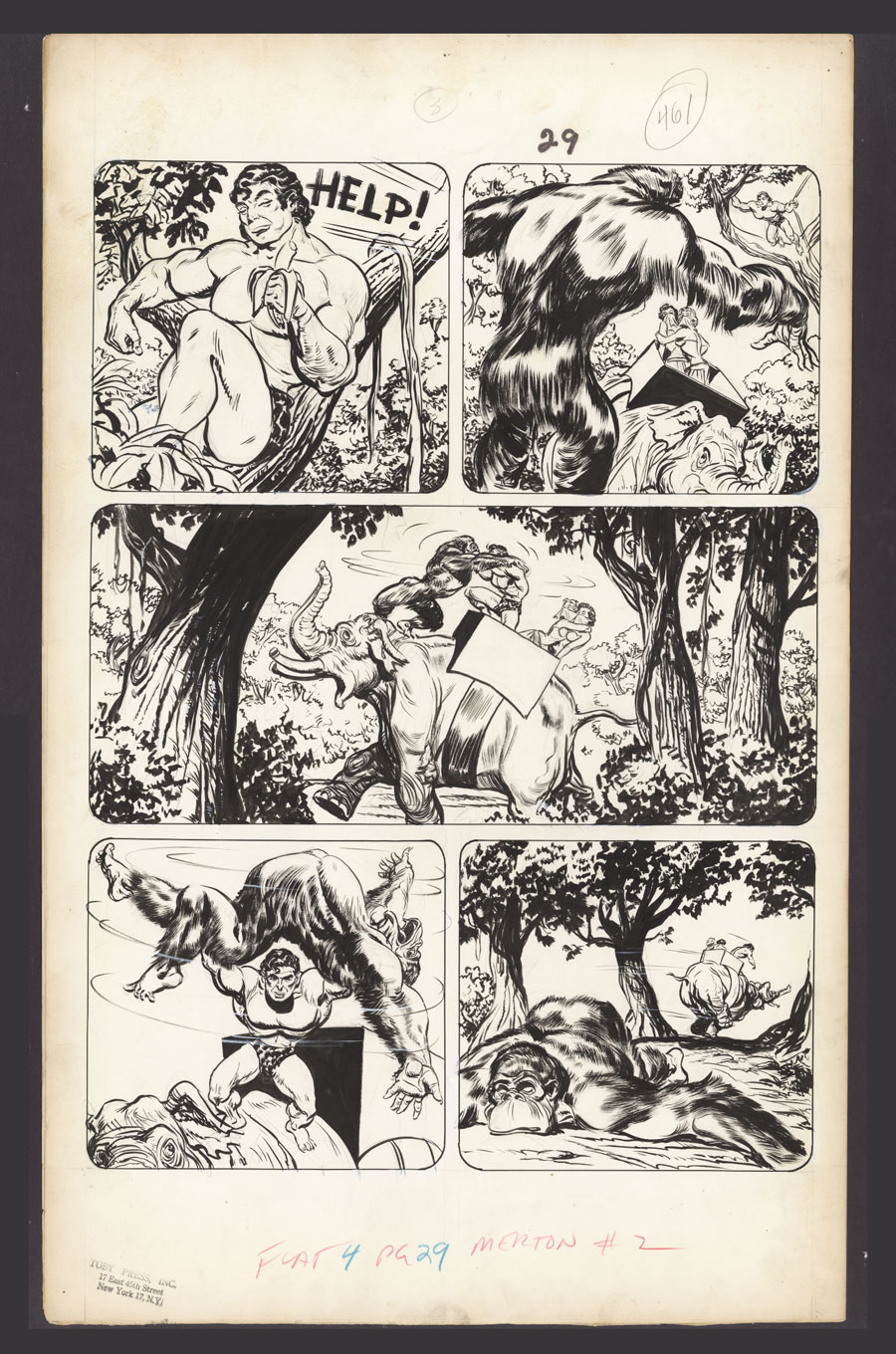 Watch
Pg. 29; Jack Sparling art; image size 13.25" x 18"
"Peggy Dean and Mature Ham"
Phantom Lady CollectionMeet Merton was a humor title with the obvious intent of cashing in on the Archie market, the hapless teenager and his two feamle friends, one blonde, one brunette, well, you get the picture...But this nifty little story in the back pages of issue #2 of Merton, "Peggy Dean and Mature Ham" is a diamond in the rough, it tells the tale of a Tarzan-esque he-man and his on screen exploits, which involve wrestling with an assortment of wild animals, who turns out to be not so macho after all. This story winks at the behind-the-scenes lives of Hollywood actors, and does it with great gusto, although the artist here is uncredited, it is obvious a seasoned talent was responsible for this nifty piece of mid-fifties satire that would not seem out of place in Mad Magazine.
Artist Information