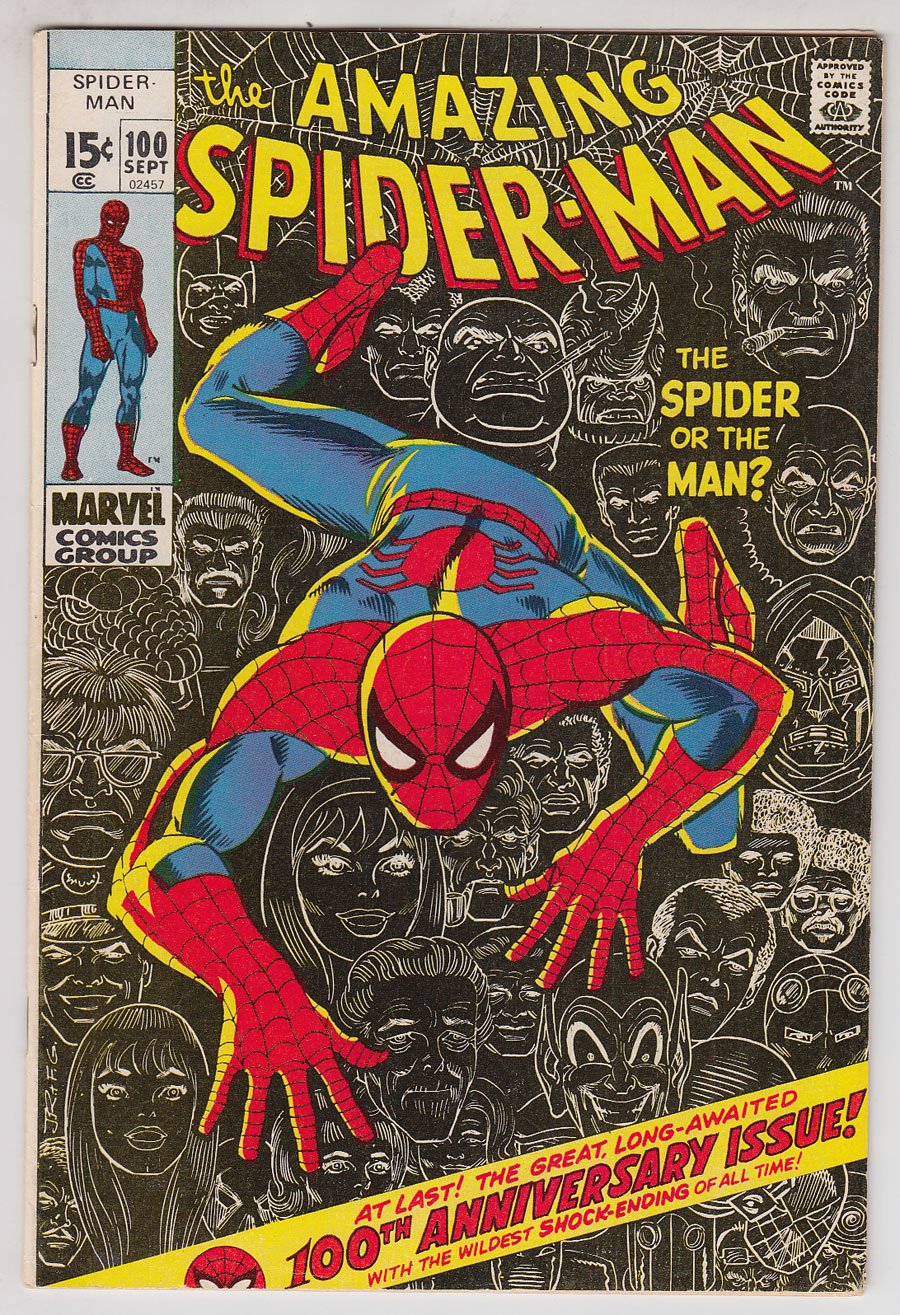 Watch
white pgs; wrtng bc
Romita cover; 100th anniversary issueCover pencils by John Romita, inks by Frank Giacoia. The Spider or the Man?, script by Stan Lee, pencils by Gil Kane, inks by Frank Giacoia; Peter Parker concocts a potion to take away his powers forever; He passes out and wakes up with 6 arms. Cameos by the Green Goblin, the Kingpin, Doctor Octopus, the Vulture, the Lizard, and Captain Stacy.
Artists Information