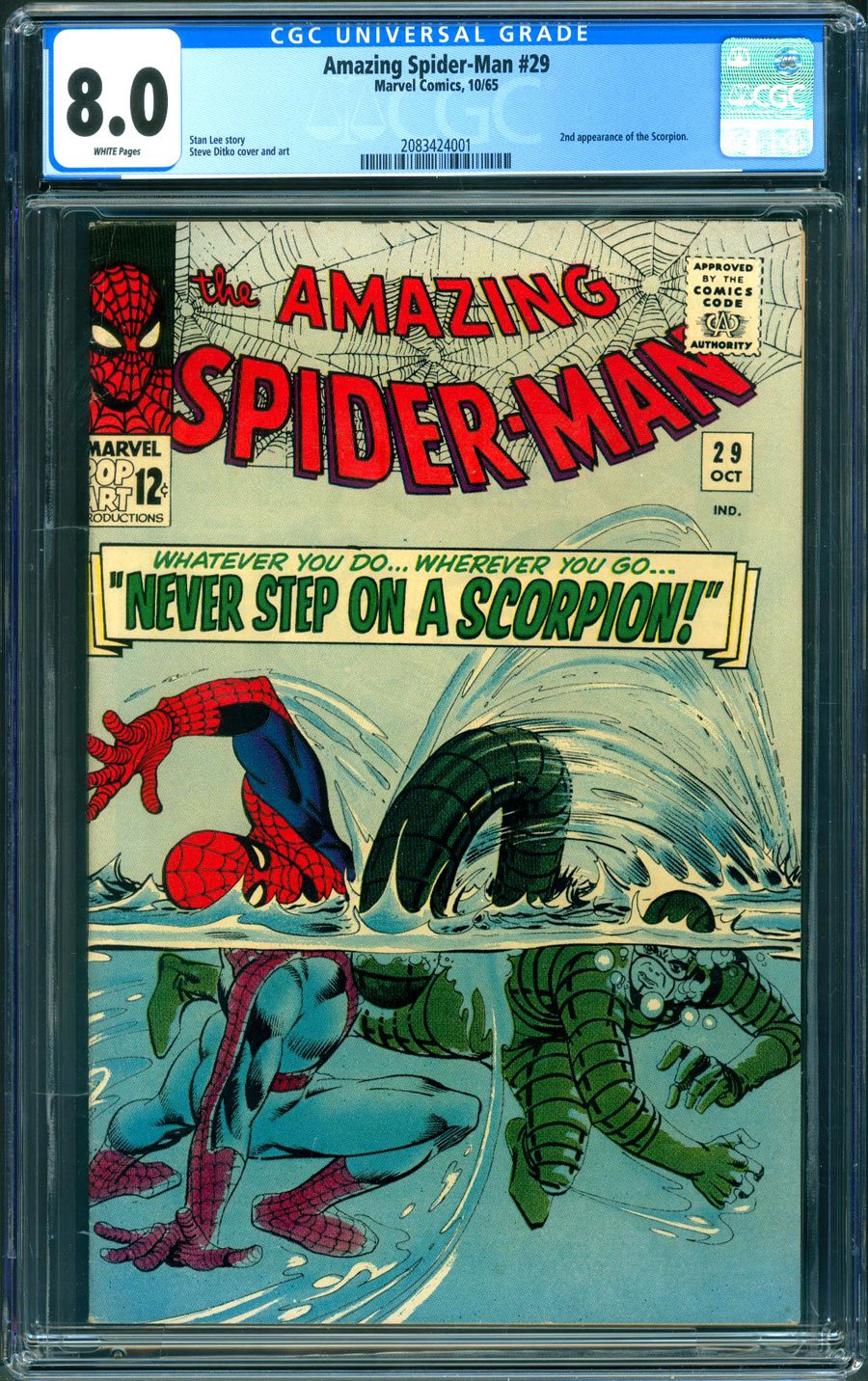 Watch
white pgs
Ditko cvr/art; 2nd app. ScorpionThe dubious title of Amazing Spider-Man #29 is "Never Step on a Scorpion! or You Think It's Easy to Dream Up Titles Like This?," which was an obvious nod to Stanley Kubrick's similarly named "Dr. Strangelove or: How I Learned to Stop Worrying and Love the Bomb." This sort of savvy in-joke shows how ensconced Spidey was in the pop-cultural consciousness of the mid-60s, as fans of high art were also wallowing in the gutter of comic books to get their cheap thrills during the turbulent decade.