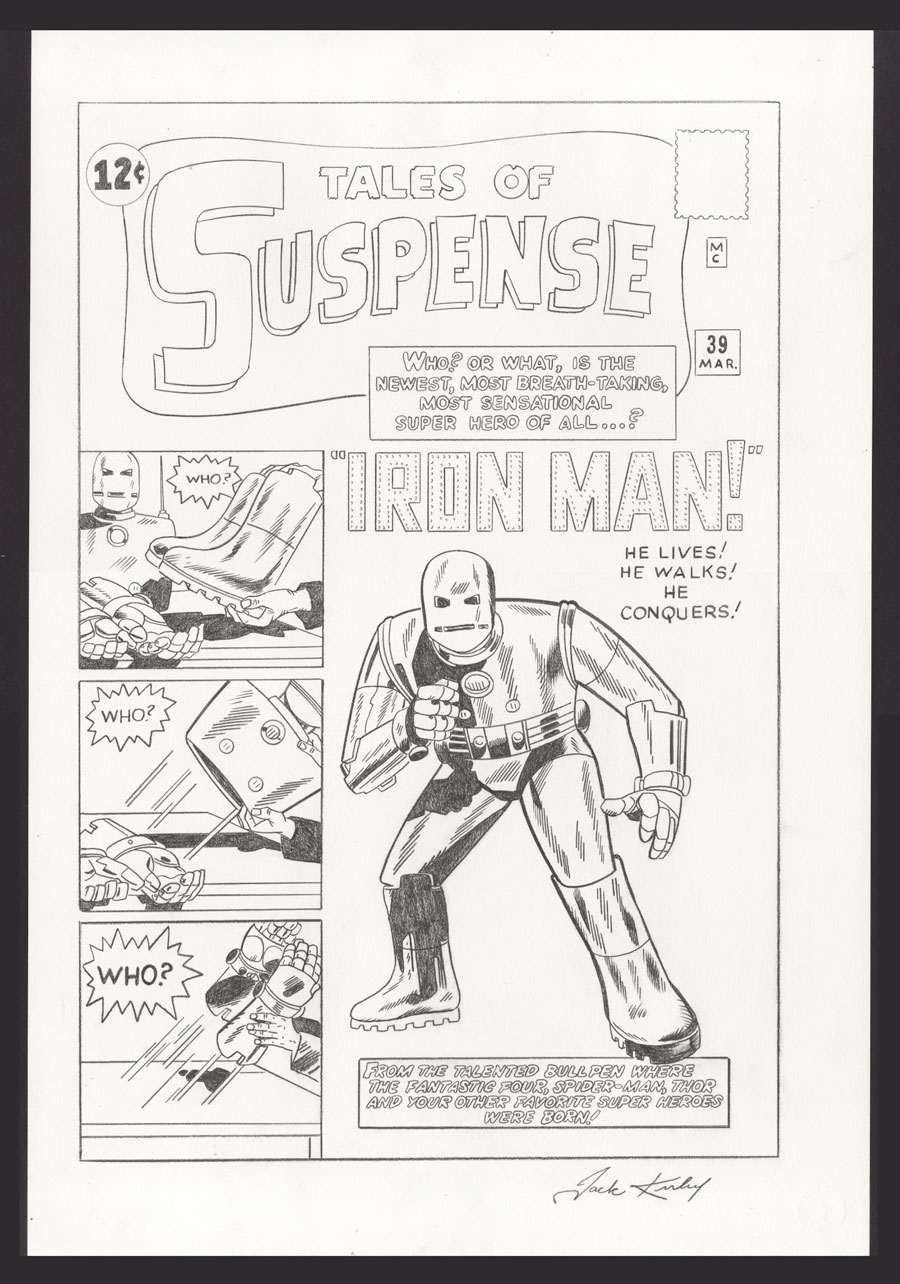 $23,839
Sold For
38
Bids
This auction has ended.
PUBLISHER: Marvel
COMMENTS: RECREATION; art by Jack Kirby (see description for more information) and signed by Kirby; COA included; image size 12.5" x 16.75"
"Iron Man!"
Read Description ▼
Sell One Of These Inquire About This

Watch
RECREATION; art by Jack Kirby (see description for more information) and signed by Kirby; COA included; image size 12.5" x 16.75"
"Iron Man!"In 1993-1994, Sotheby's Auction House struck a unique partnership with Marvel and the Kirby family to procure and sell a group of recreations of some of the most iconic Silver Age Marvel comic book covers. The proceeds of these sales were intended to benefit the Kirby family and estate. Three pencil-only recreations by Jack Kirby were sold at auction in June of 1994: Amazing Fantasy #15, Amazing Spider-Man #1, and Tales of Suspense #39. We are thrilled to offer the absolutely stunning, large-sized recreation of TOS #39, featuring the first appearance of Iron Man. Since the whereabouts of the original cover is unknown, this may be the closest a collector will ever get to owning this iconic illustration. It's worth noting that Jack Kirby did several cover recreations outside of the Sotheby's commissioned pieces but refused to produce more than one copy of any cover, making this the only Kirby attributed cover recreation of TOS #39 in existence! Sadly, Jack died before the auction took place.

This piece is not free from controversy, as some bloggers and comic historians have speculated that Jack had assistants help him with his work later in life. If he had assistance with this piece is unknown. Regardless, this is an accurate recreation of one of the most significant images of the Silver Age of Marvel Comics. It comes with the original certificate of authenticity from Sotheby's, signed posthumously by Roz Kirby on Jack's behalf.

Iron Man was one of the major superheroes to debut during Marvel's Silver Age, the Armored Avenger has been a key character throughout the entire Marvel Universe since his debut and has played a central role in the incredibly successful MCU. Tales of Suspense #39 remains one of the most iconic Marvel covers of all time, inspiring numerous homages over the years.

All original art sales are final.