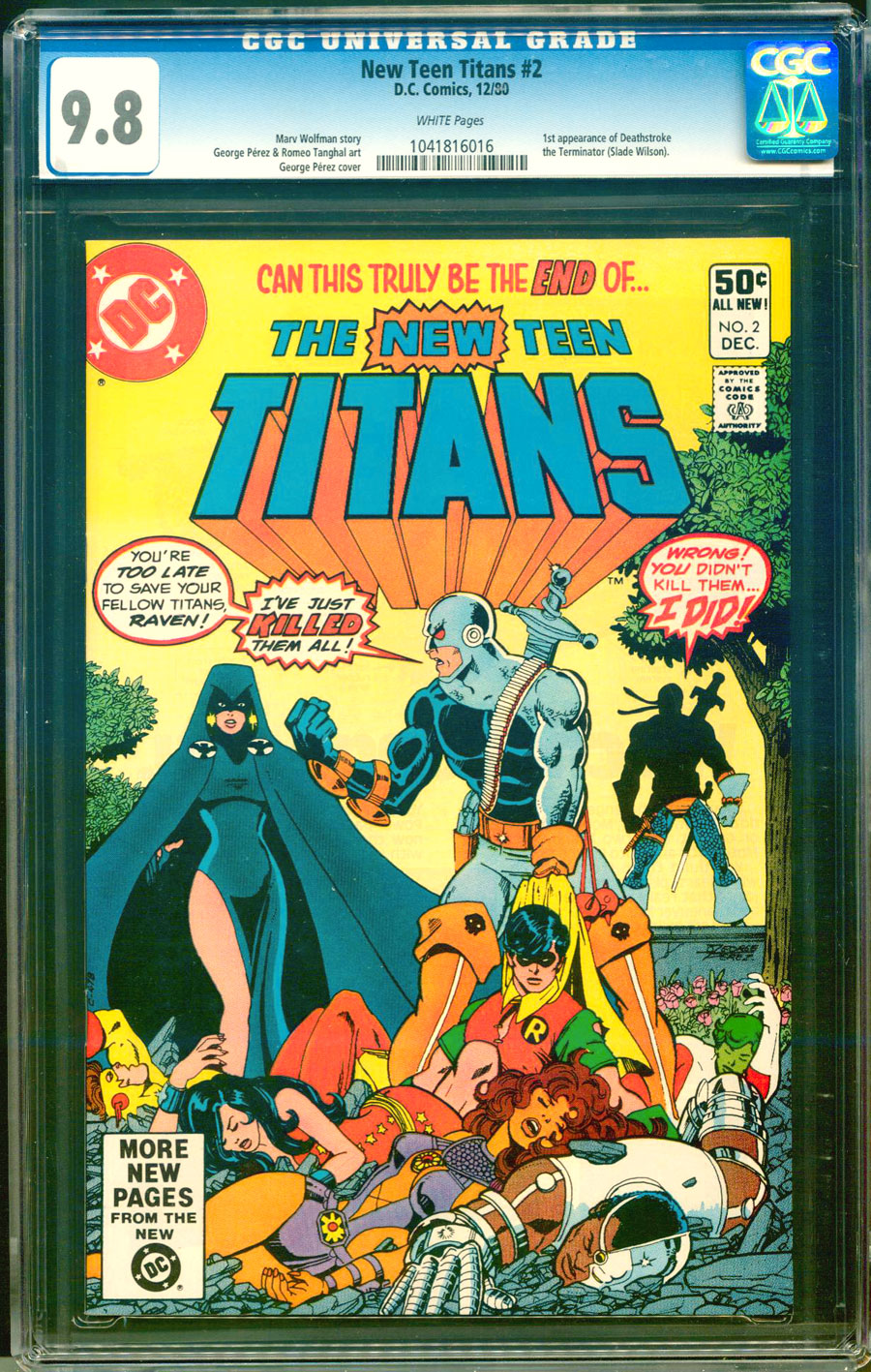 DESCRIPTION
Share This:
white pgs; only 1 copy graded higher!
Perez cvr/art; 1st app. Deathstroke (the Terminator)New Teen Titans #2 introduces mercenary assassin Deathstroke aka Slade Wilson who's been a longtime fan-favorite villain for decades. Created by Marv Wolfman and George Perez DeathStroke the Terminator is presented as an archenemy to the Teen Titans but more specifically Dick Grayson aka Nightwing. However, over the years, writers have turned Deathstroke into an adversary for other superheroes in the DC Universe, including Batman and the Green Arrow. Deathstroke is described as a merciless assassin who's as ruthless as the Joker with almost no moral code, which garnered him a large fan base and led to him starring in his own solo title. Though the character predates James Cameron's film “The Terminator” DC has since dropped that moniker from Slade’s name and simply refer to him as Deathstroke. In 2003 fans were treated to Deathstroke’s first animated TV show appearance in Cartoon Network’s Teen Titans, voiced by Ron Perlman. Since then the character’s popularity grew vastly, where he would go on to appear in a number of DC licensed TV shows and video games, including 2012's hit show "Arrow" where he was the main villain for the second season. Deathstroke also made a cameo appearance in the post-credits sequence of 2017's “Justice League” where he was meant to serve as the main villain for the next Batman movie, however, this is now an uncertainty as there are new writers for the movie. The DCEU has opted for a Deathstroke solo film due to the character’s popularity and is currently in pre-production. With his popularity growing through each adaptation fans and collectors can assuredly expect this book to be in high demand in the next few years.