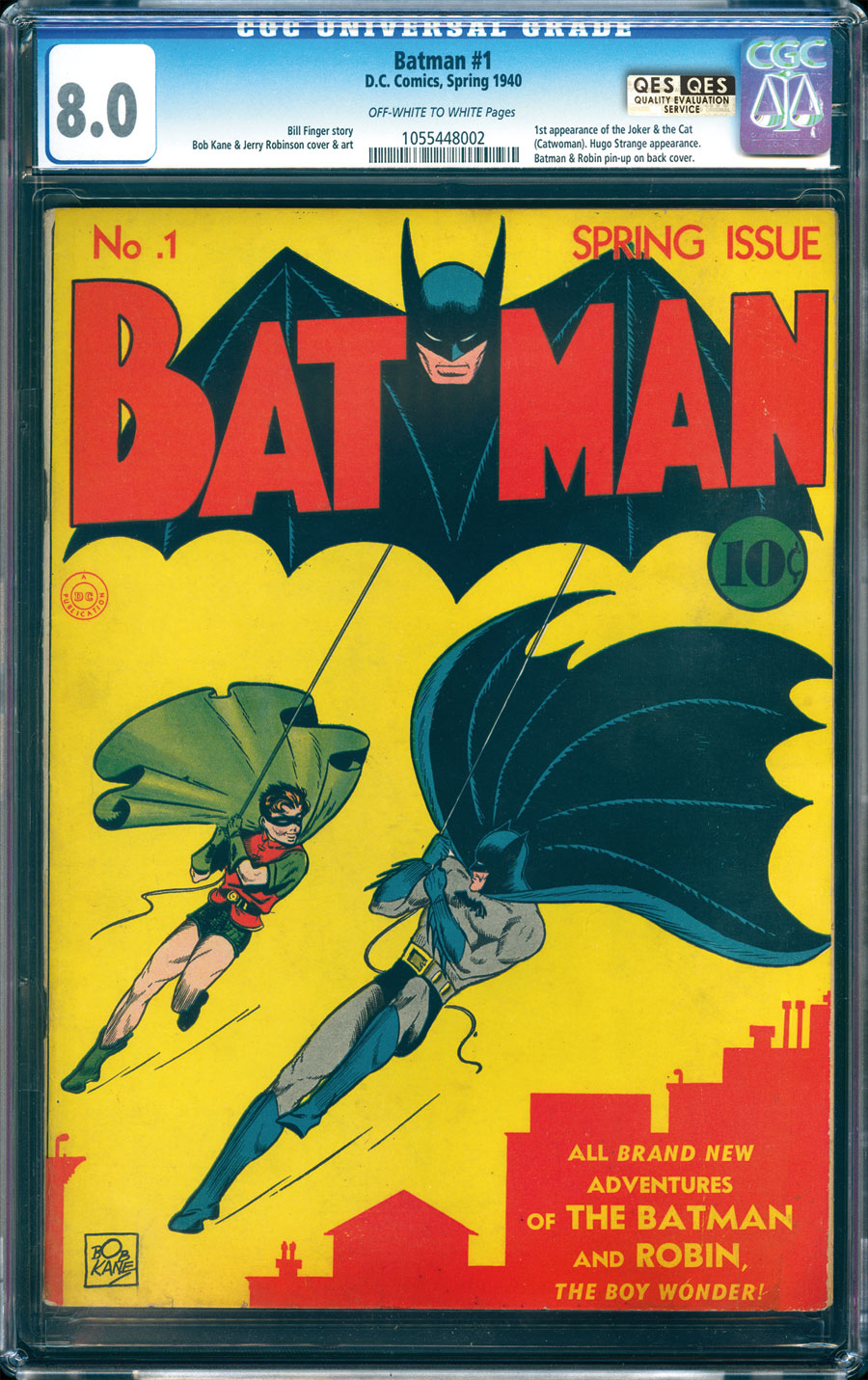 Watch
ow/white pgs; QES Certified - Criteria met: Preferred staple placement + deep color strike (red & yellow) + superior front cover edges
one of the most iconic covers of the Golden Age! 1st app. Joker; 1st app. Catwoman (Spring 1940)One of the most famous comics of the Golden Age, featuring one of the most iconic covers, Batman #1 is the perfect cornerstone for any new GA collector; an accessible comic that only increases in value and popularity year after year featuring the debut of fan favorites the Joker and the Cat, later dubbed Catwoman.

This QES Certified copy is one of the finest original condition examples we have had at auction. The colors are, in a word, brilliant, the bright yellow wash and simplistic background design, intended to catch the eyes of the kiddie market, are resplendent, perfectly highlighting the two figures swinging into history. This copy is in extraordinary condition, one might guess eight years, not eighty, have passed since it was published. Those with the means to compete for this gem should make sure to clear their calendars.