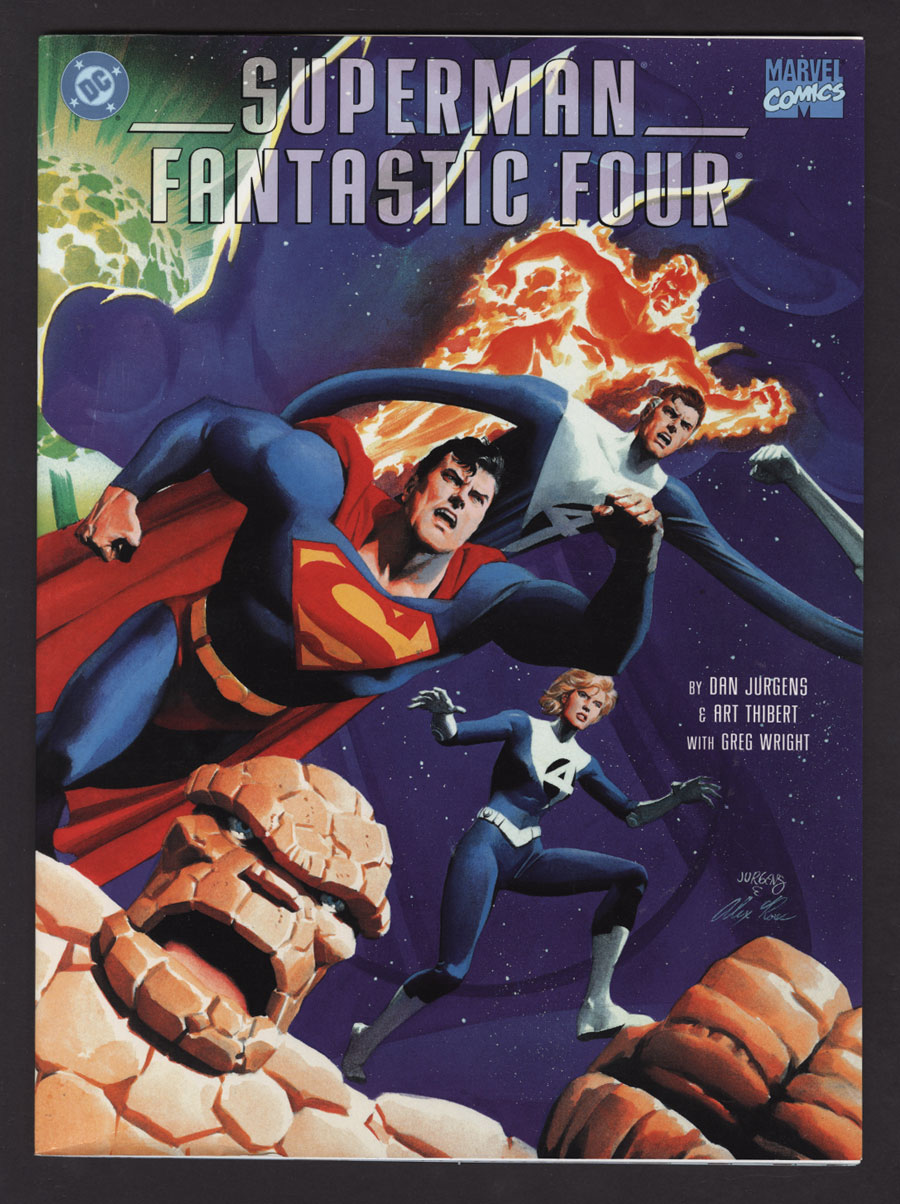 --
Accepting Offers
--
Offers
Offer Confirmation
You are about to submit an offer of . If accepted, you are legally obligated to purchase the book. Are you sure you want to continue?
Buy Confirmation
You are about to buy this item for , and will be legally obligated under the terms of our User Agreement to pay for it in a timely fashion. Continue?
PUBLISHER: DC-Marvel
COMMENTS: white pgs
Alex Ross cover
Read Description ▼
Sell One Of These Inquire About This

Dan Jurgens is american comic book artist/ writer who's best known for his work on the Death of Superman and co-creation of Doomsday, Hank Henshaw, and Booster Gold. Dan's most notable works include the Adventures of Superman, Action Comics and the Sensational Spider-Man for Marvel Comics.

Penciler/Inker known for The Adventures of Superman, X-Factor, X-Men V2, also inked covers for Image Comics, Spawn, bounced back and forth from DC to Marvel in recent years inking some of their top level artists.