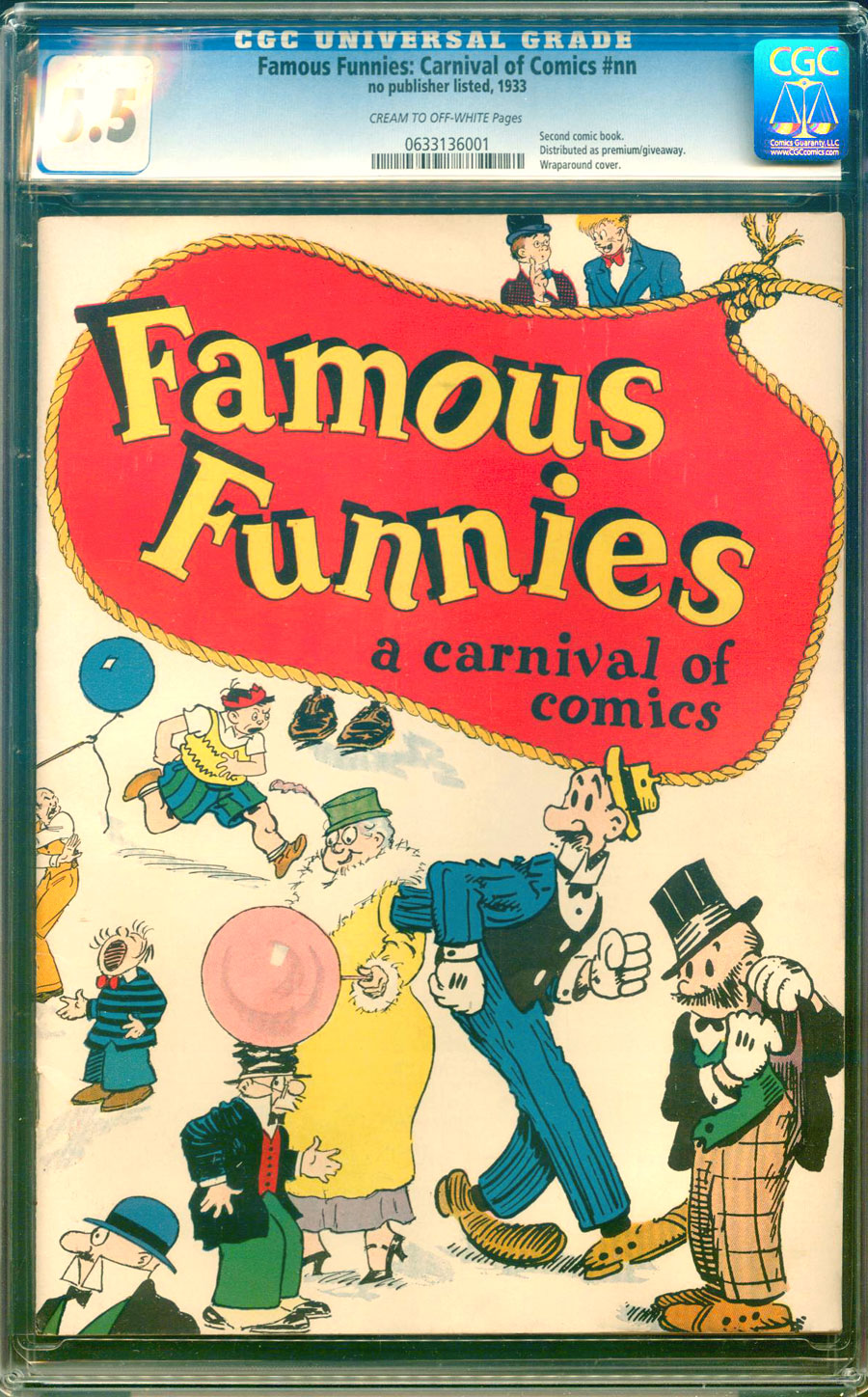 Watch
crm/ow pgs
2nd comic book; 1933 Eastern Color giveaway; wraparound cvrIt begins here. Considered by most serious comics historians to be the first true American comic book, this 1933 one-shot established the size, length, and format of the comic book for decades to come. A sprightly, vivid, seismic shock that may not have seemed important at the time, but essentially provided the foundation for the art form that would come to dominate the latter half of the 20th century and fire the imaginations of generations of readers and artists. This incredibly rare comic, distributed through the late, lamented chain of Woolworth stores, enjoyed an aggressively high print run, yet survives in extremely low numbers today, making it not only one of the most important comics ever published, but also one of the most coveted.