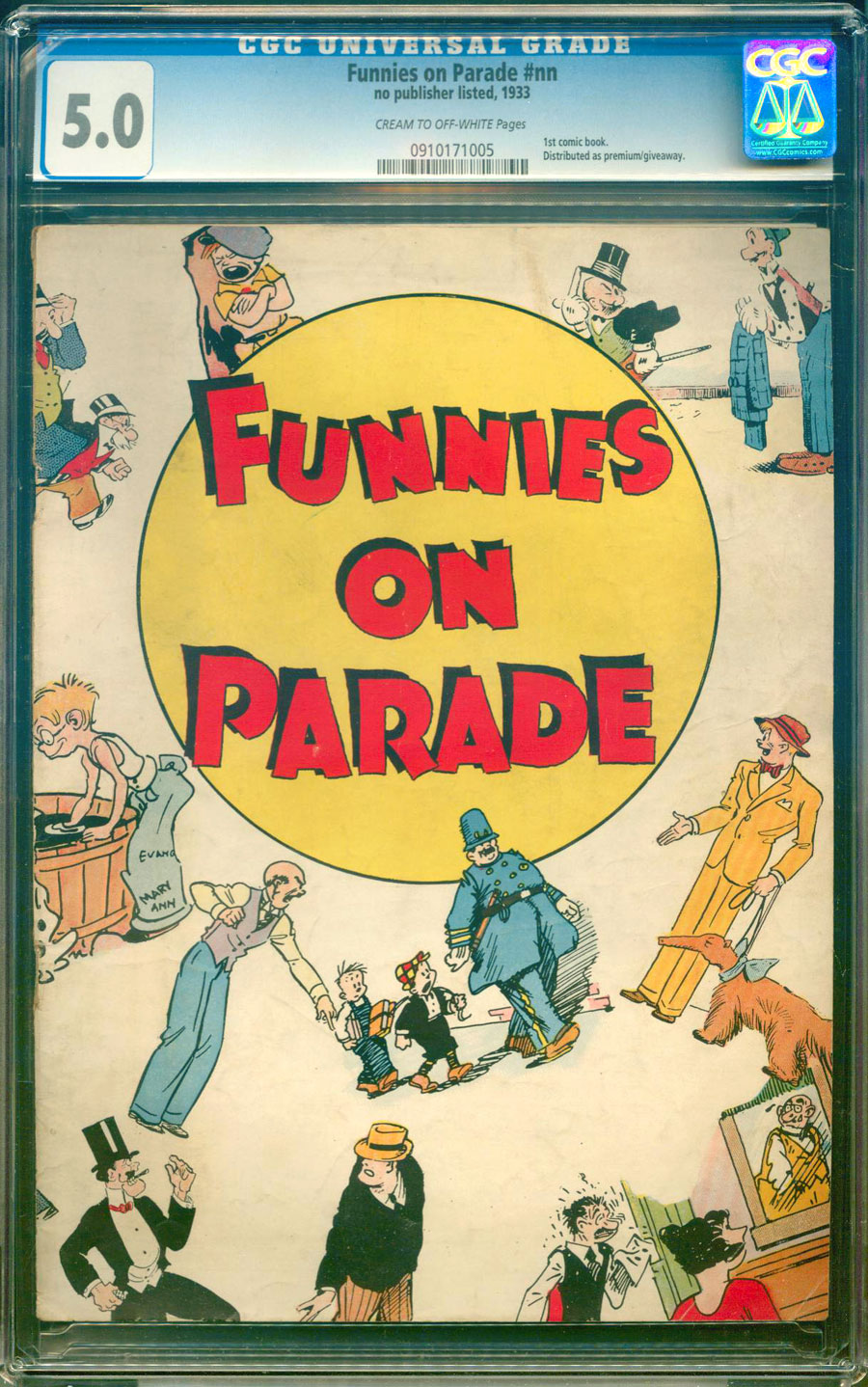 Watch
crm/ow pgs
1st comic book; 1933 Eastern Color giveawayThe comic book was not born fully formed, rather, the concept took a little time to coalesce into the format we all recognize today. No other publication had more to do with the genesis of the comic book than Funnies on Parade, which would be the prototype for all comic books to follow. This historic magazine was made entirely of newsprint, including the cover, and featured reprinted strips from syndicated newspaper comics. The size of the publication was stumbled upon when Harry I. Wildenberg, Eastern Color s sales manager, folded a newspaper funnies  page in half, making a nice, manageable magazine-sized booklet, and the rest, my friends, is history.

The one and only issue of Funnies on Parade was released only as a promotional comic, in a limited run of 10,000 copies, featuring the comedic exploits of such popular strip stars like Joe Palooka, Mutt and Jeff, the Bungle Family, and many more. The historical importance, rarity, fragility, and desirability of this book combine to make it a valuable collectible, one that endows bragging rights of owning one of the first comic books ever printed to the lucky owner of one of these classics.