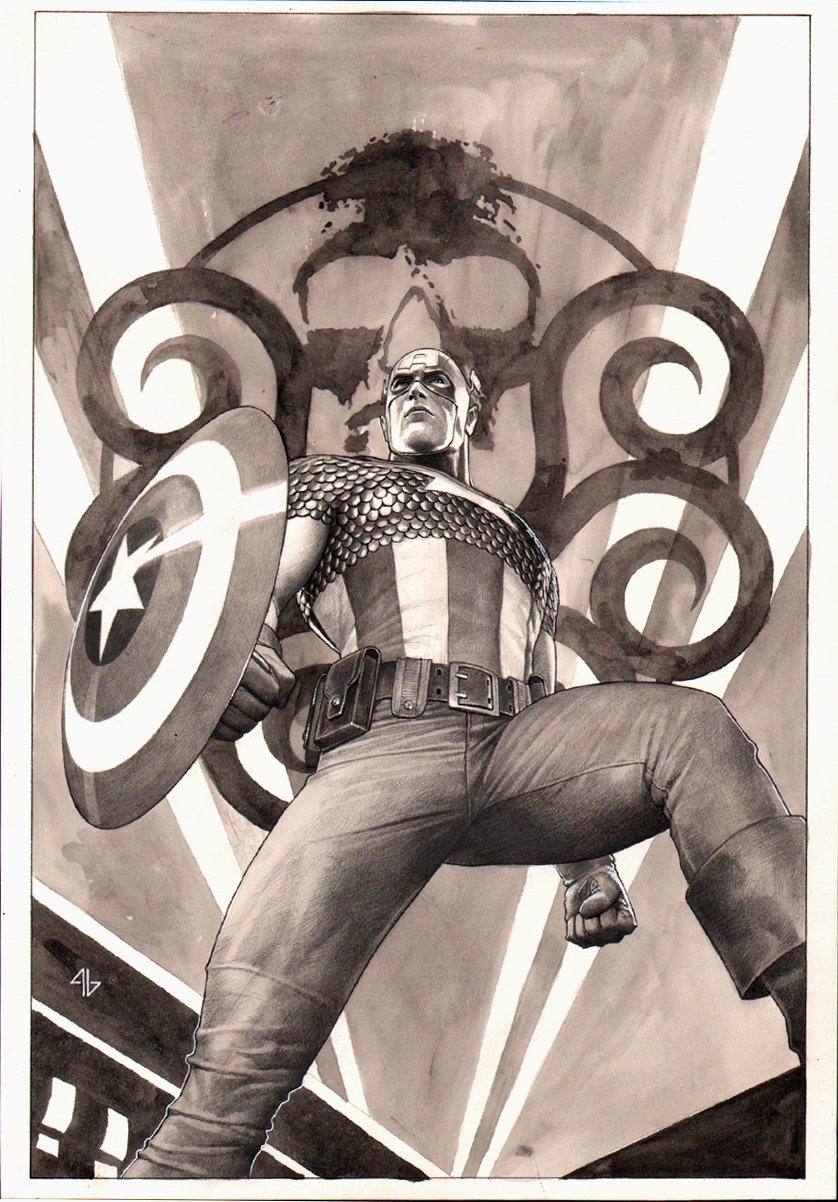 $2,800
Sold For
30
Bids
This auction has ended.
PUBLISHER: Marvel
COMMENTS: Adi Granov pencils, inks, ink wash and signed; image size 10.5" x 16"
Read Description ▼
Sell One Of These Inquire About This

Watch
Adi Granov pencils, inks, ink wash and signed; image size 10.5" x 16"The shocking juxtaposition of the First Avenger standing heroically in front of the emblem of one of Marveldom's most nefarious organizations is an image that is guaranteed to move some copies. Comic covers are intended to elicit an emotional response and lure fans into buying the issue toot sweet, and one would be hard-pressed to conjure up a more compelling design than this Adi Granov piece. The mini-series Captain America: Hail Hydra takes a deep dive into the history of the evil empire, and traces its roots back to ancient times. The modern arc of the story involves the fiendish Dr. Nikolaus Geist's attempts to lure Cap into the fold with a promise of immortality. No doubt this tale provides ripe material for a future MCU project and owning the iconic cover of the first issue would certainly be a shrewd investment.
Artist Information

Adi Gravnor is a Bosnian-American Comic artist who began his career as storyboard and conceptual artist. Fans of the Marvel cinematic universe would especially recognize Gravnors works as he was the key artist for several of the films; including the first Iron Man movie and the Avengers (2012), while his most notable comic book works include the Iron Man: Extremis story line. There is certainly a cinematic feel to Adi Gravnor's style as he uses a hyper realistic painting style with dramatic action poses. Gravnor credits European comic books and American poster artists an influence to his art style as well as a few Manga artists. Though he considers himself more of a drawer rather painter, Adi's mixture of both lead to him to be one of the industries most highly sought after artists today.