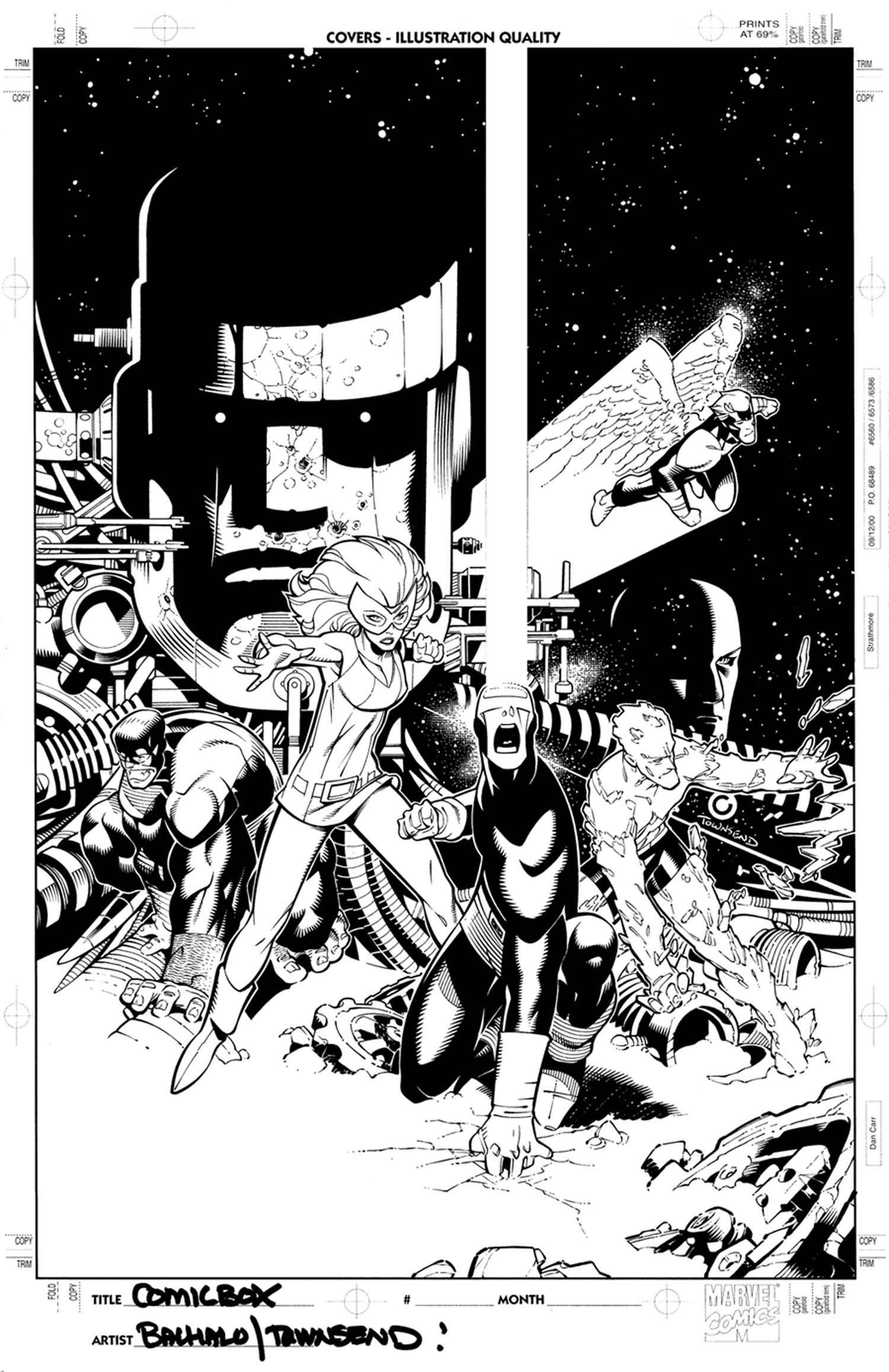 Watch
Chris Bachalo pencils, Tim Townsend inks; image size 10" x 15"
X-MenThe X-Men kicked off Marvel's current stranglehold on Hollywood's film industry back in 2000 with the release of their self-titled debut. But the new-look team's uncanny popularity first took off in the late 70s when Chris Claremont, John Byrne, and Dave Cockrum rejuvenated the title after it was relegated to the B-list of Marvel's output at the end of the Silver Age. There are many popular X-Men but the original characters, Professor Xavier, Cyclops, Iceman, Marvel Girl, the Angel, and Beast are the heroes that started it all in 1963.

This piece is brilliantly drawn and inked by Chris Bachalo and Tim Townsend for the cover of an issue of French fanzine Comic Box and features all the original X-Men along with a menacing Sentinel!
Artists Information

Chris Bachalo is a Canadian/American comic book artist/creator who's known for his cartoon-like style. Fans instantly recognize his art as he has worked for a number of publishers including DC, Image and Cliffhanger. Bachalo is most known for his work on Neil Gaiman's Death and is also famous for his work with Marvel where he co-created the comic Generation X and also penciled the famous X-Men story, Age of Apocalypse.

Tim Townsend is a veteran comic book artist who's inked for many different publishers including Marvel, DC and Image. Tim's most notable works include Uncanny X-men, Doctor Strange and the Amazing Spider-Man.