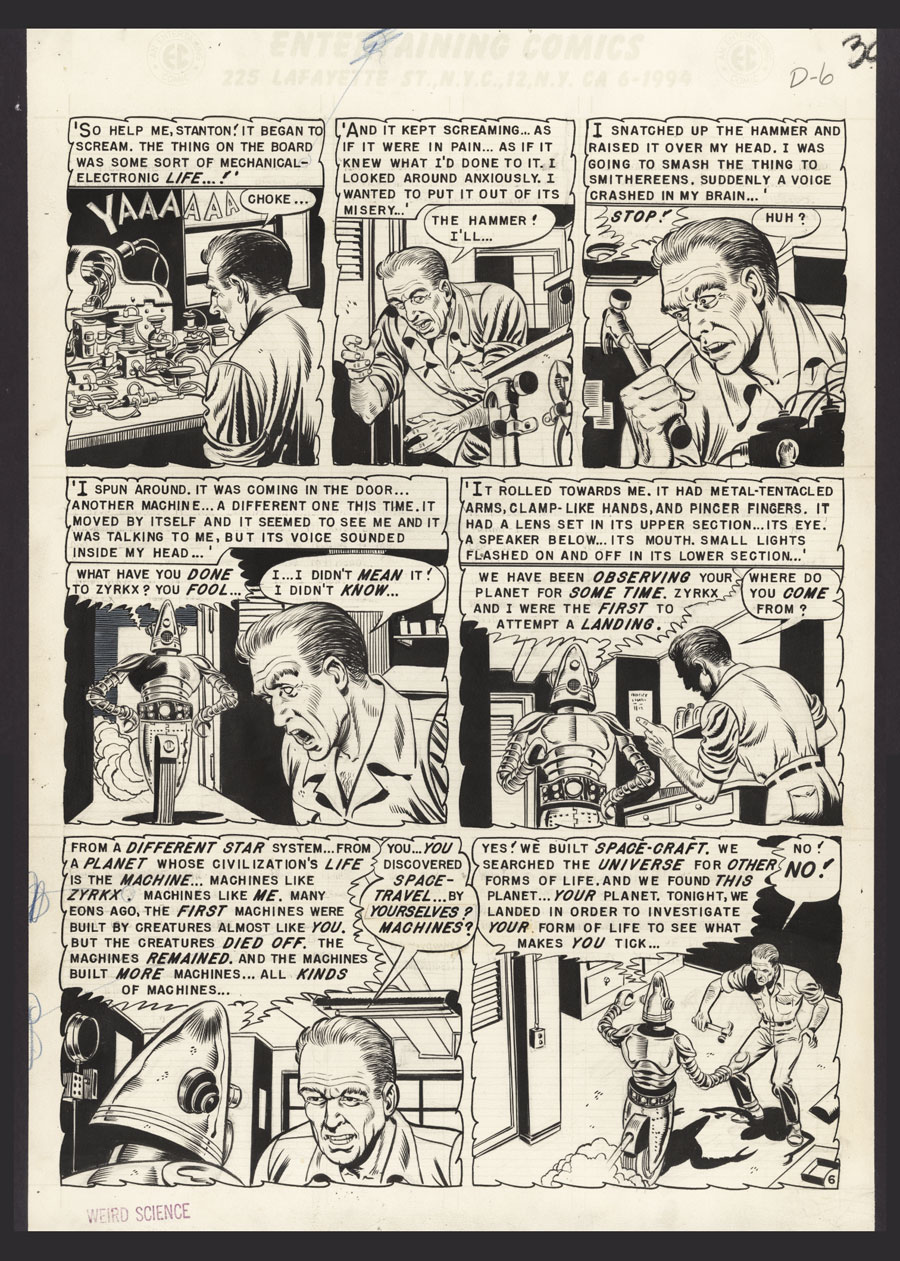 Watch
Pg. 29; Joe Orlando pencils & inks; image size 13" x 18"
Pg. 6 of the Story, Disassembled! written by Bill Gaines & Al FeldsteinThis amazing Joe Orlando page from the deeply disturbing tale "Disassembled" is part of the lead up to a grisly crescendo, as was typical of EC stories, but this shock twist is a real humdinger. The Al Feldstein and Bill Gaines script for this story would fit in prefectly as an episode of "The Twilight Zone", it has flying saucers, robots, crop circles, and a mysterious narrator weaving the tale of his own demise. Pre-code Horror pages are popular items at auction, as collectors of the genre are extremely devoted, and when the pages originate from EC, you can bet the interest intensifies. It is stories just like this one that led to the creation of the Comics Code Authority.
Artist Information