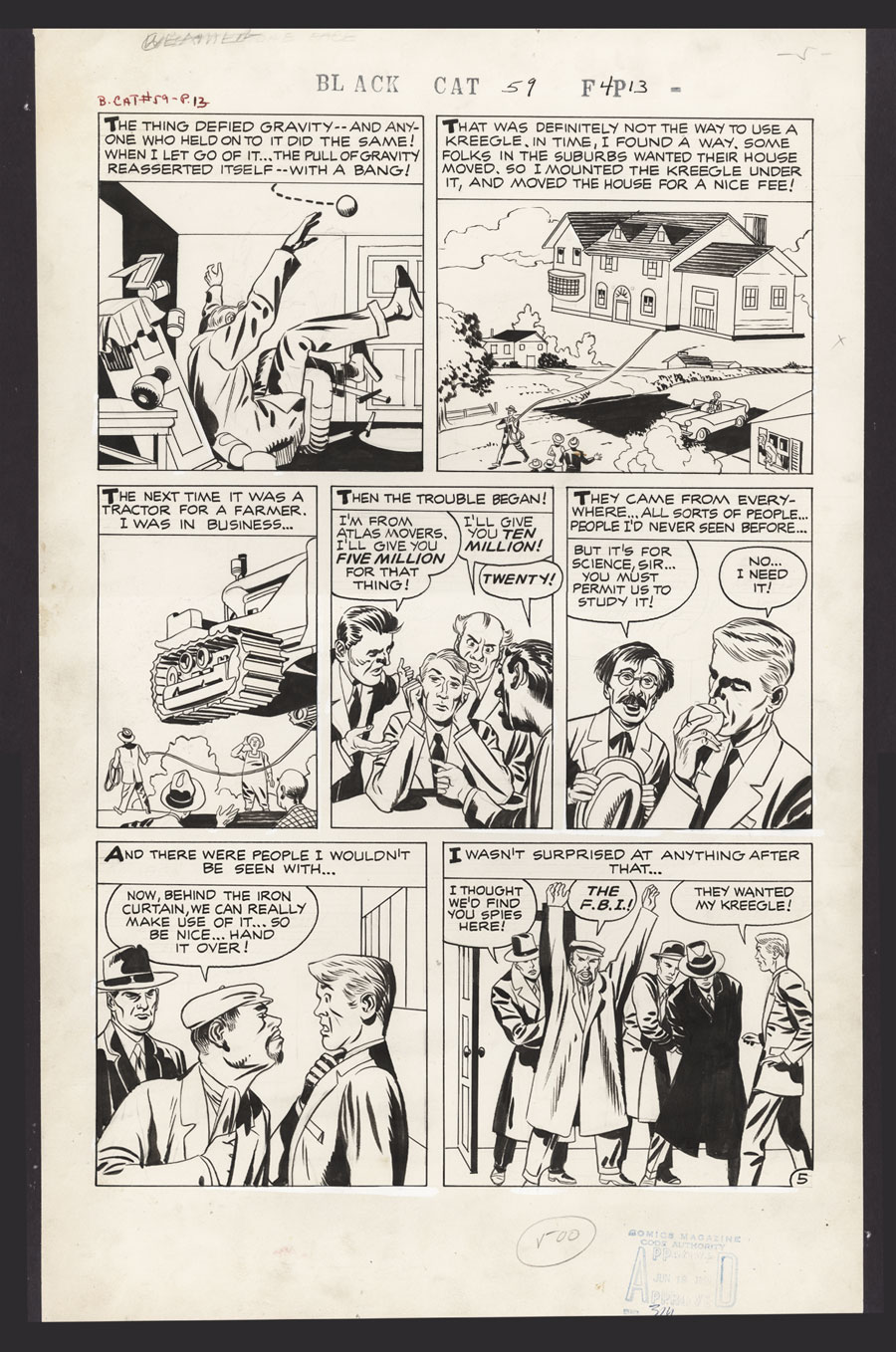 Watch
Pg. 15; Jack Kirby pencils & inks; image size 12" x 18"
Pg. 5 of the story, A Weemer Is the Best of All, by Joe Simon & Jack Kirby, cir. 1957Jack Kirby and Joe Simon were a legendary creative team in the Golden Age of comics, after the war the duo signed a contract at Harvey where they helped create the Romance and Crime genres, as well as expanding on the Sci-Fi boom that was taking hold during the Cold War era. This page from Black Cat Mystic #59 comes from the whimsically titled story "A Weemer is the Best of All," just one of the tales in an issue that was entirely created by Kirby and Simon. This page shows our hapless protagonist dealing with the ups and downs of owning a kreegle, one of a trio of odd contraptions given to him by a strange little man who can walk through walls. Drawn in the instantly recognizable Kirby style, this page is a playful and interesting curio from the artist's post-war period, a time during which he honed his skills and prepared to take over the world at the onset of the Marvel Age. Kirby fans take note of this important rarity from his Harvey period.
Artist Information