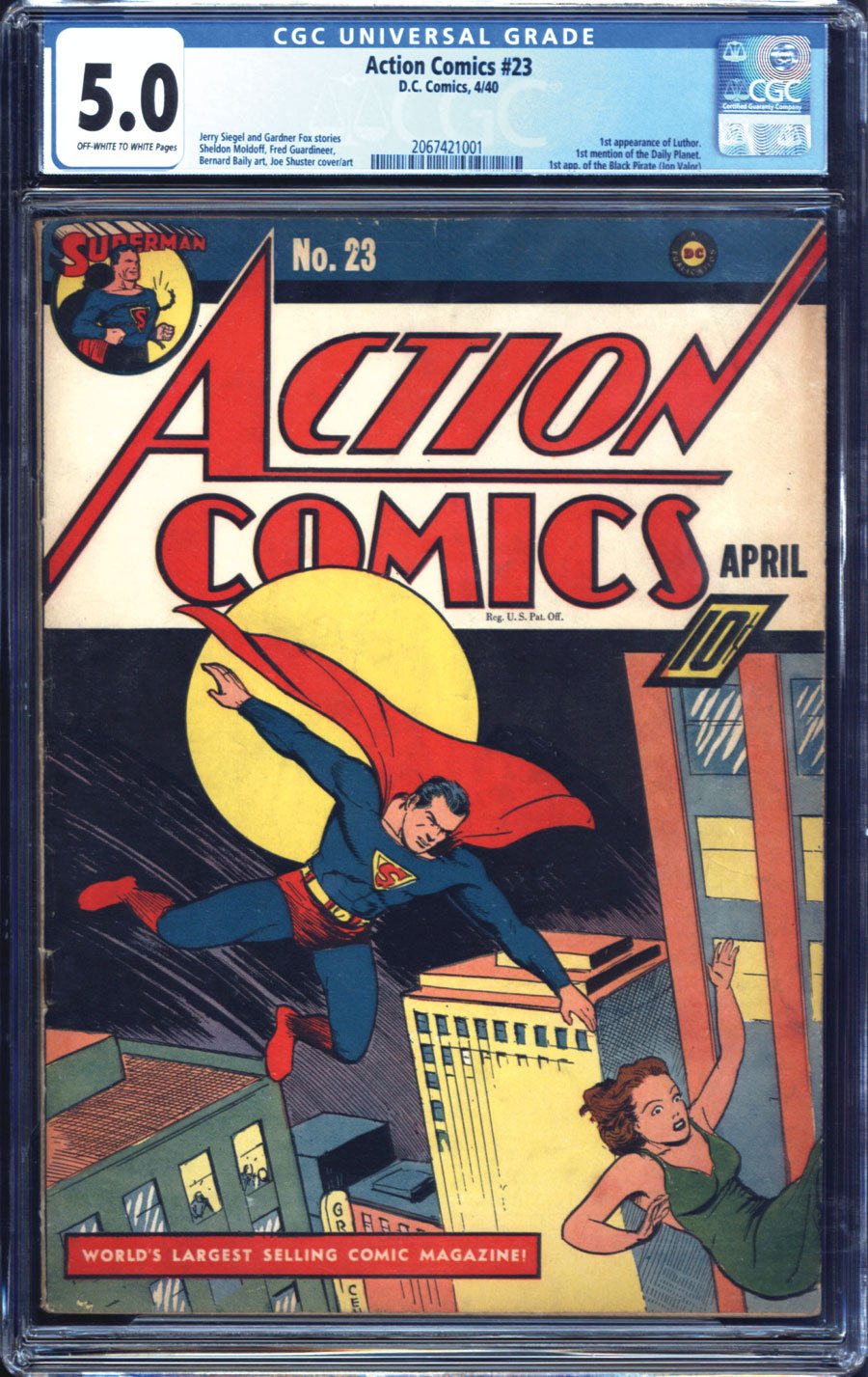 Watch
ow/white pgs
Joe Shuster cvr/art; 1st app. of Lex Luthor; 1st mention of Daily PlanetJust as Sherlock had Moriarty, so does Superman have his Alexei "Lex" Luthor, the template for all super-nemeses to follow, and arguably one of the best-known literary creations of the 20th Century in his own right. Initially, a standard evil-genius-with-a-death-ray stereotype developed by Siegel and Shuster for one of the anti-war potboilers for which the series was first known, Luthor quickly gained a style all his own, with a subsequent fan following, and flourished into one of the all-time great baddies. This comic features the first appearance of the character and is among the rarest of Golden Age keys.

Boasting a classic early Superman cover, this copy of Action Comics #23 shows the iconic Man of Steel swooping in to save a damsel in distress. With the majority of wear relegated to the edges of the book the central image is well preserved, with strong yellows and reds and cool blues that make the cover really stand out.


We realize many of you would like to bid on this auction lot, so for this listing, ComicConnect.com offers a 3 or 6 month, interest free, time payment plan with a 20% non-refundable deposit. Time Payments invoices can only be paid by cash, check, money order or wire transfer. LEARN MORE