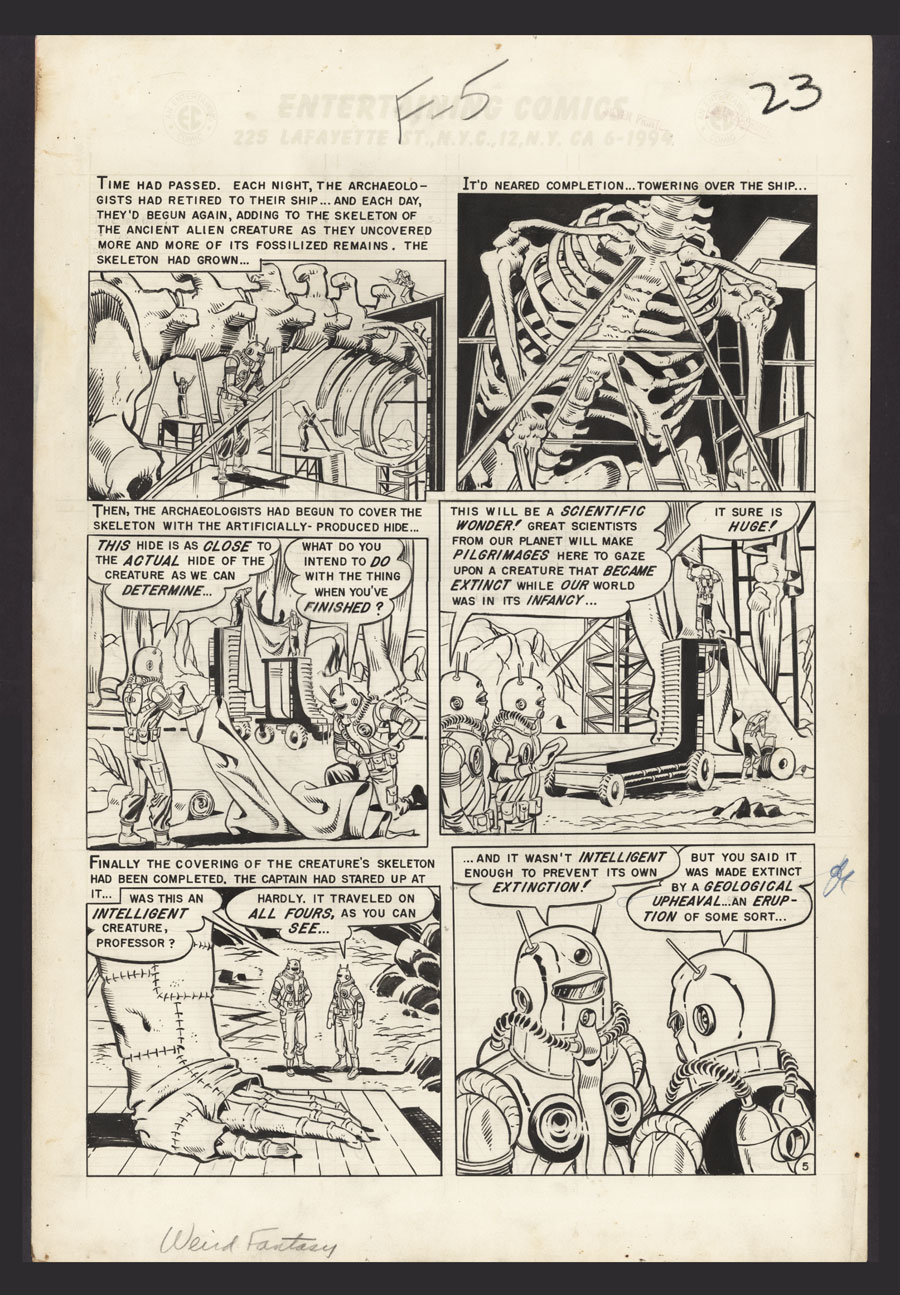 $848.75
Sold For
26
Bids
This auction has ended.
PUBLISHER: EC
COMMENTS: Pg. 23; Joe Orlando pencils & inks; image size 13" x 18"
Pg. 5 of the story, The Fossil written by Bill Gaines and Al Feldstein
Read Description ▼
Sell One Of These Inquire About This

Watch
Pg. 23; Joe Orlando pencils & inks; image size 13" x 18"
Pg. 5 of the story, The Fossil written by Bill Gaines and Al FeldsteinThe sci-fi tale "The Fossil" comes from the final issue of Weird Fantasy before it was combined with Weird Science into, what else, Weird Science-Fantasy. Touching on the topics of evolution and the creation of life, this story offers a deep dive into the very origins of a species, with the typical twist ending usually found in these classic EC shorts. This story, written by Bill Gaines and Al Feldstein, was illustrated by the talented and respected Joe Orlando, and this page showcases his easy skill with pacing and framing that moves the story along gracefully from panel to panel. EC pages are very rare to the market, and original art from this iconic publishing house are always of keen interest to fans of pre-code Sci-Fi and Fantasy.
Artist Information