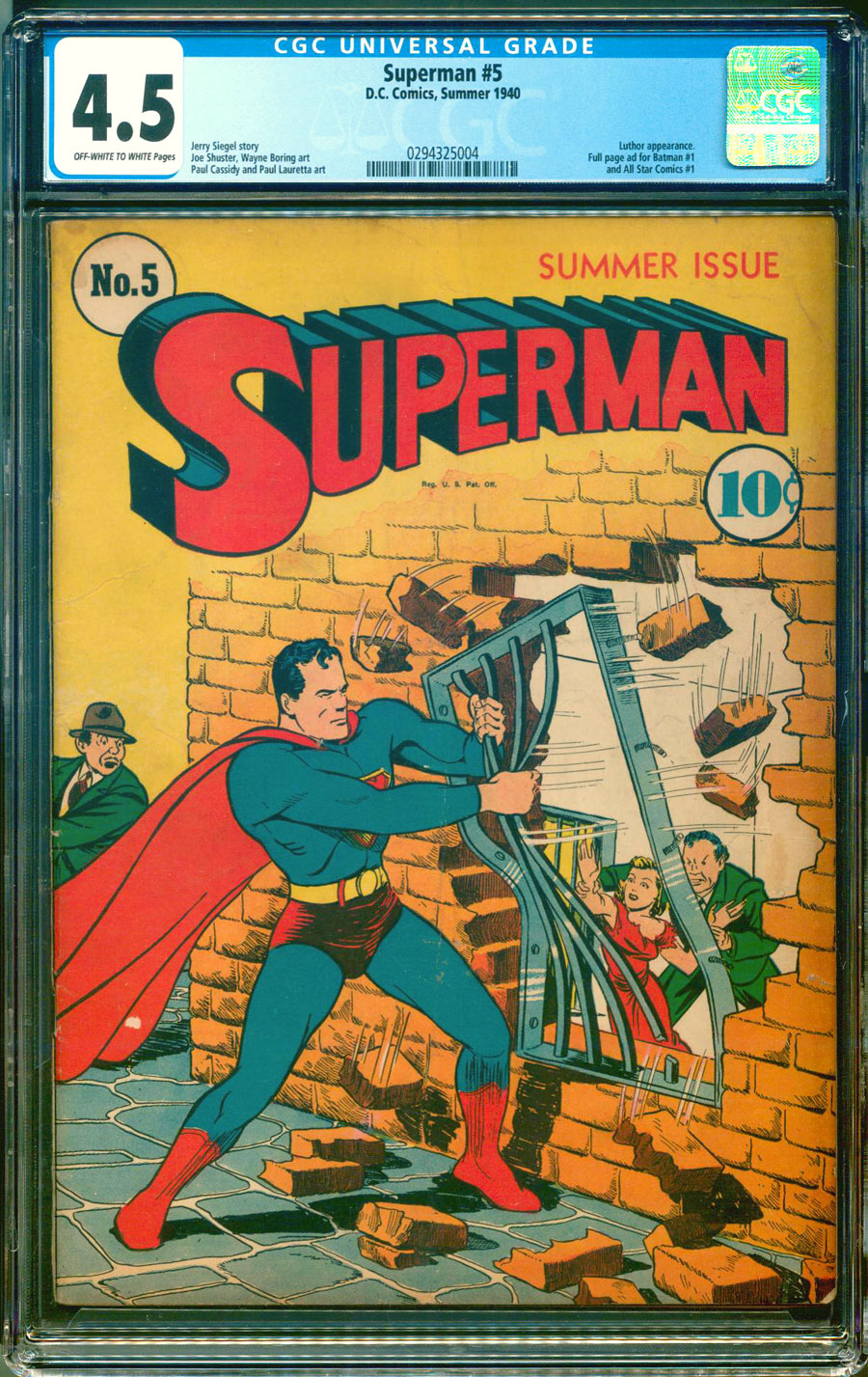 $2,200
Sold For
10
Bids
This auction has ended.
PUBLISHER: DC
COMMENTS: ow/white pgs
4th Luthor app.; full page ad for Batman #1 and All Star #1 (Summer 1940)
Read Description ▼
Sell One Of These Inquire About This

Watch
ow/white pgs
4th Luthor app.; full page ad for Batman #1 and All Star #1 (Summer 1940)What's striking about early Superman appearances is how cleanly and unabashedly it presents the adolescent male fantasy image, the barrel-chested, incorruptible big brother figure soaring across skies and smacking around baddies with aplomb and stern precision. All of the iconic images of the period feature our hero effortlessly domineering all the mysterious elements of grownup life, from banks to trains to warplanes, you name it. This issue features a typically manly image and an early Luthor appearance within. It is unsurprising that this simple, effective imagery continues to bewitch collectors to this day, and has hardly aged a bit.
Artists Information