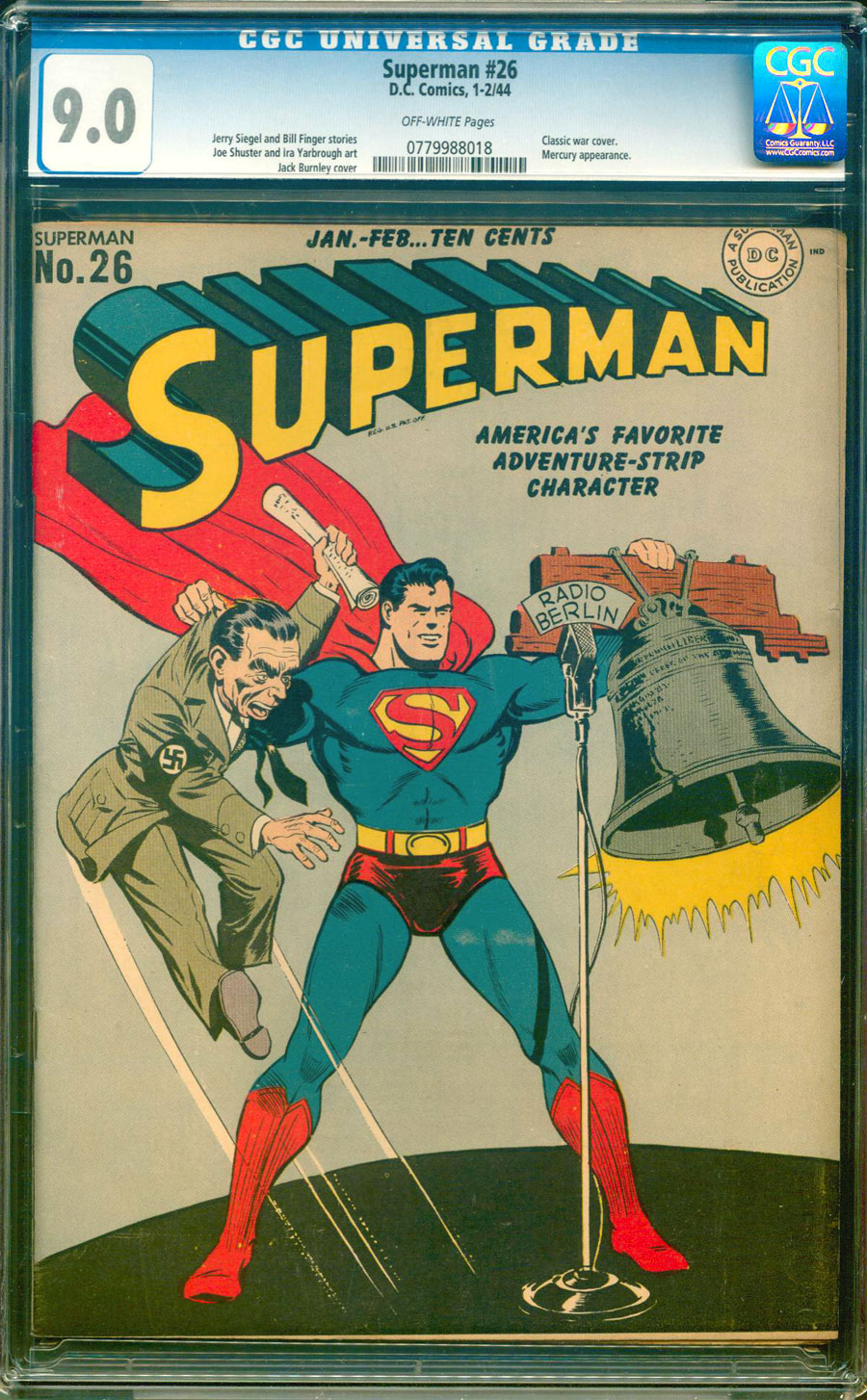 $8,400
Sold For
26
Bids
This auction has ended.
PUBLISHER: DC
COMMENTS: off white pgs
classic Goebbels Nazi WWII cover; scarce
Read Description ▼
Sell One Of These Inquire About This

Watch
off white pgs
classic Goebbels Nazi WWII cover; scarceOf all the DC stable, it was Superman who was most intertwined with the patriotic WWII-era propaganda that flooded newsstands after Pearl Harbor, as DC's top-drawer cover artists poured their hearts and souls into charismatic, barrel-chested imagery that fueled the war fires and shook dimes loose from comic readers across the country. While the flag covers are the best-known, savvy collectors know that covers such as this are scarcer and more desirable, stunning time portals back to an era when the whole world seemed on edge and characters like Superman were needed to prop up the morale of a deeply shaken nation. This cover is also notable for one of the few instances in which the nefarious Joseph Goebbels, Nazi propaganda maestro, was depicted in cover caricature, here finding himself helpless against the tireless power of liberty and the Allied Forces (with a little help from a certain Kryptonian, of course).
Artist Information