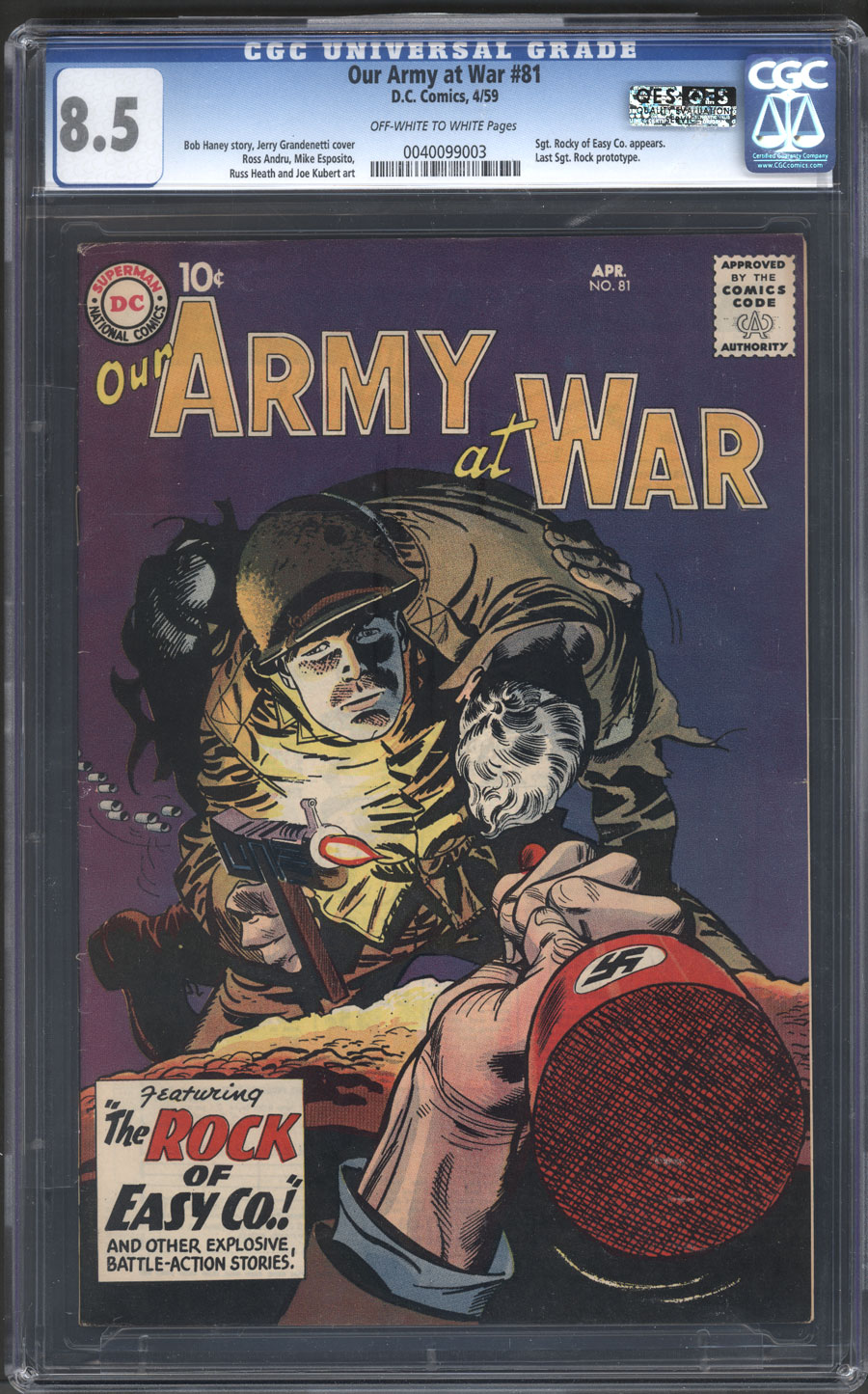 Highest Offer
3
Offers
FYI there's no need to include decimal points(.).
Offer Confirmation
You are about to submit an offer of . If accepted, you are legally obligated to purchase the book. Are you sure you want to continue?
FYI there's no need to include decimal points(.).
Buy Confirmation
You are about to buy this item for , and will be legally obligated under the terms of our User Agreement to pay for it in a timely fashion. Continue?
PUBLISHER: DC
COMMENTS: ow/white pgs QES Certified - Criteria met: Preferred staple placement + deep color strike (black and purple)
1st Sgt. Rock (4/59)
Read Description ▼
Sell One Of These Inquire About This

Watch
ow/white pgs QES Certified - Criteria met: Preferred staple placement + deep color strike (black and purple)
1st Sgt. Rock (4/59)Concocted by Robert Kanigher, known for his emotional, finely wrought genre fictions, and written by the equally pulpy Bob Haney, graced with illustrations by the immensely gifted Joe Kubert, Sgt. Rock is, bar none, the single most popular and best-loved of all comics war characters. Building on a similar character from a recent G.I. Combat issue, Kanigher, Haney, and Kubert delivered mainstream comics' first truly haunted, realistic war hero -- flying in the face of the two-fisted brawler yarns and hysterical anti-war potboilers that comprised war comics to that point. They replaced them with an affecting, shamelessly heartfelt true-war serial that followed a tired, battered, idiosyncratic force of weary warriors facing impossible odds and beating them with cynical aplomb and sweaty determination. One of the scarcest and most important of DC Silver Age keys, and a true American classic. Visit the QES website.
Artists Information