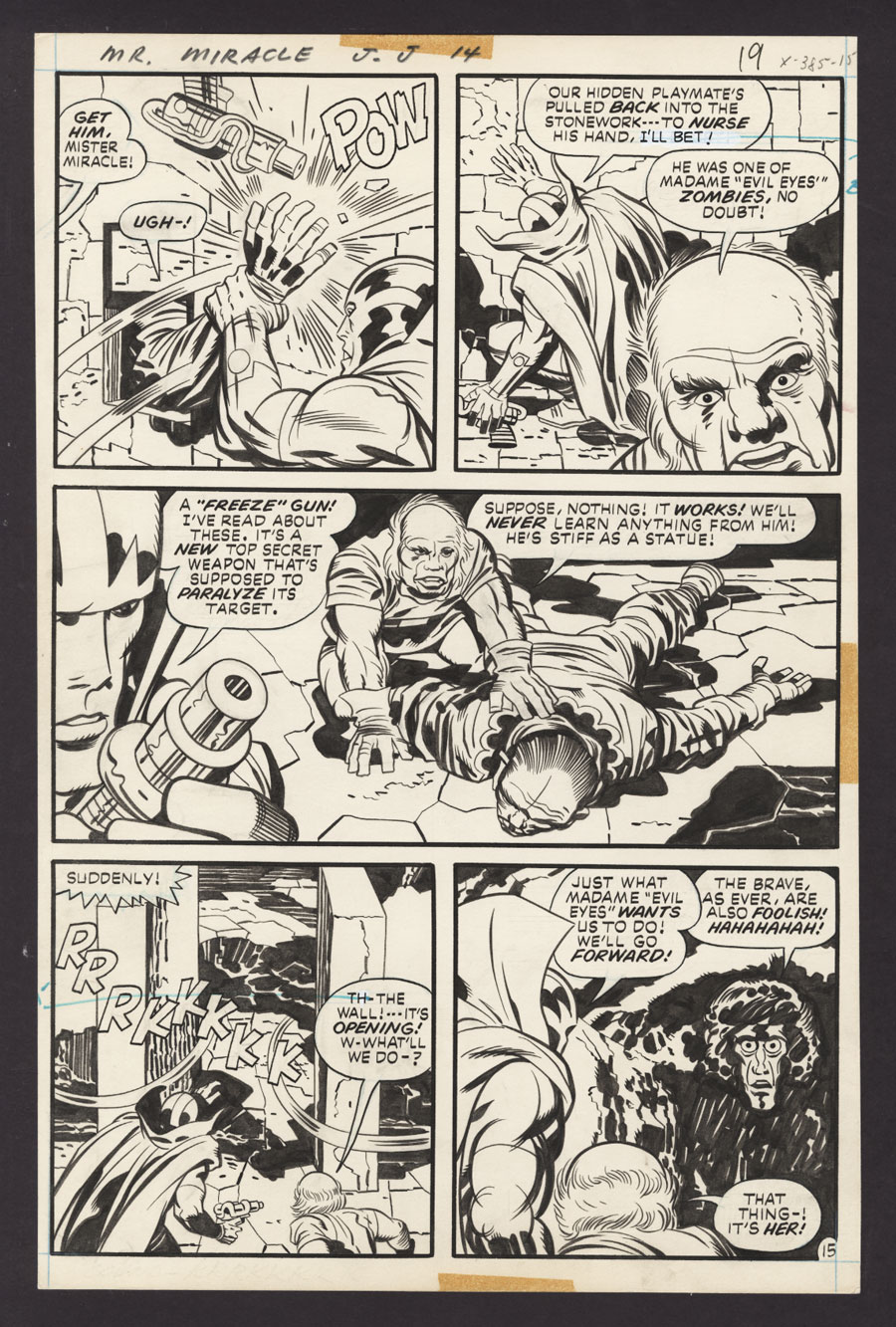 Watch
Pg. 15; Jack Kirby pencils, Mike Royer inks; image size 10" x 15.25"
The Quick and the Dead!Scott Free, aka Mister Miracle, was the main character in one of a trilogy of titles that comprised Kirby's Fourth World, along with New Gods and Forever People. Mister Miracle was the title that hewed closest to the existing superhero genre that readers were accustomed to. Free was an unwitting pawn in the machinations of the New Gods, exchanged as a baby with Darkseid's son Orion to ensure the end of a war between New Genesis and Apokolips. He grew up in Granny Goodness' Terror Orphanage and eventually escaped to Earth where he encountered his mentor Thaddeus Brown, the original Mister Miracle, who was murdered and replaced by Free. His escape broke the hostage pact and allowed Darkseid to once again attack New Genesis, as Miracle wandered the world getting into adventures as a circus performer and escape artist.
Artists Information