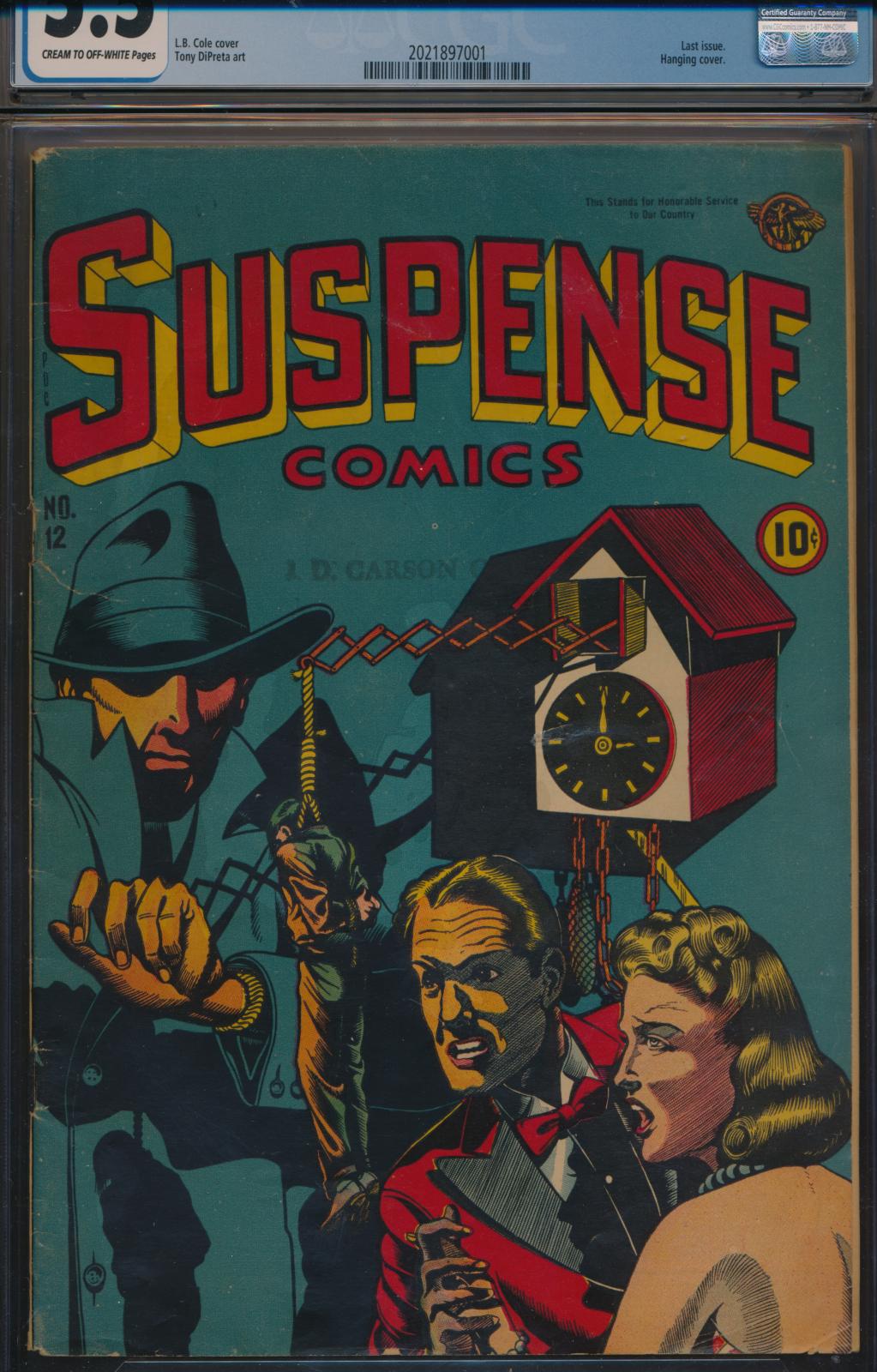 --
Accepting Offers
--
Offers
FYI there's no need to include decimal points(.).
Offer Confirmation
You are about to submit an offer of . If accepted, you are legally obligated to purchase the book. Are you sure you want to continue?
FYI there's no need to include decimal points(.).
Buy Confirmation
You are about to buy this item for , and will be legally obligated under the terms of our User Agreement to pay for it in a timely fashion. Continue?
PUBLISHER: Continental
COMMENTS: CGC #2021897001, Cream to Off-White pages, lg tr left tp frt cvr/mod sp sts lin br clr/mod mult crs rt bot frt cvr br clr
L.B. Cole hanging cvr; last issue
Read Description ▼
Sell One Of These Inquire About This