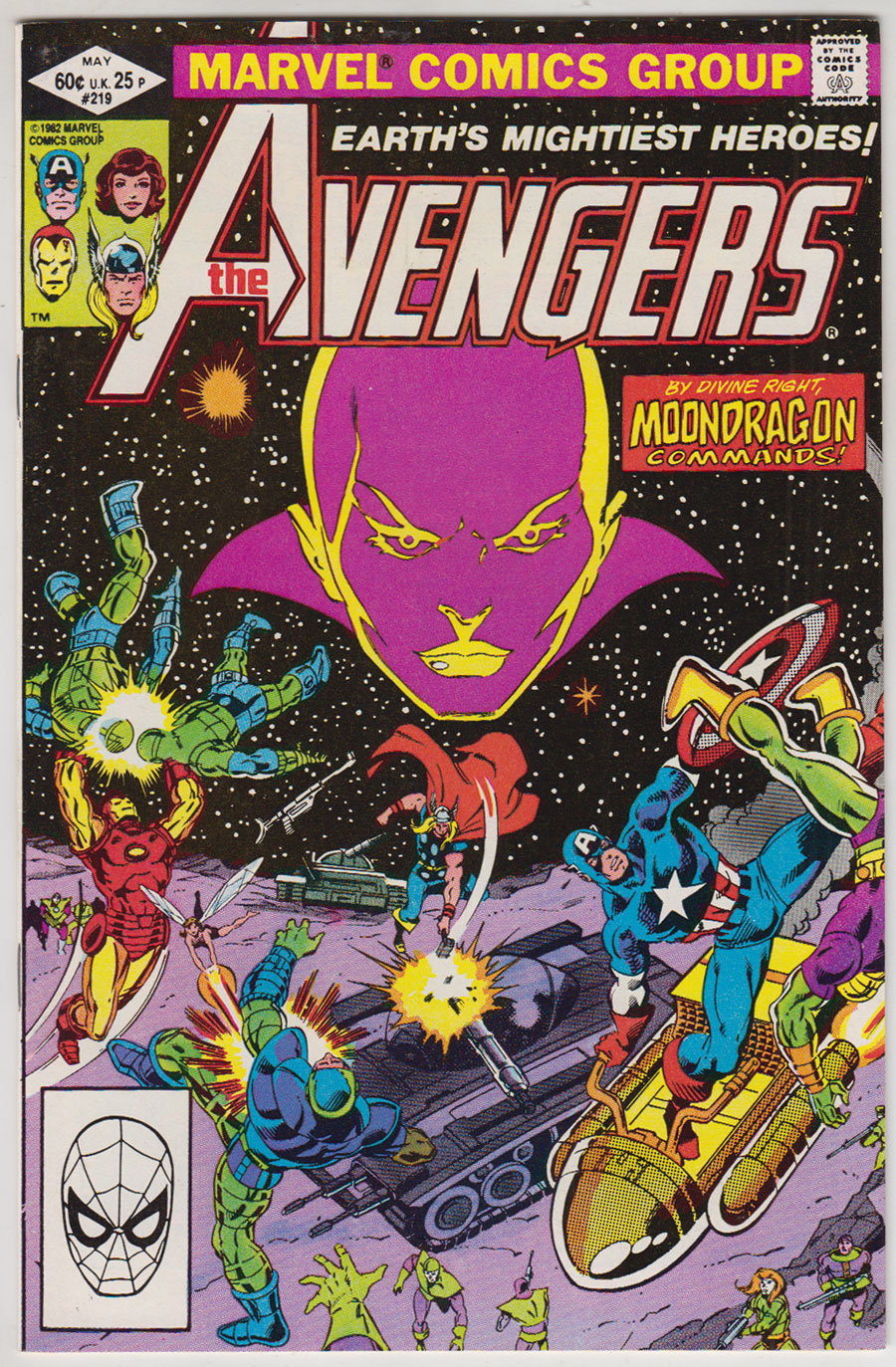 Watch
glossy! white pgs
Moondragon app. + Drax (5/82)"By Divine Right!" Part 1 of 2. Guest-starring Drax the Destroyer. Script by Jim Shooter. Pencils by Bob Hall. Inks by Embellishers Assembled. Cover by Bob Hall and Bob Layton. Captain America, Iron Man, Thor, and the Wasp are all going about their daily business when suddenly a psychic bolt from the blue strikes them! Who is summoning the four avengers? Why it's the erstwhile avenger Moondragon! Apparently the Titan priestess needs helps in suppressing a rebellion on her adopted home planet of Ba-Bani. But Moondragon's father, Drax the Destroyer, is already there. How come Drax, one of the most powerful beings in the universe, cannot squash the rebellion? Is something rotten in the state of Ba-Bani? The Avengers think so!
Artists Information