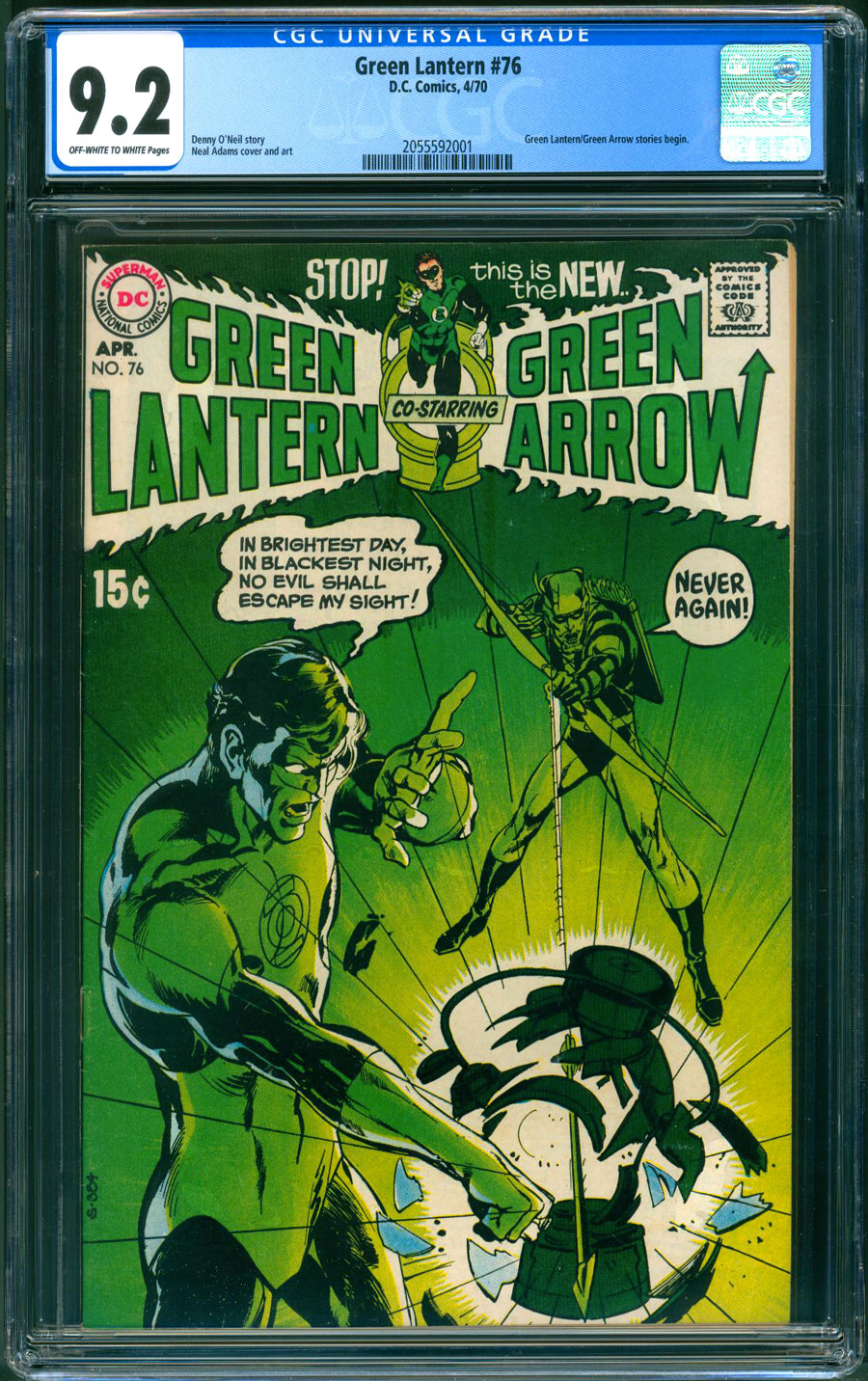 DESCRIPTION
Share This:
ow/white pgs
Neal Adams cvr/art; GL/GA stories begin (4/70)Green Lantern was on his deathbed and the 60s were to blame. What was fresh and new a decade earlier was old and stale by 1970. Denny O'Neil and Neal Adams took a calculated but risky leap by injecting their stories with previously taboo topics. Racism, drug abuse, environmental issues, and the plight of Native Americans were common themes. Dedicated readers were rewarded with some of the highest quality art and scripts the genre had ever known. Adams crafted some of the most dynamic and important art of his career. This was the beginning of a critical run for the creative pair that would brought much-needed respect to the art form. This issue demarcates when comic books started to matter and laid out a blueprint for what would become the direction for many comic book creators in the future.