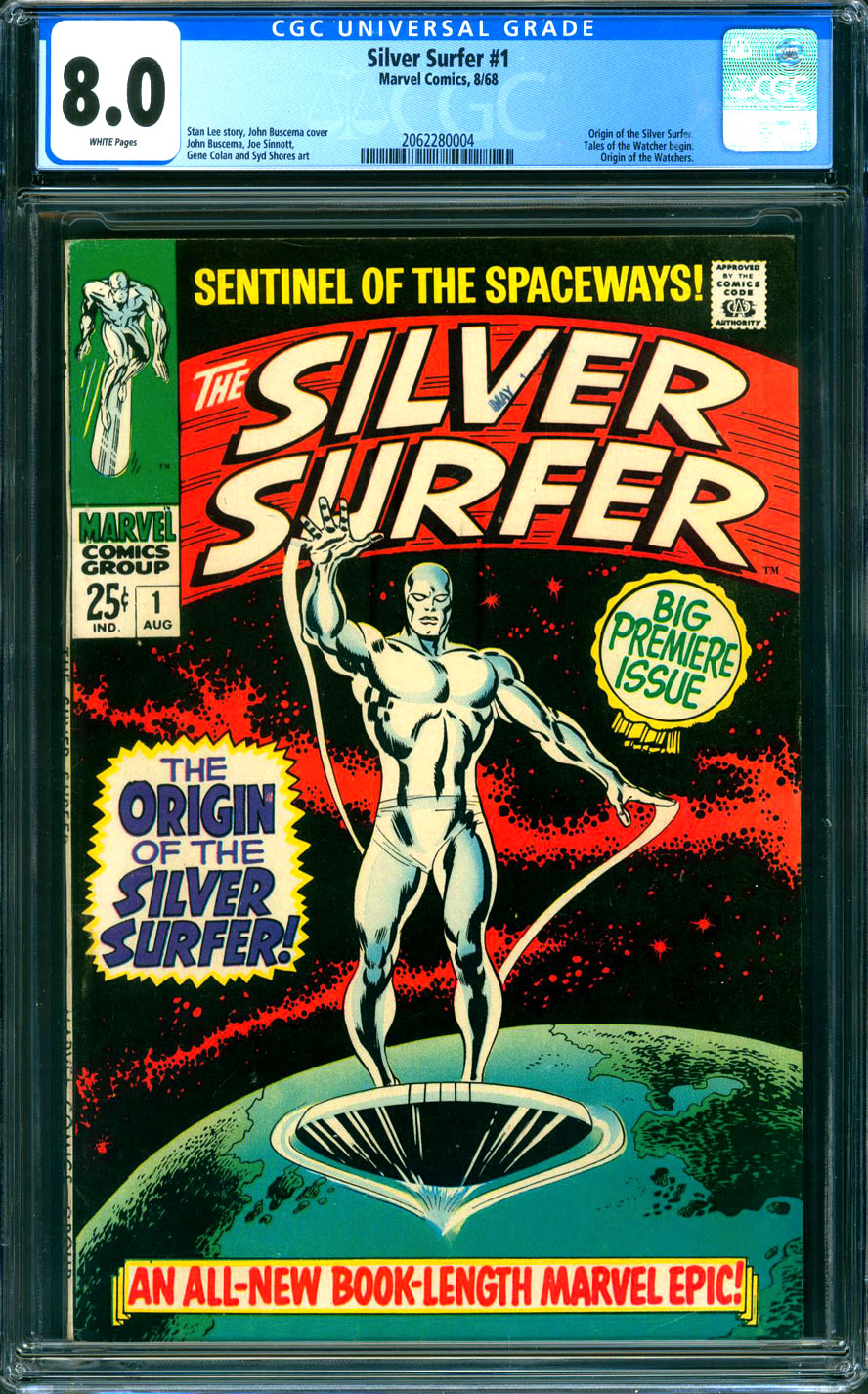 Watch
white pgs
origin of the Silver Surfer, origin of the Watchers, Tales of the Watcher beginHaving started life as a surprise character snuck into an issue of Fantastic Four by Jack Kirby without warning writer Stan Lee, the Silver Surfer quickly attracted the attention of Marvel's mostly high-school to college-age readership in the heady late '60s. The character's cosmic look, tortured back-story, and cool surfboard made him an instant favorite with the black-light poster crowd. Never one to shy away from a hit, Lee soon yanked the character from the pages of the Fantastic Four and into his own supersized title, with art from the frighteningly talented John Buscema, whose unerring sense of anatomy created a surrealistically concrete world around the cosmic being. Hugely popular to this day and likely to factor in upcoming Fantastic Four movie reboots, the Surfer continues to fascinate comic collectors and commands high prices in high grades.
Artists Information