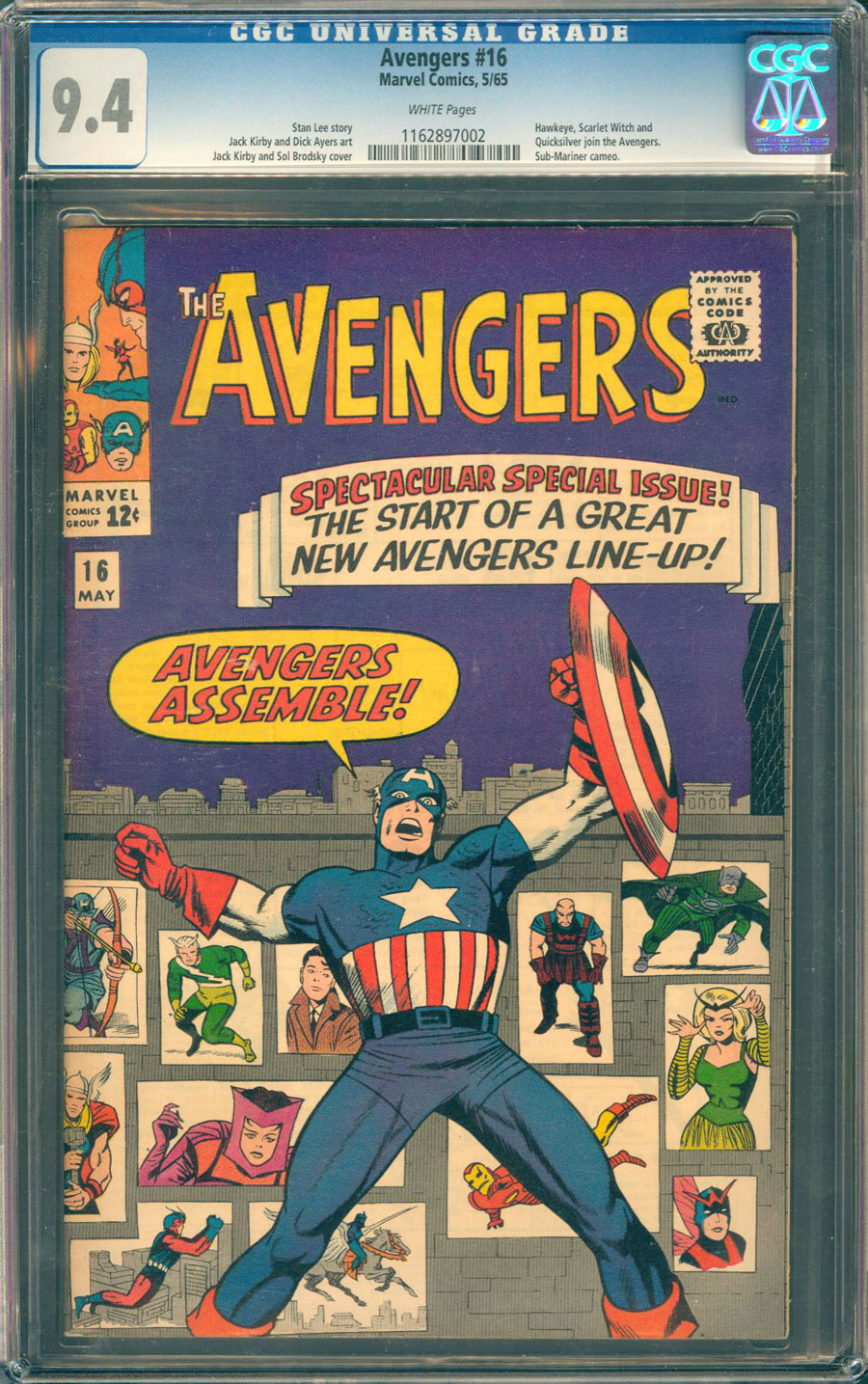 Watch
white pgs
Kirby cvr/art; new Avengers line-up; Subby cameoA classic Kirby cover, with Captain America front and center, heralds the arrival of three characters that would go on to become icons of the series -- Hawkeye, Quicksilver, and the Scarlet Witch. Thanks to Marvel's canny and all-consuming movie franchising, Avengers keys are becoming hotter and hotter, and combined with the iconic cover image, this book is growing in value and popularity year by year.
Artists Information