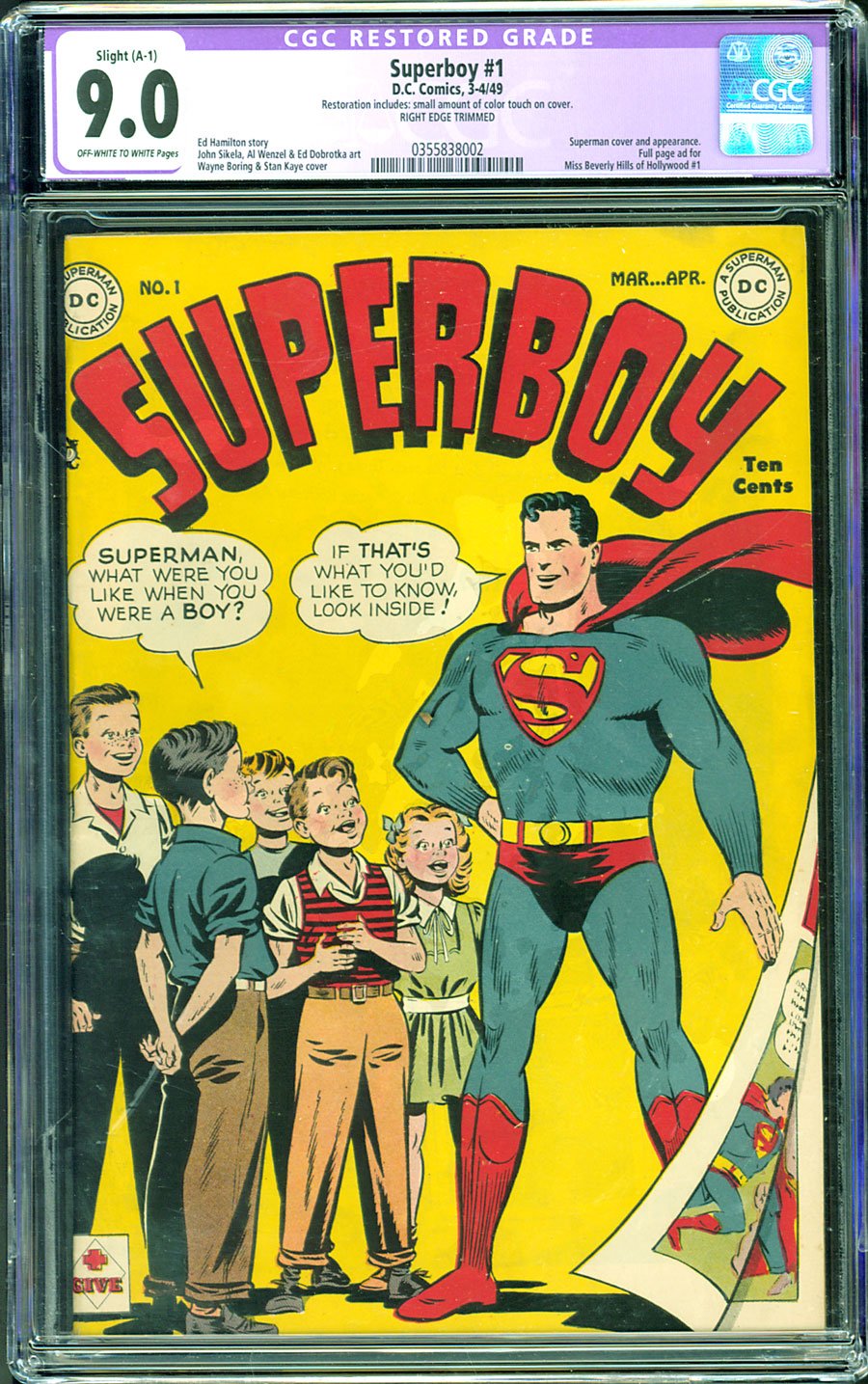 --
Accepting Offers
--
Offers
FYI there's no need to include decimal points(.).
Offer Confirmation
You are about to submit an offer of . If accepted, you are legally obligated to purchase the book. Are you sure you want to continue?
FYI there's no need to include decimal points(.).
Buy Confirmation
You are about to buy this item for , and will be legally obligated under the terms of our User Agreement to pay for it in a timely fashion. Continue?
PUBLISHER: DC
COMMENTS: ow/white pgs; Sl.(A-1) small amount of color touch + right edge trimmed (great eye appeal)
classic Boring Superman sneak peek cover
Read Description ▼
Sell One Of These Inquire About This

Watch
ow/white pgs; Sl.(A-1) small amount of color touch + right edge trimmed (great eye appeal)
classic Boring Superman sneak peek coverOn the cover of this classic a young fan asks Superman "What were you like when you were a boy?" One can imagine the writers at DC asking themselves that very same question, and, lo and behold, a new title, character, and concept were born. Starting a trend of exploring the youthful days of several of their big-name heroes which would culminate with the original Teen Titans, this book was the spark that lit the fire which would find DC mining a younger, more-innocent demographic that could be weaned on tamer tales of adventure and slowly evolve into full-fledged adult comic book fans.
Artist Information