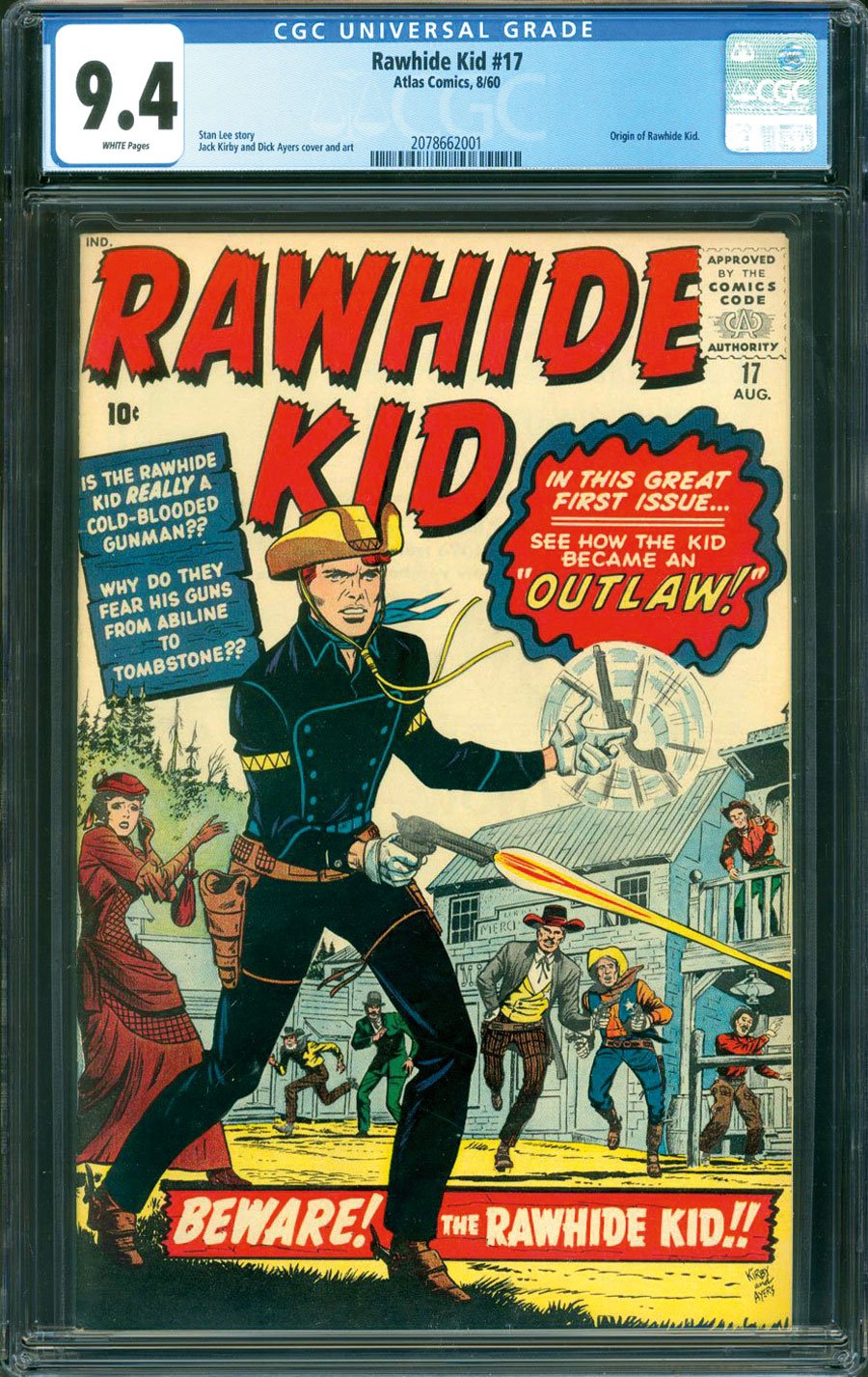 $20,600
Sold For
69
Bids
This auction has ended.
PUBLISHER: Marvel
COMMENTS: white pgs; 1 of 1 at the top!
Jack Kirby cvr/art; origin of Rawhide Kid
Highest Graded
Read Description ▼
Sell One Of These Inquire About This

Watch
white pgs; 1 of 1 at the top!
Jack Kirby cvr/art; origin of Rawhide Kid
Highest GradedThe Rawhide Kid’s beginnings date back to the Golden Age, where Timely Comics introduced the character for a short run of sixteen issues in the late 50’s. Picking up the character again Atlas rejuvenated the gunslinger to reflect Stan Lee and Jack Kirby’s growing influence which would go on to shape the future of what would become Marvel Comics. Continuing the numbering system abandoned by Atlas, Rawhide Kid #17 reintroduced the Western hero to a new era of readers and set in motion a successful run that would last well into the 70s. Rawhide would go on to be rebooted a few more times in the future but this issue, which presents his origin story, is the most-desirable to fans of the red-headed renegade.

ComicConnect is proud to announce that we have unearthed the single highest-graded copy of Rawhide Kid #17 from a private collection, this copy has yet to be seen on the market and we expect it to draw a lot of attention at auction. Pristine whites and bright colors gleam from this cover, solid construction and on-point centering complete the pretty picture. The Kirby cover illustration displays all of the amazing talents of the King as he stands on the precipice of altering the industry forever. This is an important stepping-stone in the history of Marvel, and as such, will be a hotly contested lot come hammer time.