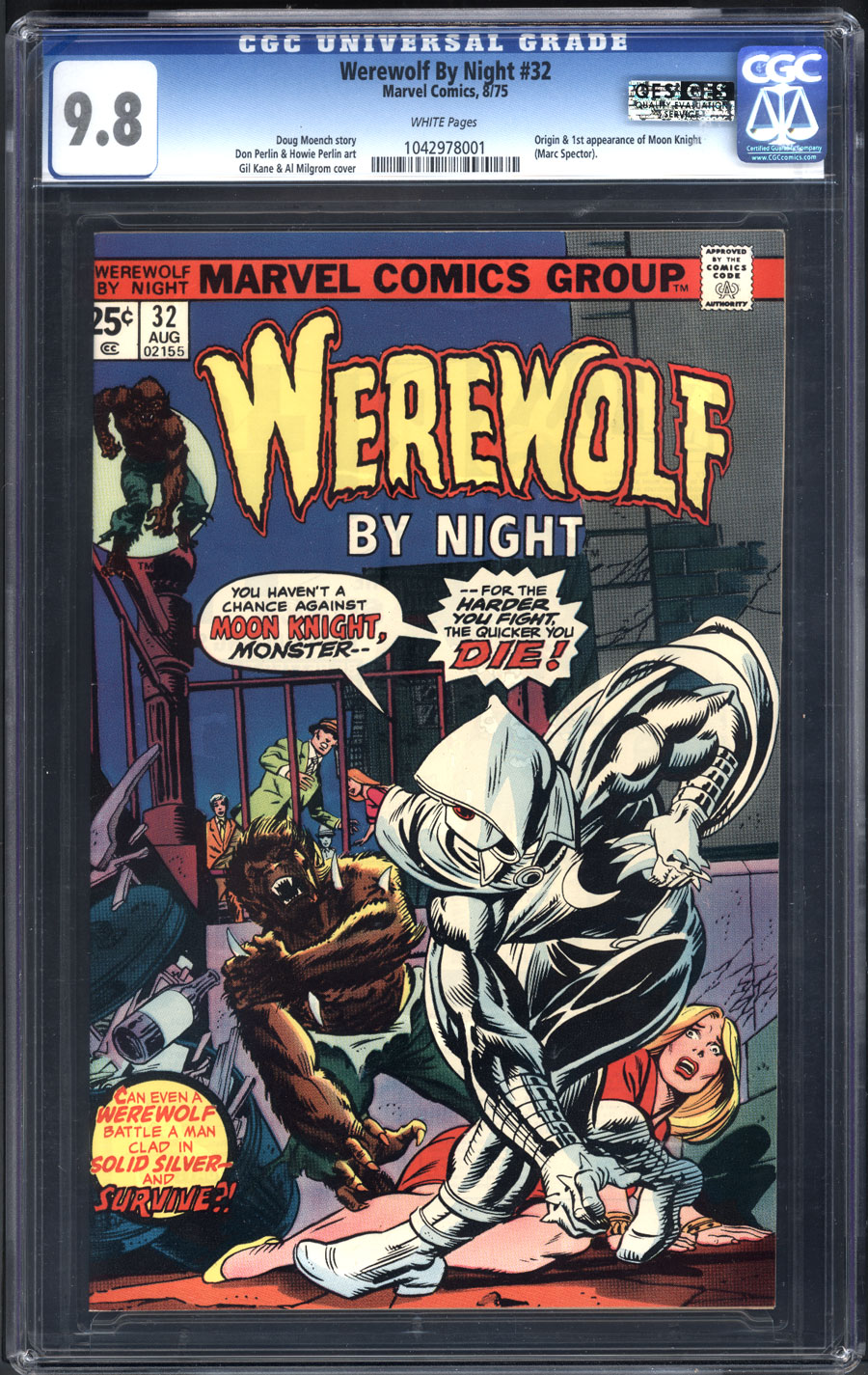 Watch
white pgs; QES Certified - Criteria met: preferred staple placement + perfect staple area + flawless cover edges + deep color strike (blue, black & red)
origin & 1st app. Moon Knight (MK series coming)
Highest GradedWhile a fan favorite through most of the 1970s, few cared about Jack Russell by the 80s. In this issue, the lovable lycanthrope's nemesis, the mystical Moon Knight, made his debut and quickly became an enduring part of the Marvel mythos and a staple of direct sales titles. Compelling stories by Doug Moench (co-creator of the character, along with Don Perlin) made Moon Knight a keeper. With numerous titles featuring the Moon Knight prominently over the decades following his initial appearance, the Fist of Khonshu is still a huge draw for comic fans. Rumors have continued to float about a Moon Knight TV series or film which should alert collectors to the fact that high-grade copies of Werewolf By Night #32 are exceeding multiples of price guide values.
Artists Information