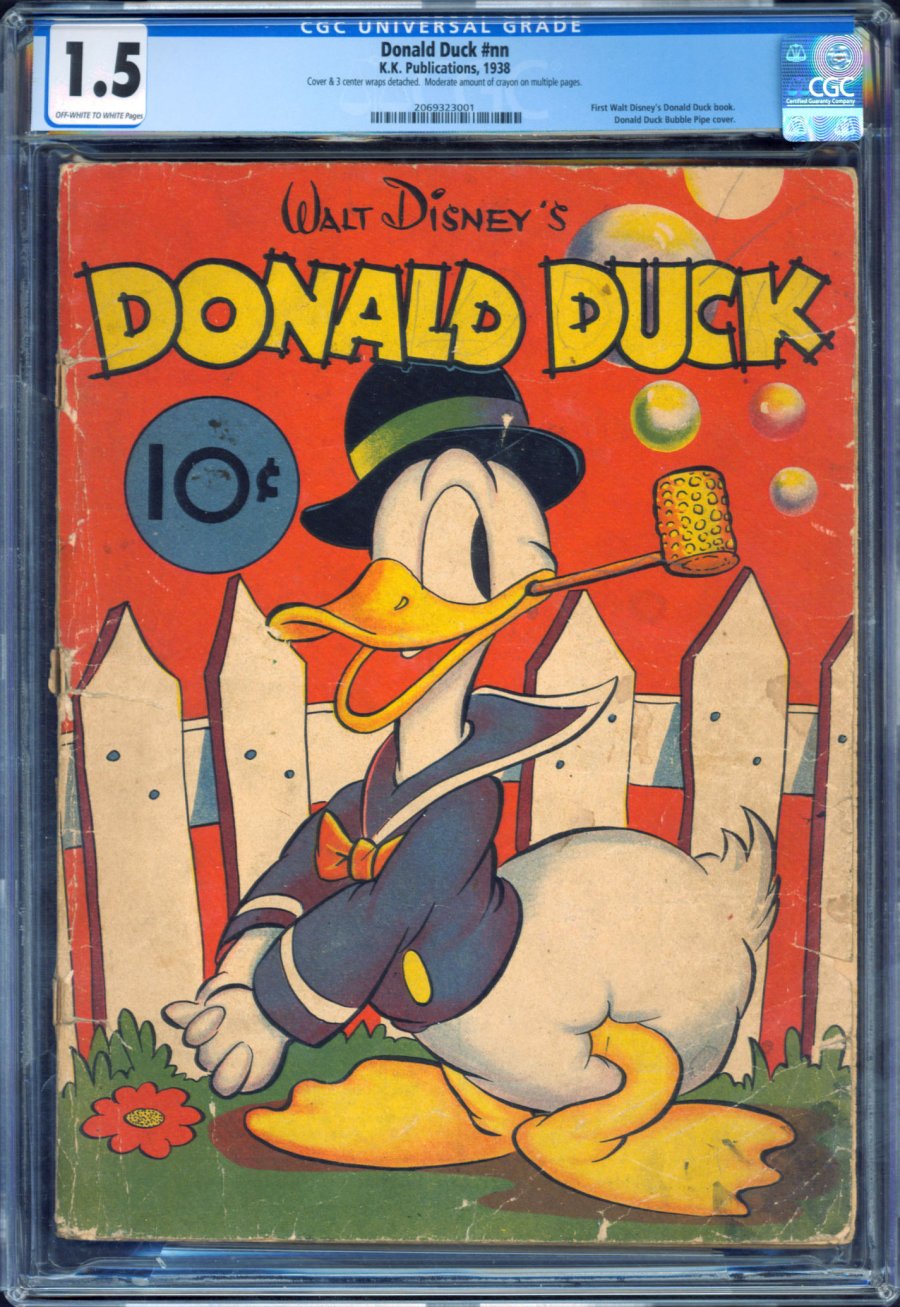 Watch
ow/white pgs; cvr & 3 ctr wraps dtch, mod amt of crayon on multiple pgs
1st Walt Disney comic book! 1st Donald Duck comic bookIn most of the world, when you say "comic book", you're really saying "Disney". While the US was gripped in the cape-hero mania during the 1930s and 1940s thanks to its existing pulp traditions, the rest of the world was in thrall to Mickey, Donald, and Goofy, and the exploits of these three titans of animation made to every imaginable medium, especially comics. For many children beyond the continental 48, Donald Duck was the superstar of the comics page, and his popularity endures to this day. This insanely rare and extremely historic book is the Duck's first comic appearance, making it among the most important keys of the Golden Age, and an irresistible draw to comics fans and Disney enthusiasts. Its unusual size and its attraction to smaller, less careful readers, has led to an astonishingly low number of copies surviving into the present day -- forget Action #1 or Captain America #1, this is likely even scarcer and harder to find, and never fails to sell for aggressive numbers on the rare times it makes it to market.