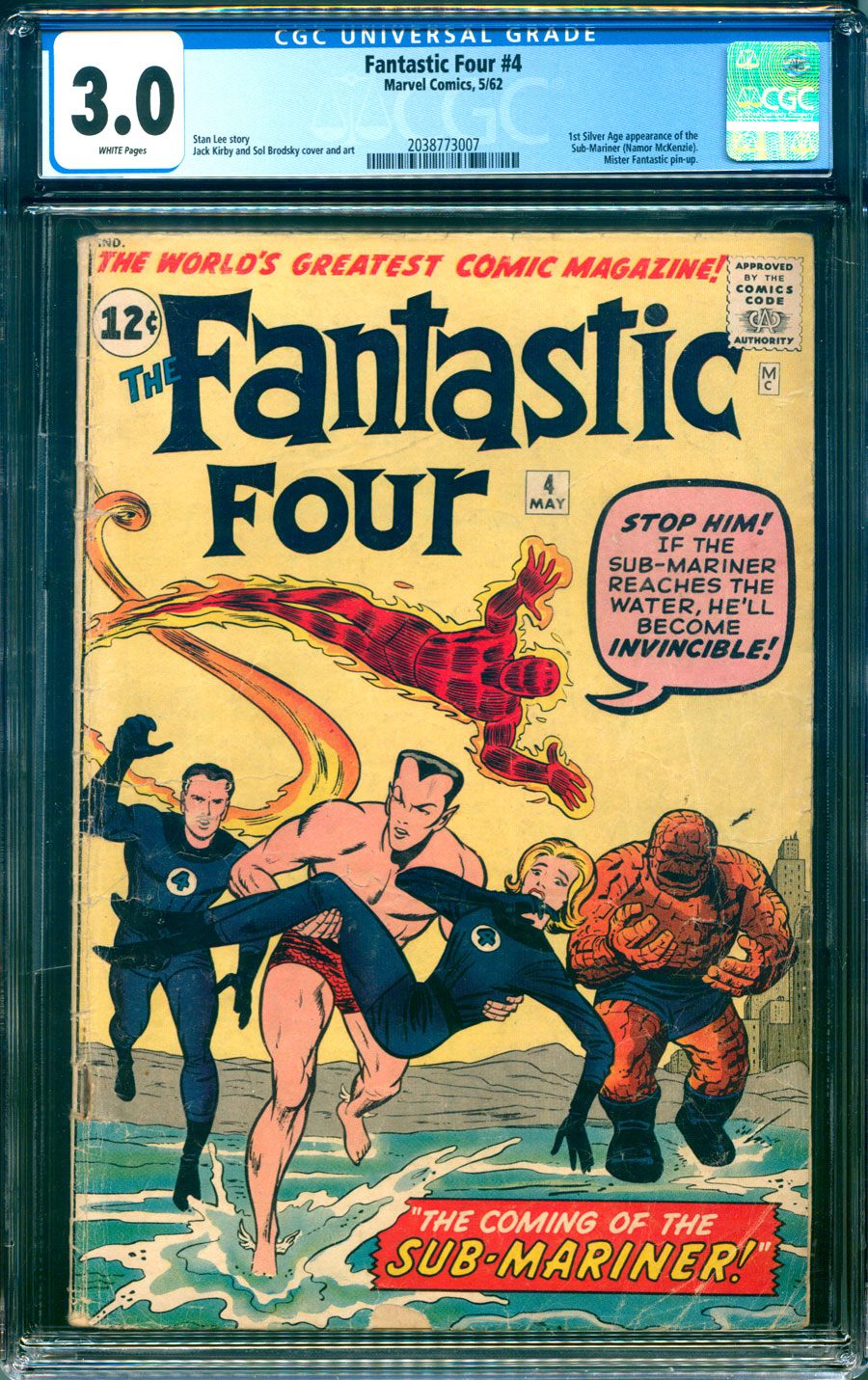 $1,950
Sold For
30
Bids
This auction has ended.
PUBLISHER: Marvel
COMMENTS: white pgs
Kirby cvr/art; 1st SA Sub-Mariner (5/62)
Read Description ▼
Sell One Of These Inquire About This

Watch
white pgs
Kirby cvr/art; 1st SA Sub-Mariner (5/62)In the spirit of recycling, both DC and Marvel dusted off and rethought their classic Golden Age characters in the rough-and-tumble marketplace of the early Silver Age, including one of the most intriguing and unusual of all Timely creations, the fearsome Sub-Mariner. While the Golden Age Namor was a pulpy, tortured anti-hero, the Silver Age Namor was more aggressively antagonistic, with his antipathy the FF exacerbated by his longing for the fetching Sue Storm. In this first Silver Age appearance of the distinctive character, Lee and Kirby ratchet up the action and drama to a hyperbolic degree, firmly establishing this series as one of the most gloriously inventive of all Silver Age Marvel titles.