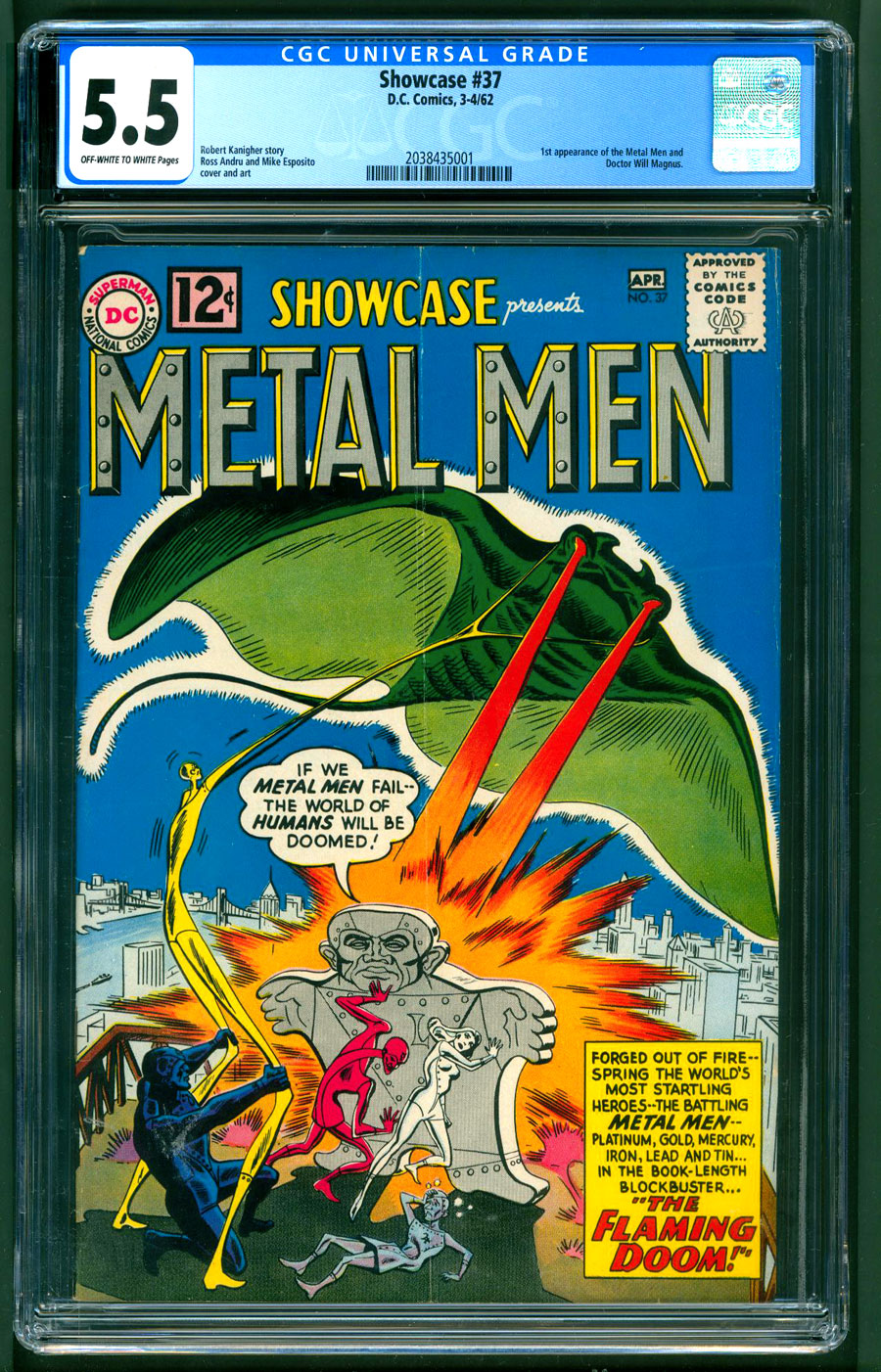 $308.00
Last Bid
19
Bids
This auction has ended.
PUBLISHER: DC
COMMENTS: ow/white pgs
1st app.of the Metal Men and Dr. Magnus (3-4/62)
Read Description ▼
Sell One Of These Inquire About This

DESCRIPTION
Share This:
ow/white pgs
1st app.of the Metal Men and Dr. Magnus (3-4/62)Starting out as a stopgap fill-in story for Showcase, the Metal Men proved popular enough to eventually warrant their own eponymous title, the creation of writer Robert Kanigher and artist Ross Andru, the Metal Men were a team of intelligent robots who assumed the properties of the metals they were named after, Gold, Iron , Lead, Mercury, Tin and the sole female member, Platinum. Bought into existence by Dr. William Magnus, the team would appear in the following few issues of Showcase before getting their own book. The series Metal Men ran for fifty-six issues before being cancelled during the DC Implosion of the late 70s. The team of alloys would reappear numerous times in team-up titles like Brave and Bold, and get rebooted over the years, always maintaining a cultish following, and refusing to be relegated to the “has been” category. The interesting concept of the Metal Men has left a lasting impression on readers that first encountered the team in the Silver Age, one fan in particular, Director Barry Sonnenfeld, of “Men In Black” and “Addams Family” fame has been rumored to be working up a Metal Men movie in collaboration with Warner Bros., so, this is a good book to have in one’s metaphorical back pocket, as its stock could potentially rise in the coming years.