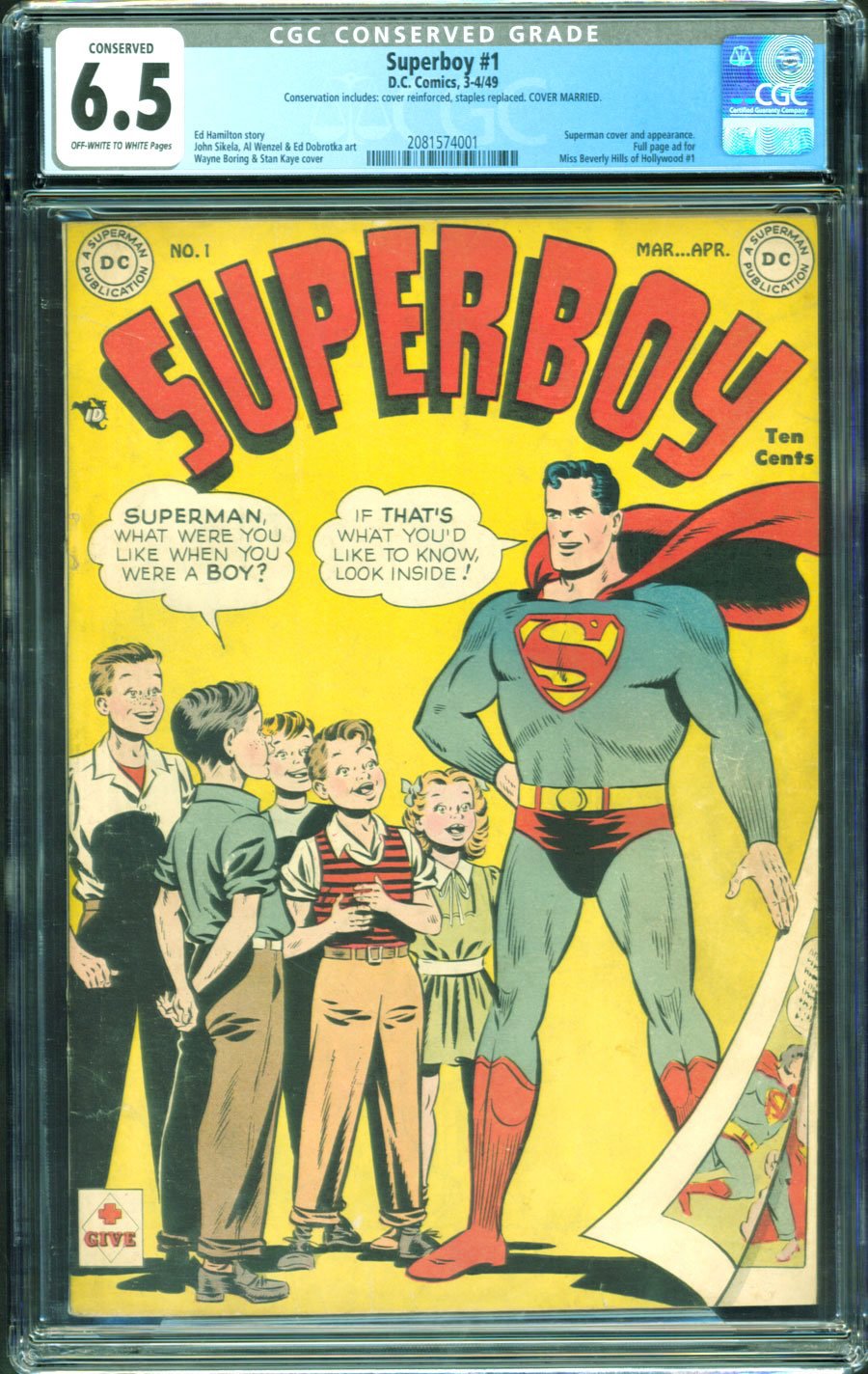 Watch
ow/white pgs, (C) cvr reinforced, staples replaced, cvr married
classic Wayne Boring Superman sneak peek cover (3-4/49)On the cover of this classic a young fan asks Superman "What were you like when you were a boy?" One can imagine the writers at DC asking themselves that very same question, and, lo and behold, a new title, character, and concept were born. Starting a trend of exploring the youthful days of several of their big-name heroes which would culminate with the original Teen Titans, this book was the spark that lit the fire which would find DC mining a younger, more-innocent demographic that could be weaned on tamer tales of adventure and slowly evolve into full-fledged adult comic book fans.
Artist Information