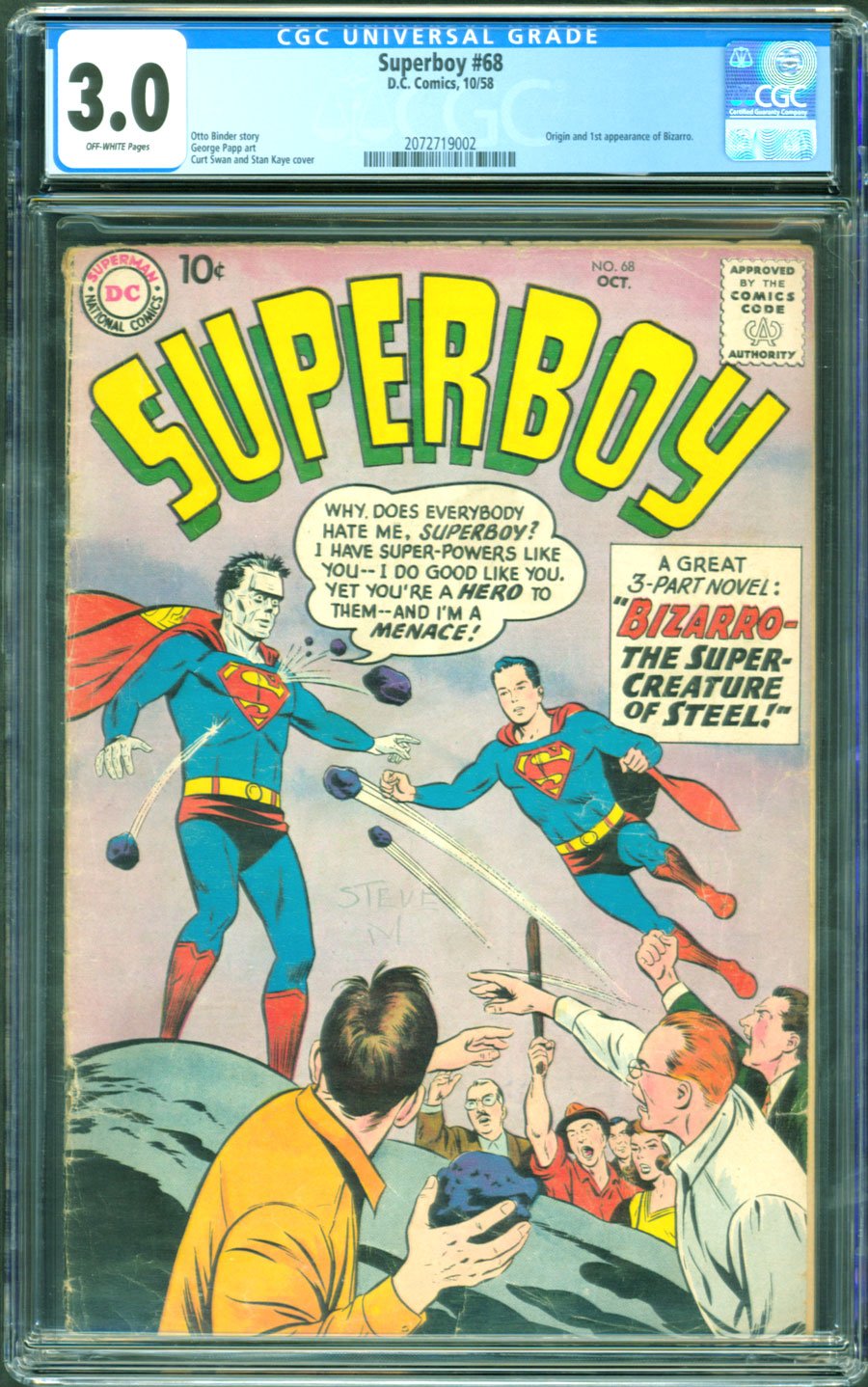 $490
Sold For
22
Bids
This auction has ended.
PUBLISHER: DC
COMMENTS: off white pgs
Curt Swan cover; origin & 1st app. of Bizarro
Read Description ▼
Sell One Of These Inquire About This

Watch
off white pgs
Curt Swan cover; origin & 1st app. of BizarroCreated by the team of Otto Binder and George Papp, the hapless Bizarro made his first appearance in this very issue, being bought to life by a malfunctioning duplicating ray fired at Superboy, Bizarro was born, with all the powers of the Kryptonian, but not much of his brains. The character would strike a chord with DC Superfans and go on to become a regular nemesis, and occasional companion, to the Man of Steel. Silver Age DC keys are difficult to come by, especially in higher grades, and this book is no exception, a serious must have comic for anyone with a soft spot for the amusing antics of the beloved backwards Bizarro.