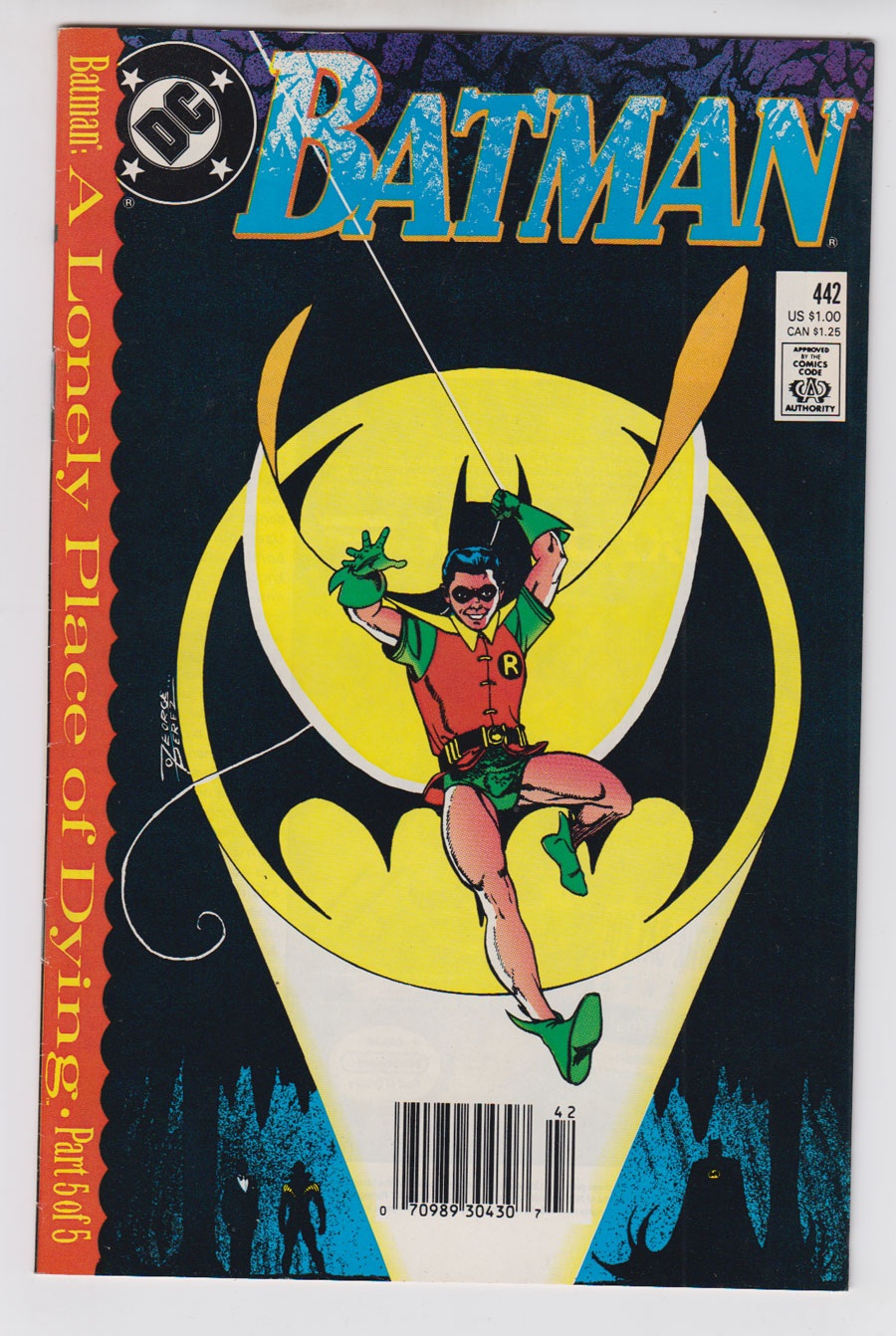 Watch
glossy! white pgs
Perez cover; 1st Tim Drake as RobinCover by George Perez. "A Lonely Place of Dying Chapter Five: Rebirth," script by George Perez (Co-Plot) and Marv Wolfman, pencils by Jim Aparo, inks by Mike DeCarlo; With Batman and Nightwing trapped by Two-Face, there's only one person left to save the day; Prepare for the debut of the newest Robin, Tim Drake! Columns on "Bat Questions Answered," "Continuity Corner," and "From the Den," the latter by Denny O'Neil.
Artist Information