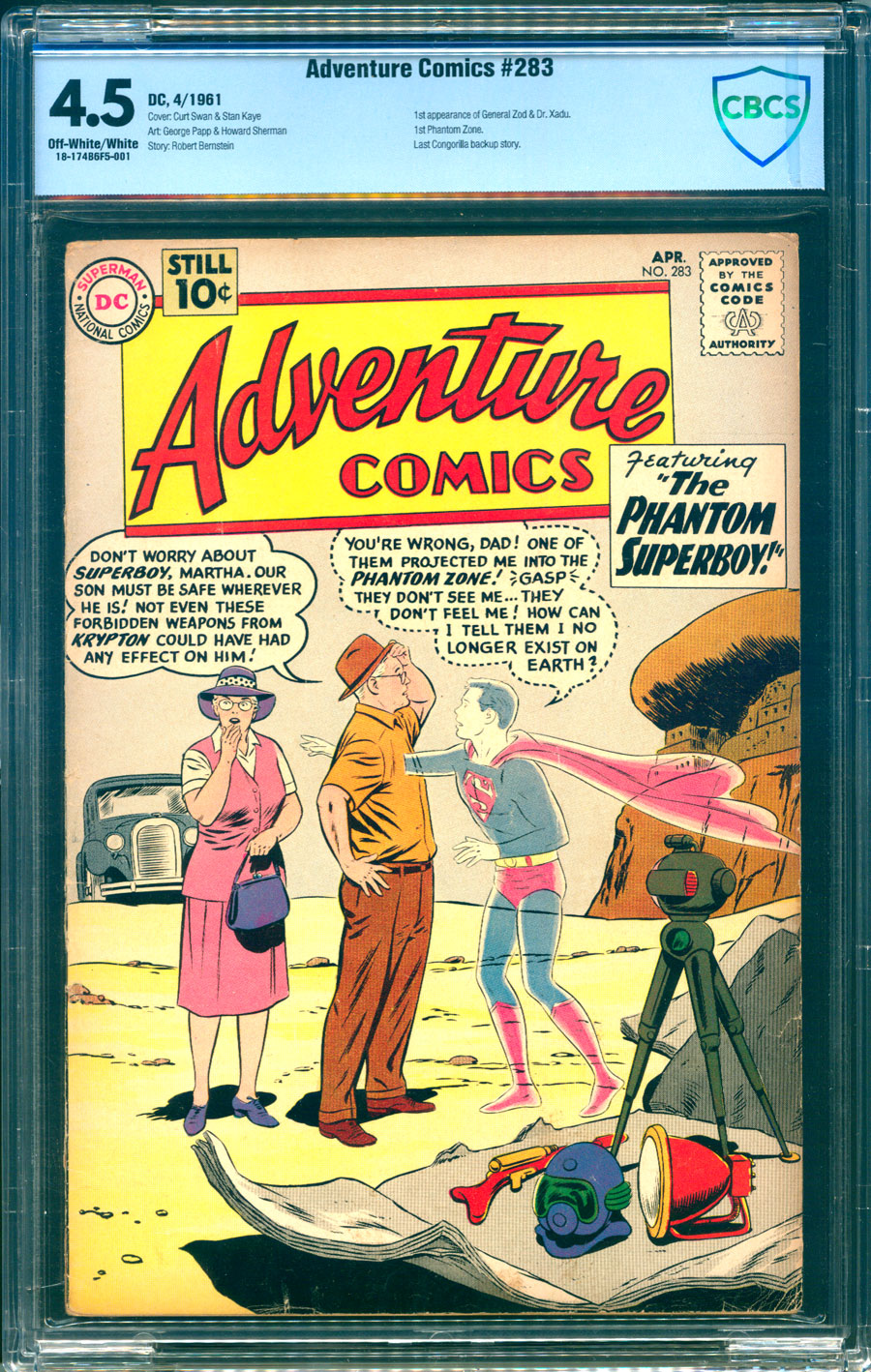 DESCRIPTION
Share This:
ow/white pgs
Curt Swan cover; 1st Phantom Zone; 1st app. of General ZodGeneral Zod, known to fans of DC's Superman film series, is one of the Last Son of Krypton's most dangerous antagonists. Portrayed with great gravitas by Terence Stamp in the 1980s and terrifying menace by Michael Shannon in "Man of Steel" and the upcoming "Batman v Superman: Dawn of Justice", Dru-Zod made his first appearance in Adventure Comics 283, where he is shown making a failed attempt at a coup d'etat of Krypton, only to be exiled into the Phantom Zone. The issue spins a tale in which Superboy gets himself trapped in limbo after experimenting with a box full of weapons from his home planet, an entertaining, almost light-hearted story, which holds ominous portents for the future of Superman, and the entire planet Earth. This is definitely a sleeper of a first appearance, one that should not slip under the radar of Super-fans under any circumstance.