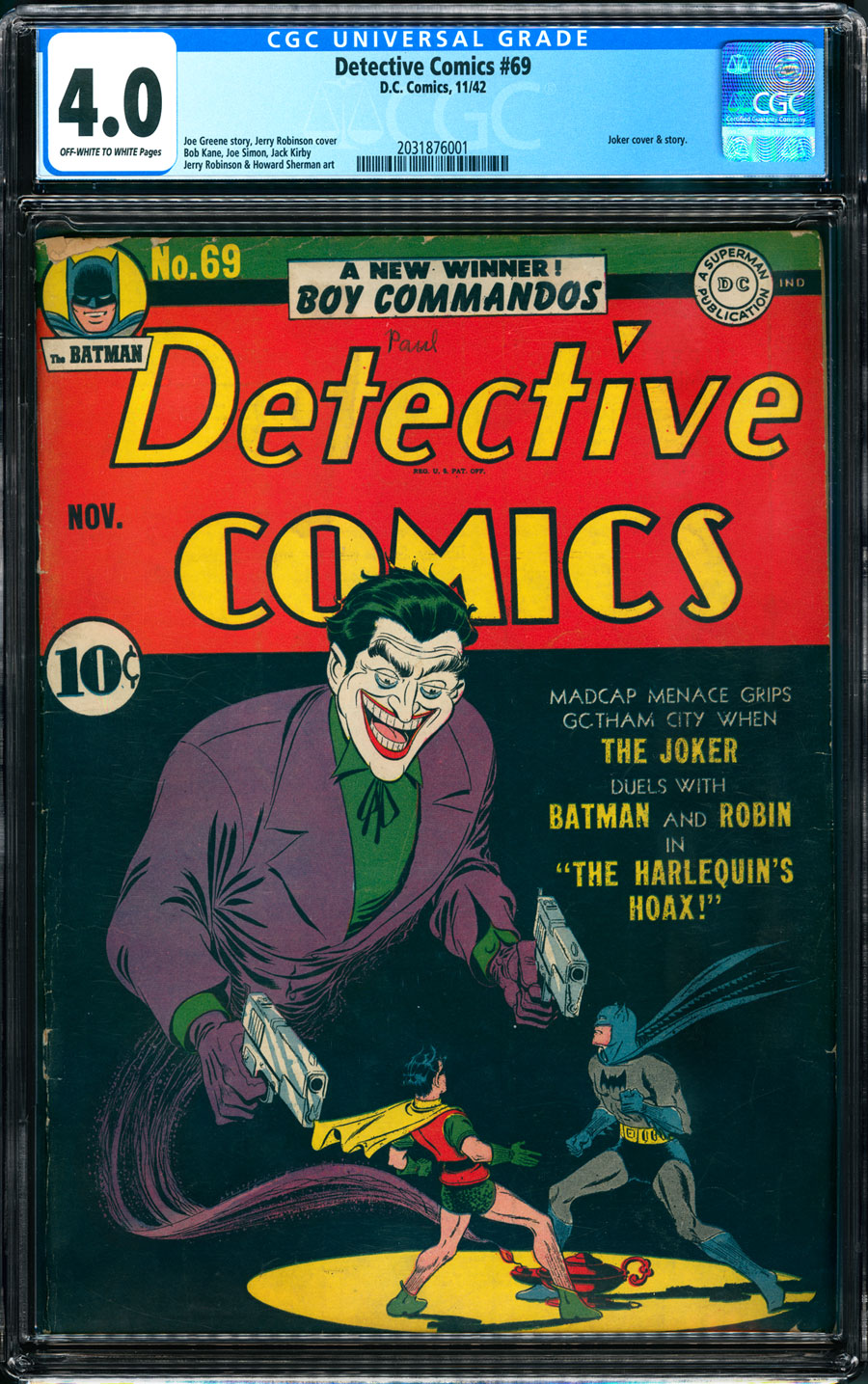 DESCRIPTION
Share This:
ow/white pgs
Bob Kane/Jerry Robinson classic Joker "double guns" cvrThis is one of the best known and beloved Joker covers of the Golden Age. Jerry Robinson's depiction of the Clown Prince of Crime lends him a sense of menace that had been somewhat lacking since the early, pre-Robin era. Enacting a dastardly plot involving mysterious gifts and missing body parts, "The Harlequin's Hoax" story within is a classic Batman mixture of intrigue and action.he cover bears some of the telltale signs of its vintage, which is typically amplified by dark backgrounds. As fortune goes, the central image of the Joker looming over the Caped Crusaders is in commendable condition, free of any serious issues, affording this copy an accessible, respectable VG certification.