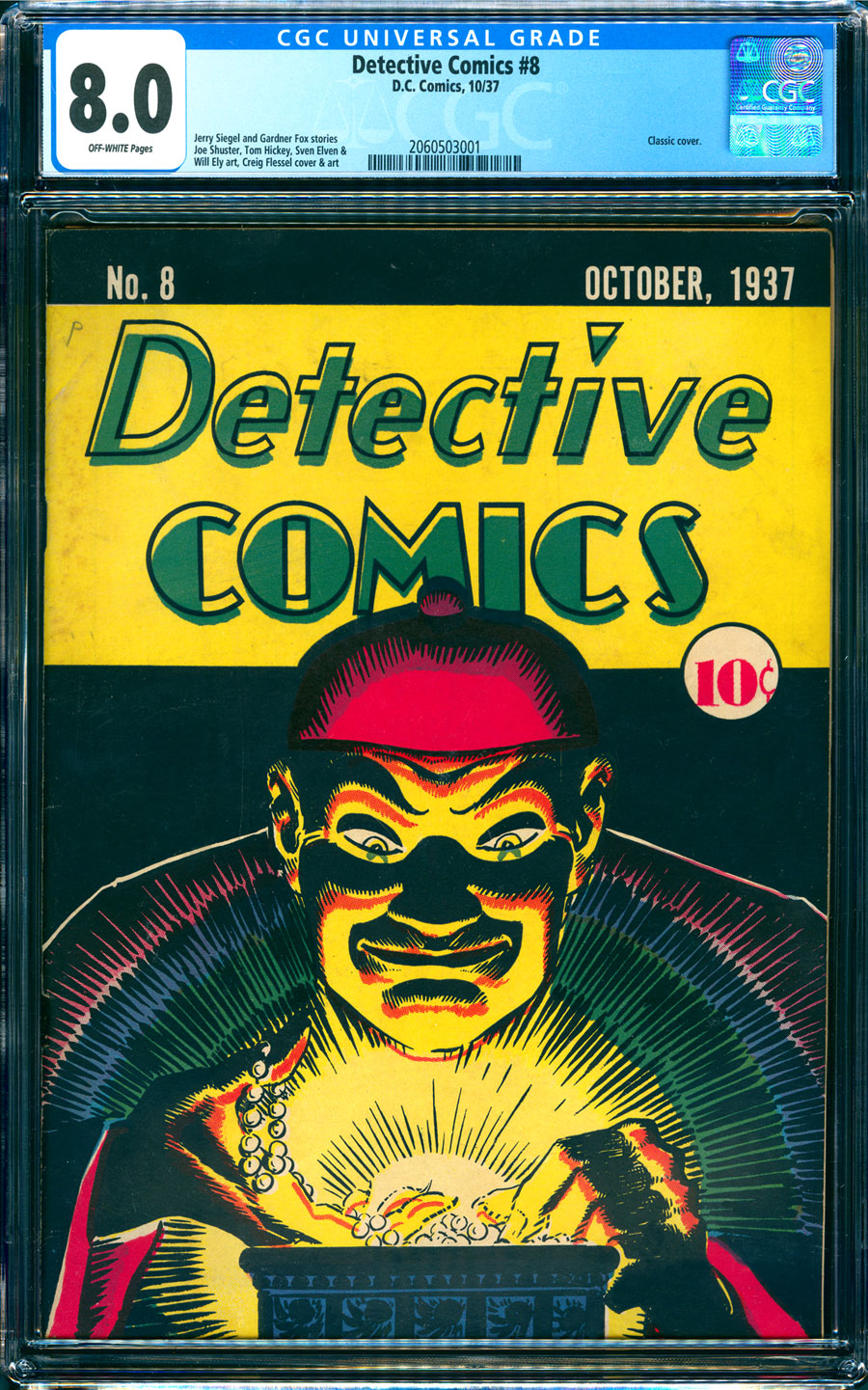 $16,155
Sold For
22
Bids
This auction has ended.
PUBLISHER: DC
COMMENTS: off white pgs; tied for second highest 1 of 2!
classic Flessel Mr. Chang cover (10/37)
Read Description ▼
Sell One Of These Inquire About This

Watch
off white pgs; tied for second highest 1 of 2!
classic Flessel Mr. Chang cover (10/37)Taking its cue from the first issue of Detective Comics, this yellow peril cover expands on the evocative imagery of that famous book. The early, pre-Batman Detectives were a powerhouse in the overstuffed world of crime anthology comics. Introducing some of the more popular stars of the pre-superhero era: series regulars Speed Saunders, Larry Steele, Cosmo, the Phantom of Disguise, and Slam Bradley ruled the roost before caped crusaders crashed the party. The Creig Flessel cover hints at the guilty pleasures in this comic and dares viewers to open the pages to discover just what jewels are contained in this mysterious book.This VF copy is tied for the second-highest certified on the census as brash yellows and deep blacks dominate this exemplary cover. This book seems untouched by time as it has traveled through the ages retaining its solid structure.

Creig Flessel was one of the pioneers of comic art, starting out at the birth of the industry Flessel was a Pulp illustrator who made the transition to comics early on, his most prominent pulp work was on the Shadow, a precursor to hero comics. Flessel was responsible for many of the pre-Batman Detective covers, as well as a variety of anthology features in the title, he was also closely associated with the Golden Age Sandman, he moved on to freelance for some of the B-level publishers after his time at DC, Later in his career Flessel did a lot of ghost work for DC and also drew cartoons for Playboy, he passed away in 2008, but will always be lauded as one of the first comic artists in the history of the form.