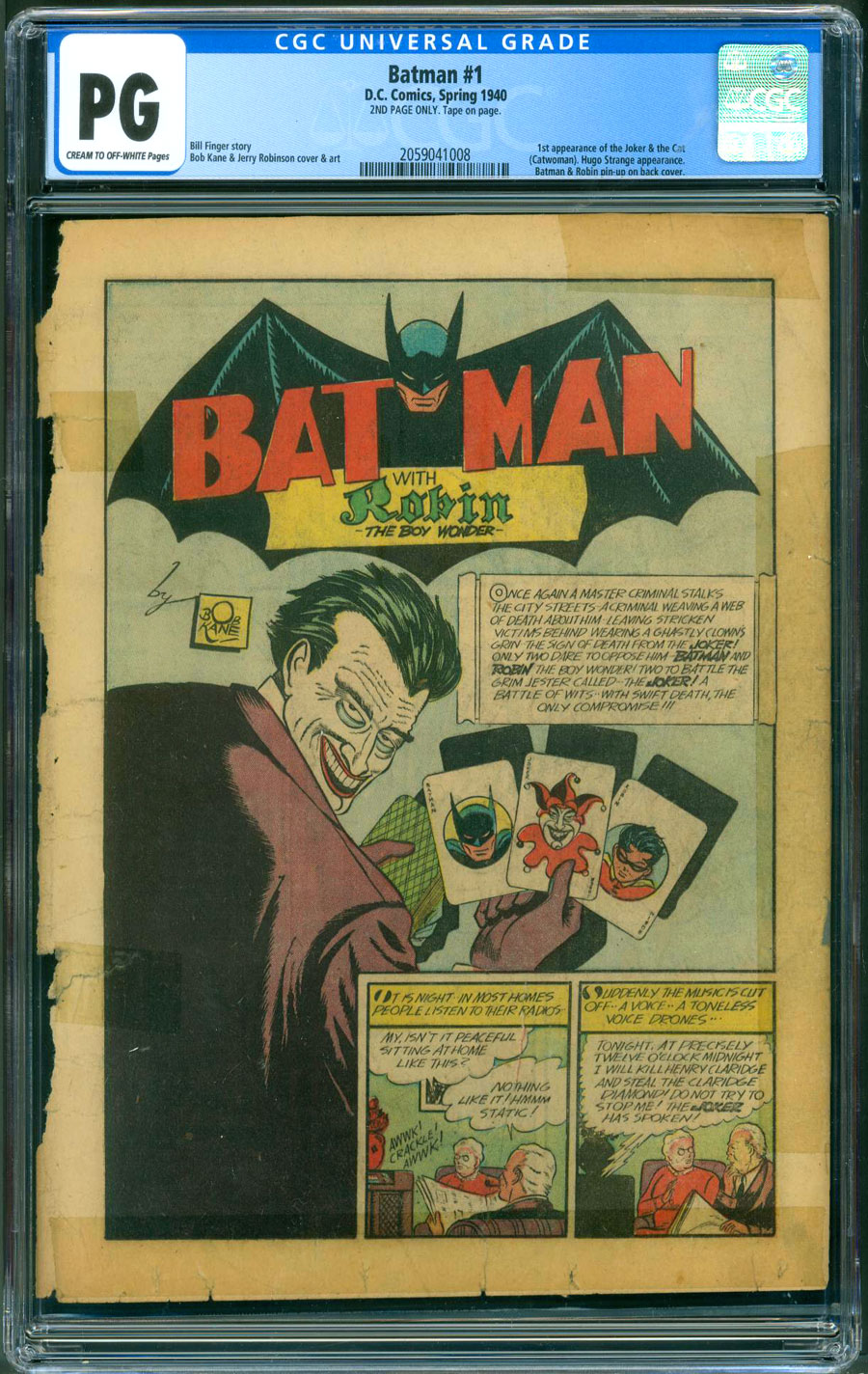 $5,977
Sold For
20
Bids
This auction has ended.
PUBLISHER: DC
COMMENTS: 2nd pg only; crm/ow pg; Joker splash, his first comic panel including his first appearance.
one of the most iconic covers of the Golden Age! 1st app. Joker; 1st app. Catwoman (Spring 1940)
Read Description ▼
Sell One Of These Inquire About This

Watch
2nd pg only; crm/ow pg; Joker splash, his first comic panel including his first appearance.
one of the most iconic covers of the Golden Age! 1st app. Joker; 1st app. Catwoman (Spring 1940)One of the most famous comics of the Golden Age, featuring one of the most iconic covers, Batman #1 is the perfect cornerstone for any new GA collector; an accessible comic that only increases in value and popularity year after year featuring the debut of fan favorites the Joker and the Cat, later dubbed Catwoman.