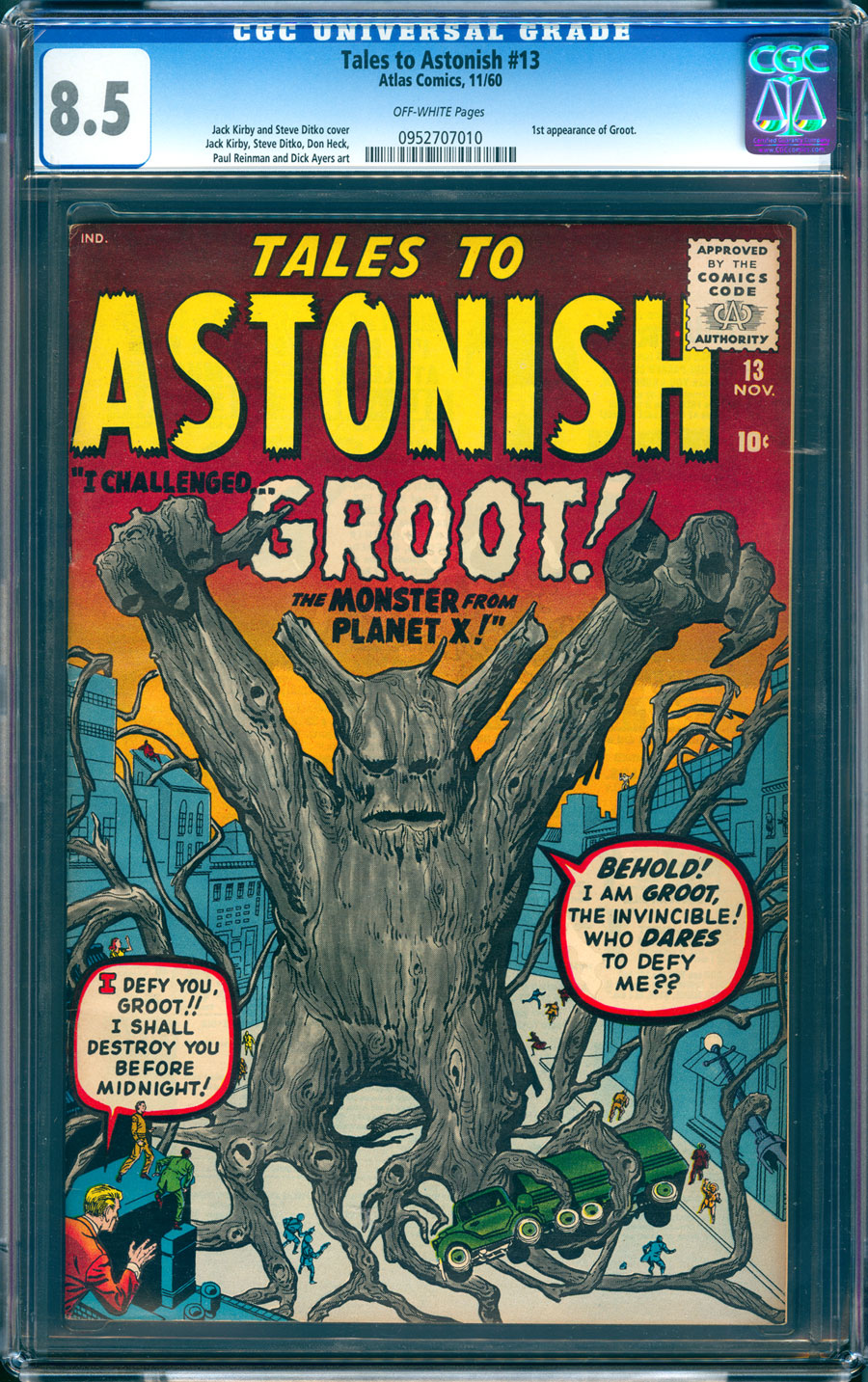 $14,000.00
Last Bid
48
Bids
This auction has ended.
PUBLISHER: Marvel
COMMENTS: off white pgs; only 2 copies graded higher!
Kirby/Ditko cvr; 1st app. Groot from Guardians of the Galaxy
Read Description ▼
Sell One Of These Inquire About This

DESCRIPTION
Share This:
off white pgs; only 2 copies graded higher!
Kirby/Ditko cvr; 1st app. Groot from Guardians of the GalaxyIn the Dutch and Afrikaans language the word "groot" means "large", and the character bearing that name has recently also shared the distinction of becoming large, via the blockbuster film "Guardians of the Galaxy" and subsequent MCU appearances. Life for Groot began in the pages of Tales to Astonish, an imprint that underwent many permutations. Initially envisioned as a bad guy, in this first Groot tale, the "Monarch of Planet X" lands on Earth and quickly begins to absorb wooden objects which cause him to grow in stature, it seems he has designs to take an entire town back to his home world to perform scientific tests, fortunately, he is thwarted by a genetically-modified colony of termites.


Re-imagined in 2006 as a noble, heroic figure, Groot went on to join the second version of the GOTG team along with Star-Lord, Rocket Raccoon, Adam Warlock, Gamora, Quasar, and Drax the Destroyer, and soon, would enter the ranks of Marvel's box-office superstars.


This EA offers a great opportunity to own this unexpected key, in great condition, that straddles the past and the future of the art form simultaneously, take advantage of your chance to say "I Own Groot!" It is important to note that this is the third-highest-graded example on the census.
Overstreet Guide 2019 VF+ (8.5) value = $6,013.