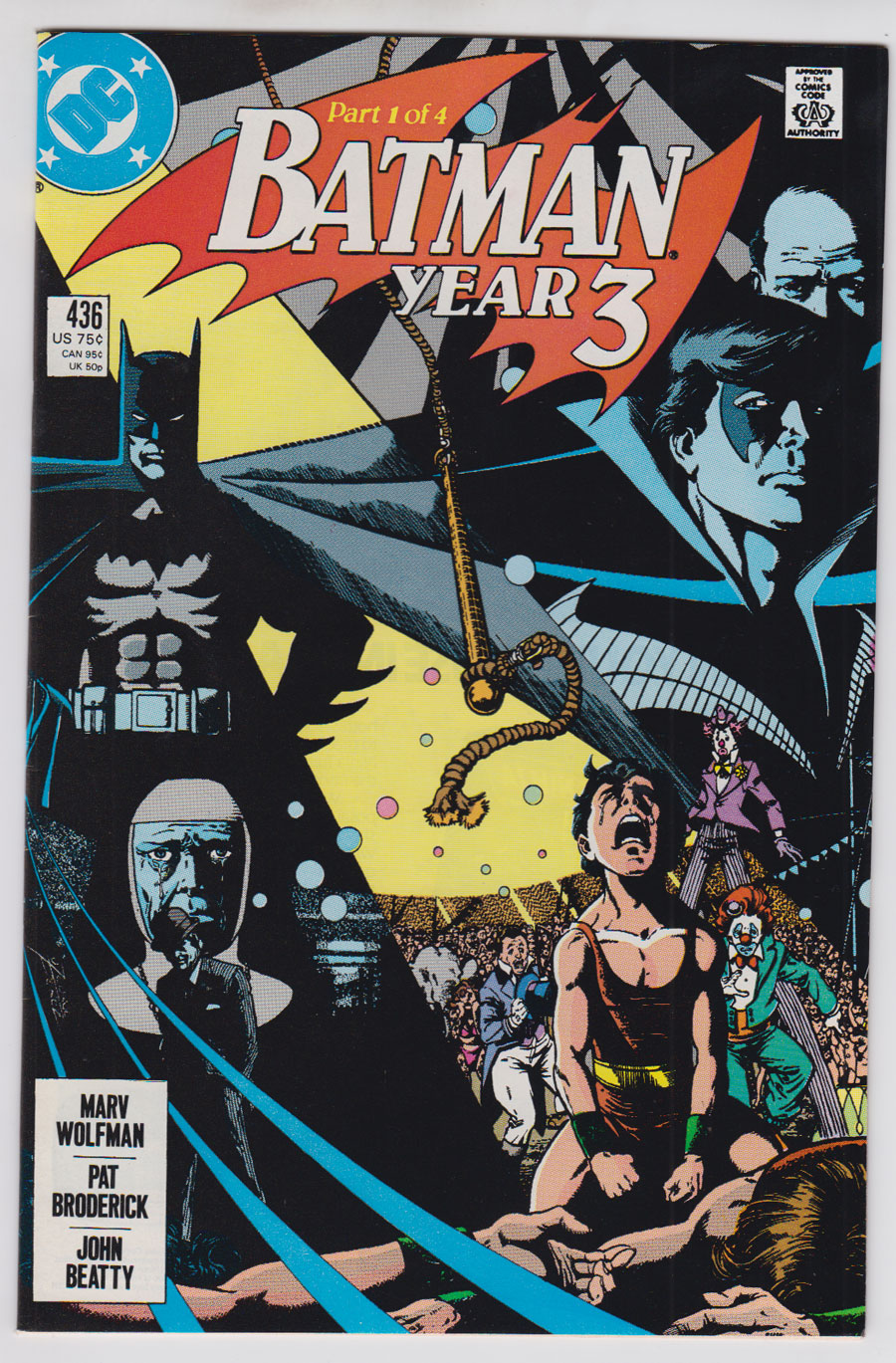 Watch
glossy! white pgs
Year 3 begins; Robin origin retold1st appearance of Tim Drake. Cover art by George Perez. "Batman Year 3 (Part 1 of 4): Different Roads," script by Marv Wolfman, pencils by Pat Broderick, inks by John Beatty; Someone is killing off Gotham's mob bosses, and Batman keeps arriving too late to prevent the murders; Boss Zucco is up for parole, and Alfred Pennyworth pleads with the parole board not to let him free; Nightwing returns to Gotham, having heard that Batman's sanity is eroding, and sets off in search of his mentor; The Post-Crisis origin of Robin (Dick Grayson) in flashback.
Artists Information