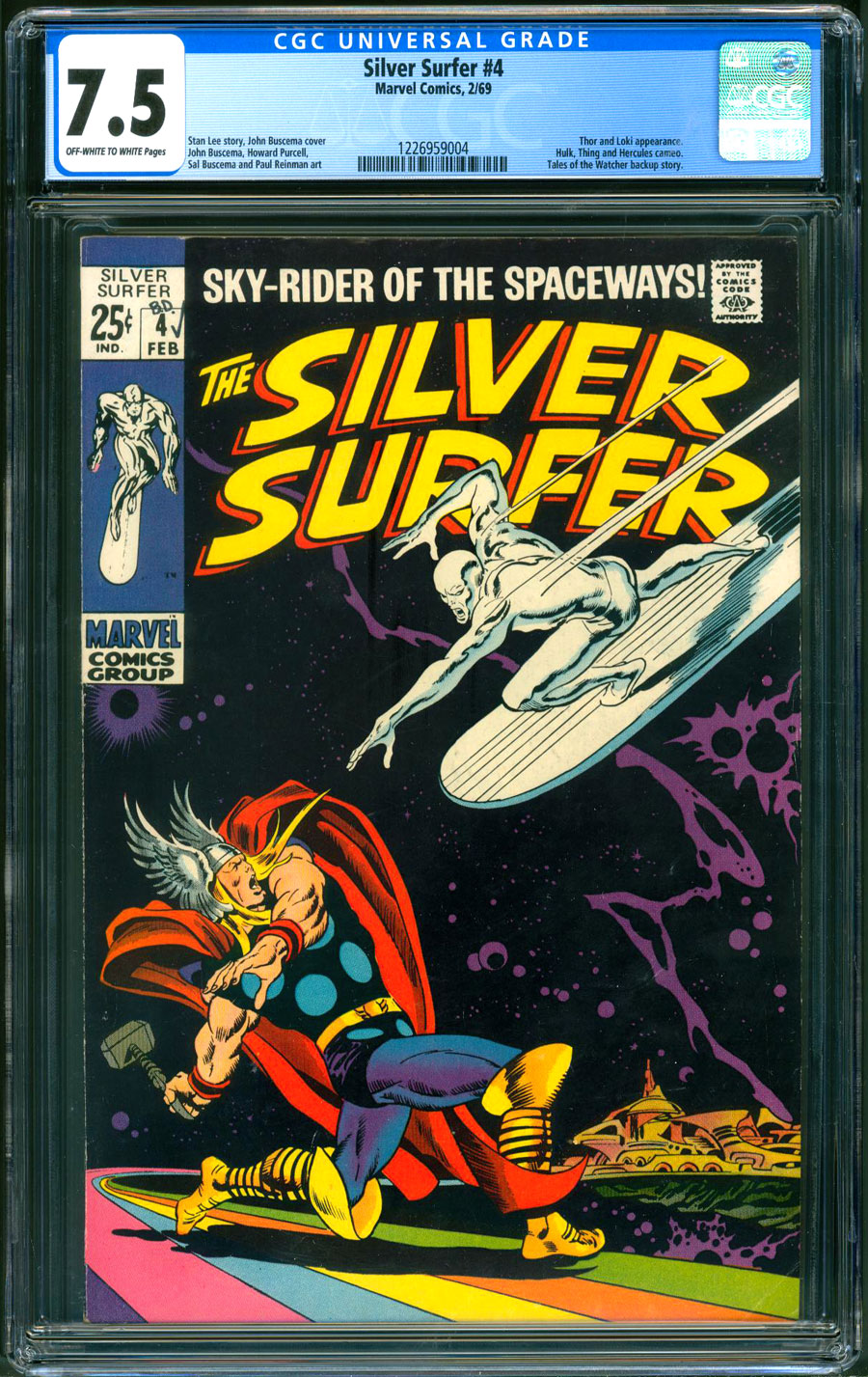 $676
Sold For
12
Bids
This auction has ended.
PUBLISHER: Marvel
COMMENTS: ow/white pgs
classic Thor vs. Silver Surfer cover (2/68)
Read Description ▼
Sell One Of These Inquire About This

Watch
ow/white pgs
classic Thor vs. Silver Surfer cover (2/68)It's a perfect pairing: Marvel's two most otherworldly heroes pitched in battle against one another against a blacklight psychedelic-style background. Never let it be said that Marvel didn't know its audience. This classic throwdown is a perennial favorite of Silver Age Marvel collectors, and is unusually scarce due to its low print run and square bound pressing (leading to higher numbers of damaged or misprinted copies). As a result, issues tend to sell for well above Overstreet value, as collectors vie for the few remaining copies of this action-packed classic.
Artist Information