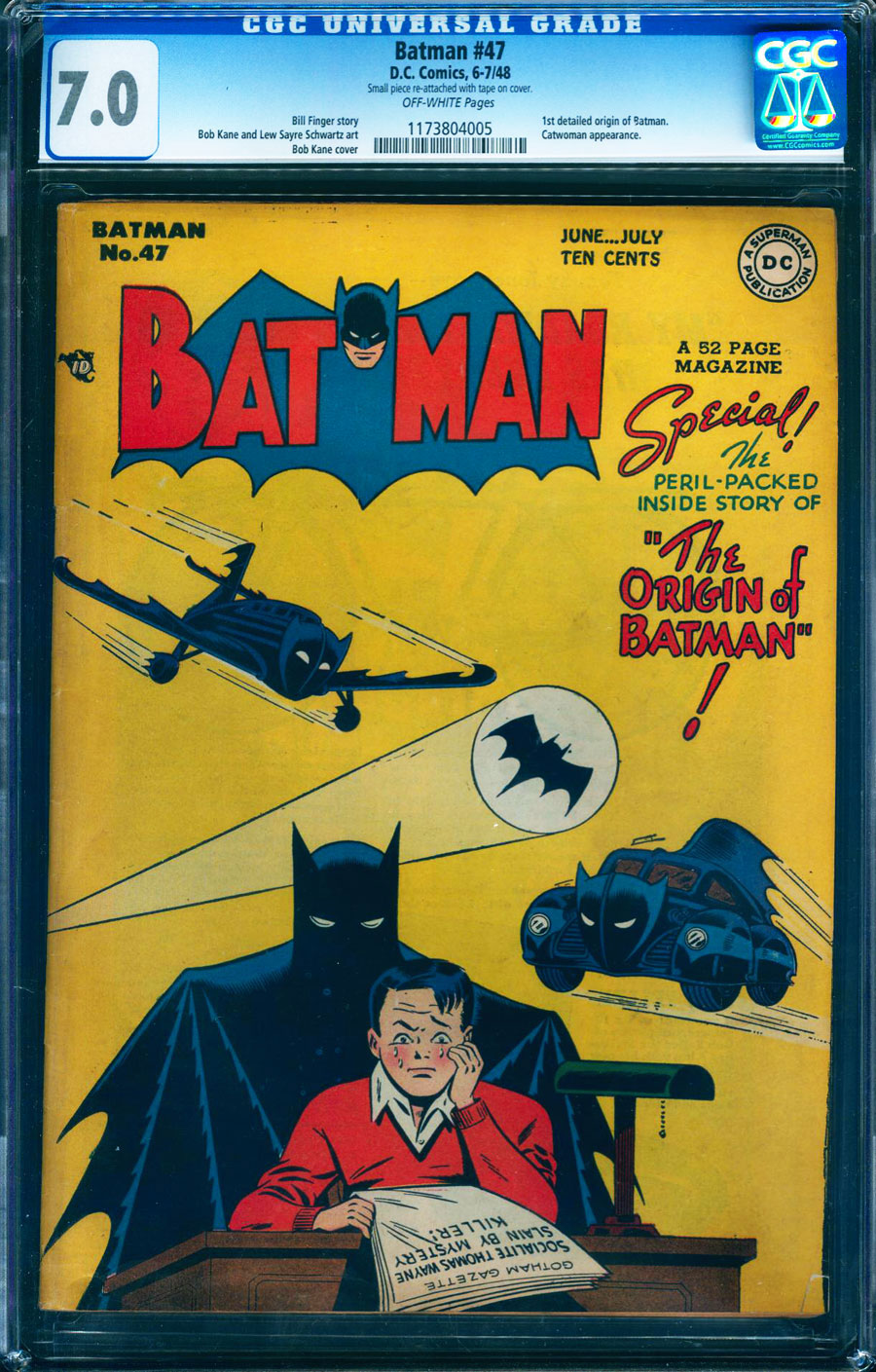 Watch
off white pgs; sm pc re-attached w/tp on cvr
classic Batman origin issue; Catwoman app. (6-7/48)Just as Superman's origin was gussied up for the new, post-WWII era of heroic action, so too did DC add drama and color to the Batman's already iconic origin tale. Previously, all that was known of the Caped Crusader's beginnings came from the crude but affecting one-page debut tale in seen in Batman #1, leaving the door wide open for Batman co-creator Bill Finger to expand upon the hero's dark origins and spin a new tale of revenge. Re-encountering Joe Chill, the boxer-faced thug who murdered his parents, the Dark Knight reveals his secret Bruce Wayne identity to the aging gunman in a startling and still-effective scene that is rightly legendary, and proves that maligned Bat-Daddy Bob Kane could still turn out surprisingly solid work given the right impetus. An instant classic, capped with a cover as revered as any from the first year of Bat-appearances in Detective, this is a major, badly underappreciated key, made even more collectible due to the lower print runs of post-WWII comics and the surprisingly low number of surviving copies in acceptable condition. One of the most important comics published in the late Golden Age, and one of the top five Bat-keys of all time.
Artist Information